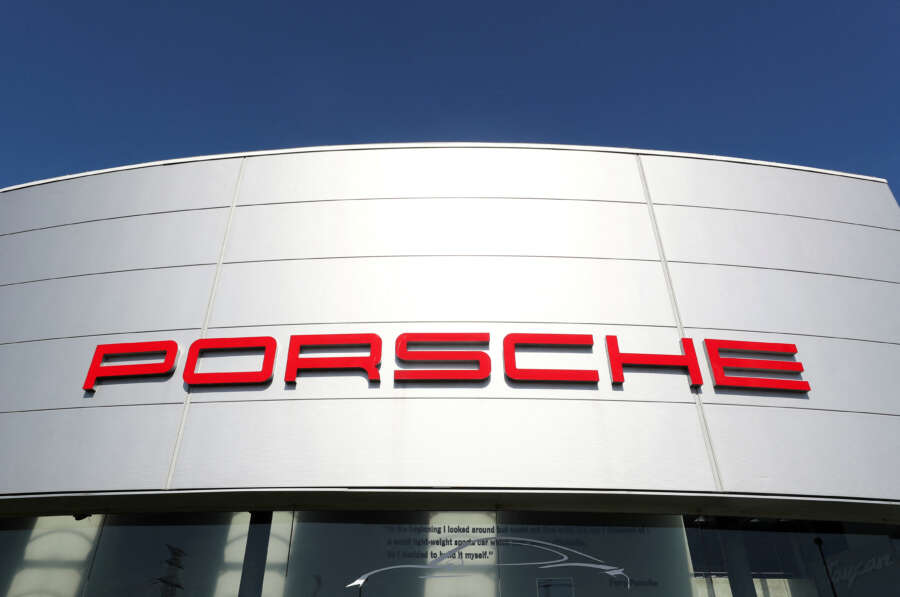 FILE PHOTO: A logo of Porsche is seen outside a Porsche car dealer, amid the coronavirus disease (COVID-19) outbreak in Brussels, Belgium May 28, 2020. REUTERS/Yves Herman/
Headlines

By Lucy Raitano and Andres Gonzalez

LONDON (Reuters) – Porsche’s landmark listing is defying market turmoil giving a welcome boost to a battered pipeline of share sales but the deal is unlikely to open the floodgates, bankers and analysts say, with European listings facing their worst year since 2009.

As market volatility persists amid Europe’s energy crisis and worsening economic forecasts, companies are holding off on their plans to go public.

Volkswagen’s decision to press ahead with the IPO of Porsche is perceived as a one-off deal whose success is closely linked to the appeal of its brand.

European companies have so far raised $44 billion, of which only $4.5 billion comes from IPOs, the lowest amount since the global financial crisis in 2009, according to Refinitiv data.

The slowdown means investment banking fees from European ECM deals have plunged 77% to $1.14 billion, the weakest figure in a decade, according to Refinitiv data.

Dealmakers are in the process of wrapping up orders for the long-awaited Porsche float, a deal that could see Volkswagen raising up to 9.4 billion euros.

The deal, backed by a cohort of cornerstone investors including Qatar Investment Authority and Norges Bank Investment Management, has so far garnered strong investor support.

Fees paid to banks have been capped to 1% of the total money raised from investors in the IPO, which is a small reward given underwriting fees for IPOs in Europe are on average 2% to 3% of the proceeds, according to Refinitiv.

“The positive response to the listing of Porsche is clearly helpful to the overall sentiment, but is not necessarily transformative in terms of activity levels in the near-term,” said Martin Thorneycroft, head of EMEA cash equity capital markets at Morgan Stanley.

The STOXX 600 pan-European index of shares is down around 20% year-to-date, while key volatility trackers remain elevated above levels usually seen as adequate to launch an IPO.

While the pipeline in continental Europe has dried up, the Middle East – which is less exposed to the energy crisis – has been more active, said Barclays’ head of EMEA ECM Lawrence Jamieson, who pointed to six listings currently in the works.

“In the Middle East, there will continue to be a relatively healthy supply, with up to half a dozen or so possible IPOs”, he said.

The European pipeline is thinner, with a maximum of three deals to come, Jamieson said.

“All of them are larger, liquid, more defensive type of names that have been in the pipeline for a while and who hadn’t completely put pens down on preparatory work over the summer,” Jamieson added.

Some European companies such as EQT-backed skincare firm Galderma and Spain’s Mecalux have done most of the pre-work to launch their listing but they are waiting for a better environment to come to market.

“Specific IPO windows will only be open for top notch IPOs, or if there is a clear thesis why to do the listing,” said Thorsten Pauli, head of ECM for Germany, Switzerland and Austria at Bank of America.

“The pipeline is still there and a lot of companies still want to come to market, they recognise that they will have to be patient and wait for 2023 or look for alternatives”, said Suneel Hargunani, co-head of EMEA capital markets at Citi.

Going forward, as interest rates continue to rise and companies look for financially efficient ways of refinancing their balance sheets, equity capital markets are likely to see a surge in convertible bond activity.

“We will see many more convertibles and mandatory convertible instruments because some issuers don’t have many alternatives, and investors are still very keen,” said Andreas Bernstorff, head of equity capital markets at BNP Paribas.

“There are two reasons: companies raising capital to finance acquisitions are going to be very careful about issuing straight stock and, secondly, because the hybrid market is so difficult”, Bernstorff added.