Home Technology POWERED BY POO: Ten weird and wonderful alternative energy sources that could soon be powering our homes and workplaces
Technology

POWERED BY POO: Ten weird and wonderful alternative energy sources that could soon be powering our homes and workplaces 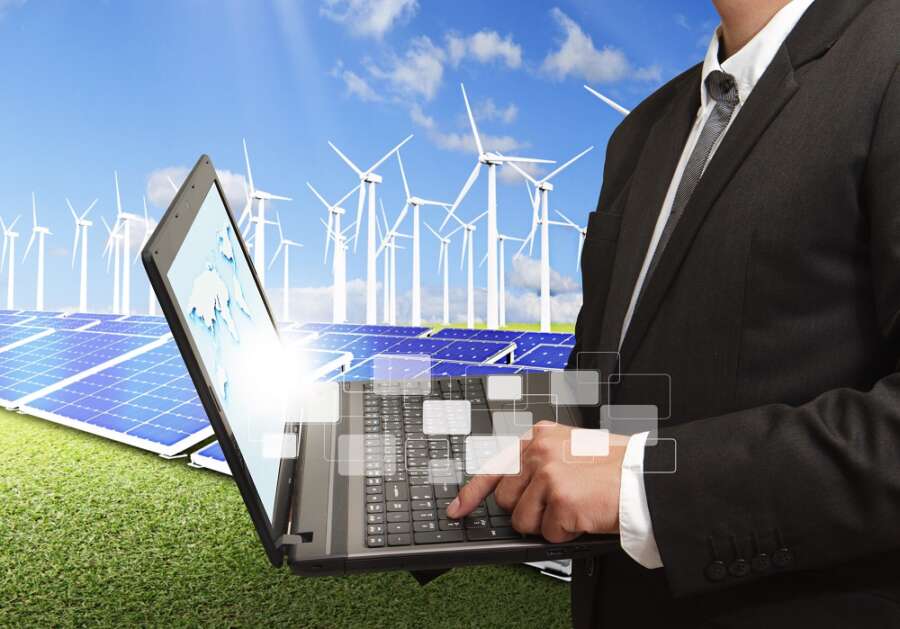 2,000 new homes in Kingston Upon Thames to switch energy and be ‘powered by poo’

The whole world is currently in the ‘climate change decade’, the timeframe in which many experts believe we need to make big changes with regards to the energy we use. It’s vital then that new energy sources are explored before we face the serious consequences of the surface of the earth warming up. These changes will cause extreme weather, flooding, fires and even losing whole species of plants and animals.

Luckily, there are scientists across the globe, and right here in the UK, who are trialling some of the more unconventional, ridiculous, and, in some cases, unsavoury energy usage solutions to provide cheap, green energy plans to the masses. Dancing in the kitchen could power your kettle and the waste from a bathroom could be used to power your shower.

According to recent research compiled by energy experts at money.co.uk, these things are not too far off reality. Money.co.uk consulted with several scientists and researchers from around the globe to reveal the ten sources of renewable energy most likely to be powering our homes and workplaces in the near future.

The Insight reveals that 2,000 new homes in Kingston Upon Thames are set to be powered by poo, otherwise known as biogas energy, a groundbreaking scheme that utilises excess heat from human waste in sewage plants to generate electricity led by Thames Water.

Sarah Bentley, Thames Water CEO, said: “Not only do we provide life’s essential service, clean and fresh drinking water to millions of customers every day, but we also create reliable, affordable, and sustainable power by processing sewage. For us, the next stop is net zero.”

Kinetic floors are the latest technology when it comes to energy harvesting from innovative sources: the tiles transform your footsteps into electricity, which can power everything from street lighting to interactive adverts. The London Underground already features these clever tiles to generate energy, so it won’t be long before we see, and step on, more of these in everyday life.

If number twos can power our homes, then why not number ones? Pee power or a Microbial Fuel Cell energy system has been developed by Bristol University and is set to be trialled for the first time in a residential setting this year. The property in question will be the only home in the world to use ‘pee power’ as an energy source for electricity.

After successful pilot projects, Ivory Coast has begun work this year on a biomass plant that will run on cocoa waste. The facility will be based in Divo, a town that produces a large share of the country’s cocoa. Cocoa plant matter left over after cocoa production will be burned in the biomass plant, helping to turn a turbine and generate electricity, much like a conventional fossil-fuel power plant. Guess cocoa really does have the power to give us more than a sugar kick!

The first solar roads trialled in France proved to be a flop, as they literally crumbled, but scientists in Germany and Austria think they have a better solution. The solar highway features solar panels on a canopy over existing highways. There’s a three-year plan in place to explore how they can cover the 13,000km highway network, but based on the power consumption of Germany in 2019, a solar highway would cover 9% of total power consumption. That’s equivalent to ⅓ of energy needed to power each and every home.

Some would call this one dead heat. In the UK 79% of people are now cremated, which is around 470,000 people each year spread across the UK’s 300 crematoriums. A single cremation alone is to power 1,500 televisions. A crematorium in Durham was the first back in 2011 and since then we’ve seen the Aalborg crematorium in Denmark make money by selling heat to nearby villages and another in Redditch, UK, warms waters of a nearby swimming pool with the heat it produces.

The key lies in a jellyfish’s green fluorescent protein (GFP), which is what gives some jellyfish their eerie glow. This substance reacts to UV light and excites electrons. Whilst the first discoveries were made through having to blend jellyfish together, scientists are now able to isolate the protein and synthesise it in a lab, making it an altogether more vegan-friendly option. The process of making solar panels is very energy-intensive. If this silicon could be replaced with jellyfish GFP, this energy-consuming process could be lessened.

A car powered by Scottish seaweed has successfully completed a 50-mile journey as part of an international project to develop greener fuels. The vehicle set off from the Danish Technological Institute in the city of Aarhus and took a test drive on typical city roads and motorways to allow scientists to see how it performed. It was part of an EU-funded project called MacroFuels, which has been developing cleaner alternatives to standard petrol and diesel by making biofuels derived from seaweed and algae.

One of the biggest malls in America (it even has its own zip code) the Mall of America in Minneapolis is warmed in part by recycled heat from its shoppers. The only heated areas are the entranceways, so the rest of the mall cleverly uses lighting fixtures, skylights and body heat from over 109,000 average daily visitors and store staff. This system does such a good job that even in the winter where the outside temperature can go below freezing, the mall uses an air conditioning system to keep it at a comfy 21 degrees / 70F temperature for shoppers.

With more than 55 million cows, Argentina is a leading producer of beef. Methane from cows is 23 times more effective than carbon dioxide at trapping heat in the atmosphere. It’s why researchers attached balloon-like plastic packs to the backs of ten cows. Each pack had a tube from the animal’s stomach that collected the gas.

Whilst the backpacks are a bit of a novelty, there is a very real opportunity to generate electricity from methane digesters on dairy farms which can be used on site. This captures the methane from manure and reduces the farmer’s energy costs. The surplus can then be sold to a public or private utility, replacing the need for power from fossil-fuel plants.

Also helping in the battle against climate change are professors and students at Universities across the UK, who are also comparing energy from unconventional sources, from aeroplane vibrations to tidal wave power.

Ben Gallizzi, energy expert at money.co.uk, comments: “With energy consumption set to double by 2050*, we set out to find the most interesting energy trials and green energy schemes from the world’s best scientists. We were fascinated to find out that, in the not-so-distant future, dancing in your kitchen could power your kettle and the waste from your bathroom might be used to power your shower.

“One of the main advantages of green energy sources is that they don’t require transportation or associated fuel costs. This is often taken into account by electricity suppliers, meaning better electricity prices for the end consumer.

“This could mean big changes to what consumers look for when searching for the best green energy deals in the future and imagine what our energy comparison sites might look like by 2035 if we are comparing energy deals on poo power versus pee power?”

For further guidance on how you can switch energy and read the top ten most unusual green energy resources around the world, please visit https://www.money.co.uk/energy/powered-by-poo