Home Leadership Powerful women in business – the challenges, the opportunities and the journey
Leadership

Powerful women in business – the challenges, the opportunities and the journey

By Bukola Adisa, the founder and CEO of Career Masterclass which is a platform dedicated to enabling the progression of Black and Minority Ethnic professionals in the workplace.

For an increasing number of women across the globe, entrepreneurship presents an opportunity for women to achieve the work-life balance that is so important to them, contribute to the economy, and rise to leadership positions, on their own terms.

According to an article in Wired, Women-owned businesses contribute £105 billion to the UK each year. They have the potential to contribute an additional £250bn if women started and scaled a business at the same rates as men.

However, a lack of access to funding is one of the most critical challenges women in business face. Crunchbase data from 2020 show that not only did total VC funding to female-led startups fall, but the proportion of dollars that went to female-only founders also declined, to 2.3 percent, compared to 2.8 percent in 2019.

Furthermore, statistics also indicate that companies founded by a team of all men receive funding after their first-round close to 35 percent of the time; for women, the number is less than 2 percent. Without financial support, female entrepreneurs struggle to scale their companies.

While this funding gap is a serious issue that needs to be addressed, alternative sources of funding such as 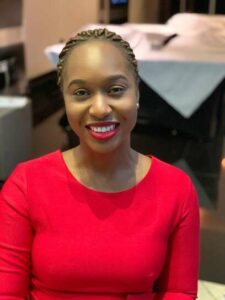 women-led angel networks and equity crowdfunding provide a novel opportunity for women entrepreneurs to access the capital they need to grow their businesses. At Career Masterclass, we have recently taken the equity crowdfunding path via the Seedrs platform to raise capital for the next phase of our growth. The campaign has done extremely well, with over £300k raised barely 2 weeks after going live to the public.

Another challenge women readily face is the lack of access to networks. While men typically have their ‘old boys networks’ and network constantly, the demands of raising a family and the burden of being the primary caregiver at home places women at a disadvantage when it comes to networking. As a result, female entrepreneurs often lose out on building professional communities, which holds them back from finding and building valuable relationships with investors, partners and mentors, all of which are key to business success.

Thankfully, the internet has democratised access to new connections and, and now, meeting an industry mentor or subject matter expert for ‘virtual coffee’ is just a few clicks away. Women also need to take advantage of the many women-focused accelerator and mentorship programmes that are designed to bridge that gap. In my own journey, I’ve found that mentors and sponsors have been invaluable as they have provided advice, encouragement support as well as facilitated valuable introductions.

The journey to achieving true equality in outcomes for business and enterprise success is still long and we have a way to go. The good news is that the focus has never been sharper and I strongly believe that with targeted initiatives and increased efforts by organisations and governments, the tide will turn and as a society we will start to reap the benefits of sustainable economic growth that is unlocked when the potentials of talented female entrepreneurs are fully unlocked.

The changing face of leadership: how businesses can...

Managing from Home: How to Lead A Team...

5 leadership lessons every manager must learn

How young people can benefit from a nudge...

How to spot a resilient business

78% of IT Leaders Plan to Increase Spending...