Home Business PRINT IS DEAD? NOT IN THE BOOMING WORLD OF OFFLINE MARKETING
Our website publishes news, press releases, opinion and advertorials on various financial organizations, products and services which are commissioned from various Companies, Organizations, PR agencies, Bloggers etc. These commissioned articles are commercial in nature. This is not to be considered as financial advice and should be considered only for information purposes. It does not reflect the views or opinion of our website and is not to be considered an endorsement or a recommendation. We cannot guarantee the accuracy or applicability of any information provided with respect to your individual or personal circumstances. Please seek Professional advice from a qualified professional before making any financial decisions. We link to various third-party websites, affiliate sales networks, and to our advertising partners websites. When you view or click on certain links available on our articles, our partners may compensate us for displaying the content to you or make a purchase or fill a form. This will not incur any additional charges to you. To make things simpler for you to identity or distinguish advertised or sponsored articles or links, you may consider all articles or links hosted on our site as a commercial article placement. We will not be responsible for any loss you may suffer as a result of any omission or inaccuracy on the website.
Business

PRINT IS DEAD? NOT IN THE BOOMING WORLD OF OFFLINE MARKETING 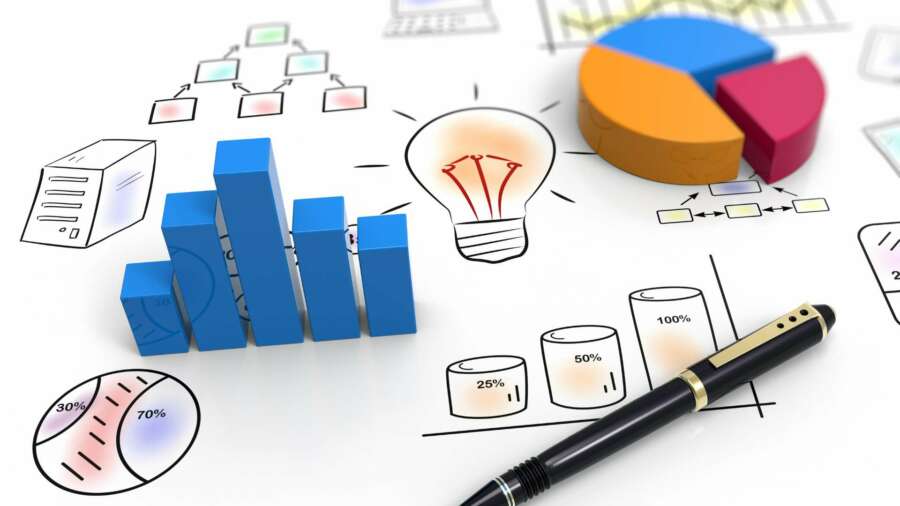 While we’ve seen a massive revolution in digital/online marketing over the last two decades, it’s wrong to say ‘print is dead’ or that offline marketing is old-fashioned, far from it.

In our experience – and we’ve been operating since 1995 – offline marketing is bucking the trend of other forms of print and is being increasingly used by top brands to boost online sales and traffic.

For me, marketing is marketing – it doesn’t matter if it’s a massive billboard, a PR stunt, or a PPC campaign – a successful outcome is driving traffic wherever you want it to go to sell your product.

In our arena – which is B2C retailers such as HelloFresh, Beer52, and Radley – they want to drive traffic to their site or store, and offline is just one of the methods you can use.

By us putting offline on a level playing field with online, in terms of being able to measure and monitor in similar terms, that’s where we’ve been able to add real value which has fuelled our growth. In the last 12 months, our turnover has grown by an incredible 44% to over £5 million, and the PSE team has increased by almost 50% in the same period.

Back in the 1990s, support in marketing was design and brand-led – it was making something look nice; it needed to be functional, but it was mostly around how it enhanced the brand.

People still want that now, but they also want to know how much return they get for every pound they put in, and that has been created by online and pay per click – you can see in real-time what you pay and what you get in return, and so people have got used to that world.

However, a lot of the offline world had missed that – it was a case of ‘let’s keep sending it out’; the odd place would use a redemption code and might track that or look at their sales, but it was often as general as ‘we’ll send out 100,000 sales catalogues and notice a sales spike afterward’.

Conversely, many young marketing managers had little awareness of what offline marketing could offer – they might have spent a few days in the whole of their degree studying the topic; having exhausted all other channels, they look to give offline a go. The problem is, through no fault of their own, they often don’t have that skillset internally; offline has a lot more processes to get a campaign off the ground – design, materials, production, personalisation, approval, working with the mailing house – and that can scare the hell out of them. Fortunately, companies like ours have over 25 years’ experience, making it possible for places who’ve never touched offline to use it, because they don’t have to worry about all of the detail.

Marketing is ultimately investing some money to get more back; we say offline is just one of the methods, and for some brands and products, it will work way better for them than online.  It’s also worth mentioning that there are multiple offline channels and the right channels need to be closely matched depending on the brand, product, and outcome you’re looking to achieve.

A good example is our recent work with the FA on the Women’s Euros, where they wanted to promote the event at particular stadia to make people aware they could watch the tournament live. Because it focused on specific areas, a Door drop campaign was absolutely the best marketing channel for that campaign, with some great results – much like the Lionesses themselves!

One thing to bear in mind with offline marketing when it comes to acquisition campaigns; it works best for retailers with average basket values of around £150. When you’re talking about an average basket of £50, it will wash its face, but it doesn’t pull up any trees (unless you’re a subscription business or have a LTV focus). Offline is generally more expensive per send [than online], and so you need a bigger response rate to make it work, but when you start to get into £150 baskets, you are very likely to be seeing a profit right from your first campaign at the same time as acquiring a new customer.

Another key factor with offline marketing is time; our whole approach is about long-term sustainable growth, it isn’t quick wins but the fundamental basics of doing the right things consistently over time to learn and improve with every campaign.

We need to understand the data coming in from a campaign – targeting, learning, refining and improving, and looking at different channels, so you’re making a good sustainable profit over the long term.

The analogy we use is putting a bet on a 100-1 long shot horse – it ‘could’ win, and if it does, it’s very exciting, and if you do that once a year over 20 years, you might get one win if you’re lucky – but generally you’ll be throwing your money away. With offline marketing, running one ad hoc campaign and hoping it works isn’t the way to do it; the true benefit is probably 12 months away, but often the whole world wants everything now… or yesterday!  So it isn’t always at the forefront of marketers’ minds when it really should be.