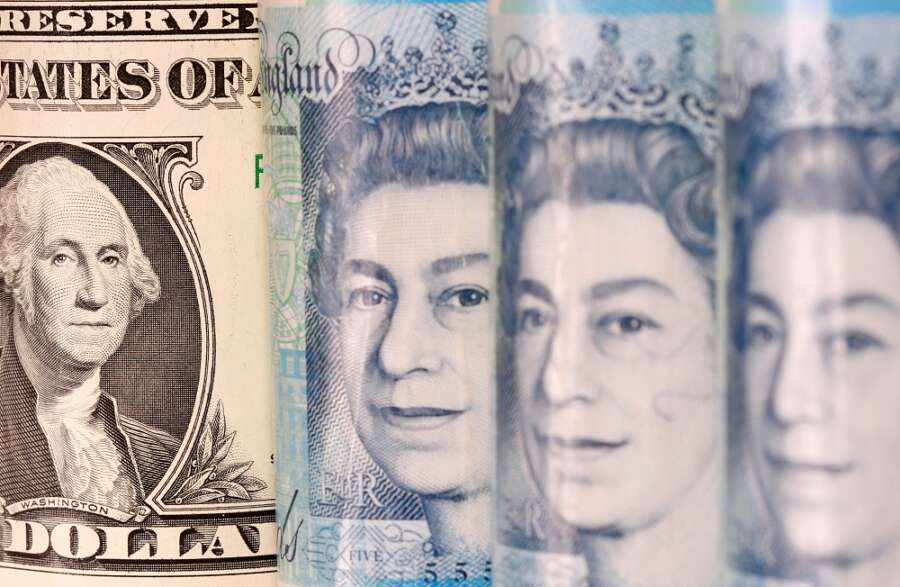 LONDON (Reuters) – The pound touched a new 37-year low against the dollar on Wednesday after Russian President Vladimir Putin’s accusation of “nuclear blackmail” by the West boosted the safe-haven dollar.

An expected interest rate hike by the U.S Federal Reserve (Fed) later in the day played into market sentiment, with eyes also on a Bank of England rate decision and a new government mini-budget this week.

“This morning’s dip is primarily a function of the Russia news. Sterling also generally trades in line with risk appetite which is one reason it has been so weak this year,” Colin Asher, senior economist at Mizuho Corporate Bank, said.

The pound has lost 16% in value against the dollar so far this year, as fears of a global recession have mounted, alongside flaring geopolitical tensions and soaring inflation.

Sterling traders are looking ahead to an expected interest rate hike on Thursday by the Bank of England (BoE), which is struggling to protect the economy from a cost-of-living crisis, as well as the domestic fiscal policy implications of a planned mini-budget from the government of newly-installed Conservative Prime Minister Liz Truss.

“It’s a little bit tricky for the Bank of England because their current forecasting modus operandi suggests they will only take into account announced government policy,” Asher said.

Money markets are fully pricing in a 75-basis point increase by the BoE, with a 50-basis point rise a more distant possibility, in the face of red-hot consumer inflation and slowing growth.

After Thursday’s BoE meeting, new finance minister Kwasi Kwarteng will update parliament on his first “mini-budget” which will be aimed at supporting households and businesses through the coming winter and is likely to include tax cuts.

“There are concerns about the sustainability of such an expansionary fiscal policy, in tandem with the news of plans to cap energy bills, it’s still a pretty bad combination for the pound at the moment because the market is not trusting that the measures are going to be effective or sustainable,” said Francesco Pesole, FX strategist at ING.