Home Business Recruiting with AI and Big Data
Our website publishes news, press releases, opinion and advertorials on various financial organizations, products and services which are commissioned from various Companies, Organizations, PR agencies, Bloggers etc. These commissioned articles are commercial in nature. This is not to be considered as financial advice and should be considered only for information purposes. It does not reflect the views or opinion of our website and is not to be considered an endorsement or a recommendation. We cannot guarantee the accuracy or applicability of any information provided with respect to your individual or personal circumstances. Please seek Professional advice from a qualified professional before making any financial decisions. We link to various third-party websites, affiliate sales networks, and to our advertising partners websites. When you view or click on certain links available on our articles, our partners may compensate us for displaying the content to you or make a purchase or fill a form. This will not incur any additional charges to you. To make things simpler for you to identity or distinguish advertised or sponsored articles or links, you may consider all articles or links hosted on our site as a commercial article placement. We will not be responsible for any loss you may suffer as a result of any omission or inaccuracy on the website.
Business

Recruiting with AI and Big Data 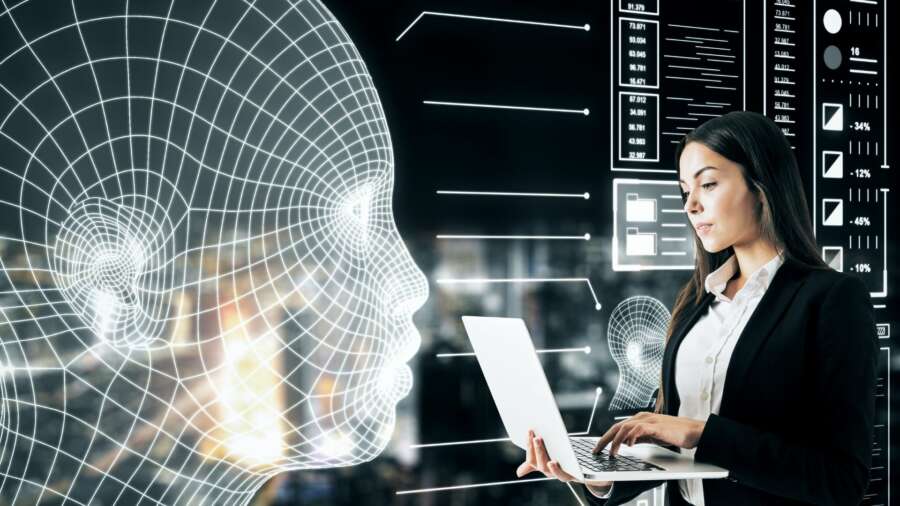 By Ryne A. Sherman, Hogan

As companies compete for talent and the attention of well-qualified job candidates, the role and impact of recruiting has greatly expanded. Recruiting can be traced at least back to the ancient Roman and Egyptian civilizations with modern staffing agencies emerging during WWII. No matter its origin, recruiting has always been about efficiency and is often quick to adopt new technology. For example, improved computing through the 1980s and the emergence of the internet at the turn of the century, saw major changes in recruiting, including the introduction of Applicant Tracking Systems. It is no surprise then that advances in artificial intelligence (AI) and big data analytics are revolutionizing recruiting yet again. In this article I discuss both the potential and the pitfalls that AI and Big Data have for recruiting.

AI and Big Data offer two big promises to the recruiting industry. The first promise is to improve recruitment accuracy. The idea here is simple: more data about candidates (Big Data) combined with the latest analytic technology (AI) will yield more predictive results. That is, recruiters will be able to more accurately identify which candidates are best suited for which jobs. The evidence seems to support this idea. AI and Big Data have been used to improve accuracy in everything from chess to medicine, so it is logical to assume that the same techniques can be used to improve recruiting accuracy. The second promise to the recruiting industry is huge savings in terms of time and effort. AI and Big Data bring the appeal of automation to the recruiting industry. One of the largest costs for most companies is personnel, and it is no secret that replacing personnel with automation offers huge cost savings. Imagine, for instance, a recruiting algorithm that scans millions of social media profiles and connects that data with public records to instantaneously determine the best fitting candidates – candidates who didn’t even apply – for any given job. The technology for doing so is already available and recruiting firms are undoubtedly already employing these methods to improve accuracy and save on costs.

However, there are at least three significant downsides to algorithms generated by AI and Big Data for recruiting. The first question concerns the actual accuracy of these algorithms. That is, how well do they actually predict job performance? Can they do better than interviews? Traditional assessments? Thus far, the answer is unknown. Some of the best algorithms for judging personality, for instance, show only fairly weak to moderate degrees of accuracy. But there is even less known about the ability of these algorithms to predict job performance. While it is clear that automated algorithms have a huge advantage in terms of speed / cost, it is unknown whether tradeoffs in accuracy are worth it in terms of efficiency. That is, how many people would you be willing to “wrongly” recruit for an algorithm that was 1,000 times less costly? This question remains completely unanswered so far.

A second downside to using AI and Big Data for recruiting is unfair discrimination. It’s been nearly two years since Amazon infamously abandoned its AI-powered recruiting tool that was biased against women. The thing to keep in mind with any machine learning tool is that the computer can only learn from the data it is given. In the case of performance data, if those data are biased against any particular group, the computer will learn this bias and, very often, begin to overemphasize it. If you want to understand how this can happen to perfectly innocent organizations, I recommend visiting the “Survival of the Best Fit” website to see how it can happen firsthand. Even seemingly insignificant biases can have a huge effect when applied to millions of job seekers. Recruiters employing this sort of technology will need to be very careful in building their algorithms and testing them for bias.

The third concern with using AI and Big Data to automate recruiting concerns the potential to game the system. As the recent standardized test scandals in the US show us, when the stakes are high, people will resort to all sorts of unscrupulous tactics to get an edge. Some years ago, researchers found a small, but statistically significant relationship between liking curly fries on Facebook and IQ. When this finding hit newsstands, millions of people rushed to their Facebook accounts to “like” curly fries. Of course, once this happened, the former small relationship disappeared completely. Liking curly fries is no longer associated with IQ. While this example is a bit amusing and non-consequential, any recruiting algorithms that could have been using curly fries might have been completely ruined. This phenomenon isn’t new. People have been resume stuffing to trick hiring algorithms that read resumes for years. This technique involves putting lots of recruiting keywords on resumes in white font. The human reading the resume can’t see it, but the computer reads them. Social media profiles are subject to the same sort of “faking.” If you aren’t sure, look up the term finsta (short for fake Instagram). Big picture, when the stakes are high, people will look to exploit holes in the automated system (holes that are easily covered by humans). They will create fake social media profiles. In fact, entire consulting firms dedicated to curating the perfect social media profile for any job will emerge. It is unclear how AI-based recruiting can handle the problem of faking.

To summarize, AI and Big Data offer huge potential in terms of accuracy, cost, and ultimately efficiency to the recruiting industry. However, there are at least three problems that these methods will need to solve before that potential can be realized: accuracy, fairness, and faking. Until these problems are solved, using AI and Big Data in recruiting will come with significant risks.