Home Business Remote managers killing culture – 60% of professionals report feeling ‘disengaged’ due to lack of face time with leaders
Our website publishes news, press releases, opinion and advertorials on various financial organizations, products and services which are commissioned from various Companies, Organizations, PR agencies, Bloggers etc. These commissioned articles are commercial in nature. This is not to be considered as financial advice and should be considered only for information purposes. It does not reflect the views or opinion of our website and is not to be considered an endorsement or a recommendation. We cannot guarantee the accuracy or applicability of any information provided with respect to your individual or personal circumstances. Please seek Professional advice from a qualified professional before making any financial decisions. We link to various third-party websites, affiliate sales networks, and to our advertising partners websites. When you view or click on certain links available on our articles, our partners may compensate us for displaying the content to you or make a purchase or fill a form. This will not incur any additional charges to you. To make things simpler for you to identity or distinguish advertised or sponsored articles or links, you may consider all articles or links hosted on our site as a commercial article placement. We will not be responsible for any loss you may suffer as a result of any omission or inaccuracy on the website.
Business 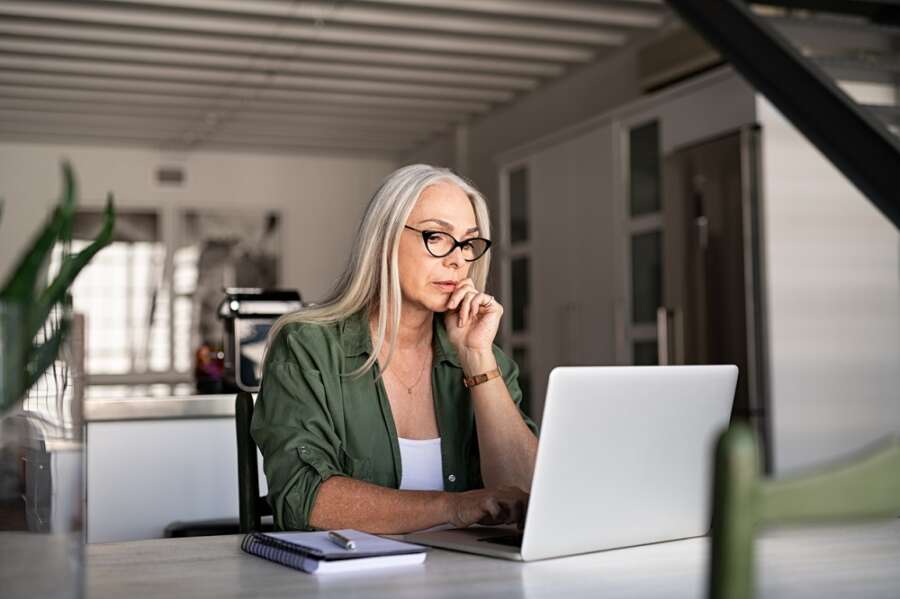 2 in 3 professionals have reported that they are ‘highly likely’ to leave their job this year due to a lack of face time with leaders within their organisation.

Following the announcement yesterday from Government that working-from-home restrictions will be dropped, an annual employee survey from global recruiter Robert Walters reveals the potential damage of upholding remote leadership in 2022.

Results from survey indicate a correlation between a decrease in output and morale for professionals who claim they see their manager (face-to-face) less than once a week.

Both output and morale steadily increased for professionals who spent more days in the office with their manager.

The ‘wrong kind’ of Autonomy

48% of professionals stated that fewer meetings and less interaction with their manager has led to a dip in their output.

A third of managers have permanently adopted a new management style post-COVID, in favour of holding catch-ups (both formal and informal) with their staff over the phone or via video call – rather than in person.

Many professionals believe that this increasing lack of contact with their line manager has resulted in them being overlooked for new opportunities (44%), progression (37%), and training (26%).

“As the concrete solidifies on hybrid working schemes, the long-term impact of remote leadership is yet to be assessed, but it cannot be ignored.”

“Professionals vying for progression want to show initiative, adaptability, and the ability to handle responsibility by themselves – and so by nature they won’t necessarily ask for more face time with their manager as they feel it works against the point they are trying to prove.

“Outside of effective delegation and general team management, a line manager must act as a leader – guiding and supporting each individual and helping to finesse and bring out star qualities and skills.

“This leadership skill is not simply an ‘add-on’ to a line managers duty but critical – and central to that is high levels of engagement, face time and shadowing. Businesses must understand that if they are to have a solid future talent pipeline they should take a look at the current management style of their leadership team and make adjustments to ensure there is face to face interaction, where possible.”

Added to that, the survey found that 62% of professionals would be ‘put off’ a new job offer not delivered in person (F2F or video call) – with a generic email (57%), voice call (33%), or a voicemail being the leading approaches that would put prospective candidates off.

Over three quarters (77%) of professionals believe that prospective line managers should be the one presenting a job offer to a candidate – rather than HR – with a further 45% stating that it is important that they are invited to a team lunch or social within the first week of starting their new job.

Toby comments: “Job satisfaction takes many forms, but these survey results highlight how companies need to be acutely aware of the potentially negative effects of impersonal processes for hiring or managing employees.

“Where in many instances technology and the virtual world can aid proficiency, it is no replacement for human interaction when trying to engage a prospective employee or onboard a new hire.”

The Five Biggest Losers of the Pandemic