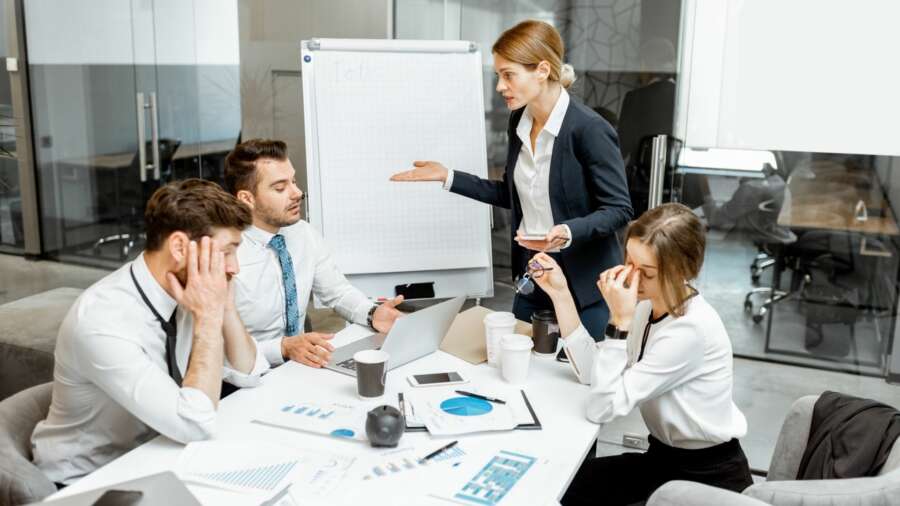 25th November 2020: UK workers are increasingly seeking leadership traits such as empathy and vulnerability in the workplace – but bosses aren’t demonstrating or rewarding these behaviours, according to new research out today.

The Masculinity in the Workplace study, conducted by culture change business Utopia and inclusion consultancy The Hobbs Consultancy, found that three in five (62%) workers think empathy is critical for business success, but only 19% believe it’s rewarded by their organisation.

The study paints a picture of workplaces and leaders that are still overtly ‘masculine’, and in contrast to what workers value and need from the workplace.

Daniele Fiandaca, co-founder at Utopia, says: “On International Men’s Day, it’s vital we shine a light on the damage masculine cultures can have on everyone in the workplace, including men. Lockdown and the coronavirus pandemic have taken a massive toll on workplace cultures, and the past six months have  shown us the importance of cultural intelligence, the need for empathy and the power of vulnerability. These are behaviours we need to start mirroring in the workplace, as our research shows.”

While half of respondents (53%) see vulnerability as a key leadership trait, an overwhelming 97% say being emotionally open at work would not be valued and certainly not rewarded.

Men in particular suppress ‘softer’ traits, with four in ten (39%) reporting they’re taught to avoid being empathetic at work. This rises to half of men (49%) in non-managerial roles believing they have to actively hide how they feel while they’re on the job.

The upshot is workers feel inhibited and unable to express themselves at work, with more than a third (35%) of those polled saying it’s more than just not being valued – it’s too risky to demonstrate vulnerability in the workplace, for fear of judgement.

This is compounded by workers believing that the most-lauded leadership behaviours within their organisations are inherently masculine: the most-rewarded are confidence and assertion (43%), action-orientated and results-focused (39%), and ambition and competitiveness (29%).

In direct contrast, flexibility tops the list of traits employees think should be most valued, at 36% -most likely due to the work-from-home climate. Ranking second and third are empathy and collaboration, both at 34%.

Roxanne Hobbs, founder at The Hobbs Consultancy, adds: “This year has certainly been difficult. We need leaders who are able to meet that difficulty by taking the armour off, not by armouring up even more. Workplaces have largely done well at introducing mental health initiatives, but our research shows that this isn’t enough. What actually needs to change is the culture within organisations and the leadership styles of those at the top. We need leaders who are able to offer emotional exposure and tolerate uncertainty. These aren’t always innate skills and can certainly be taught.”

Daniele Fiandaca adds: “It’s 2020. It’s time we change the workplace for good, and shift from outdated, masculine working cultures to more empathetic and open ones. It’s what people want – and it’s what they deserve.”

The research, now in its second year, polled a representative sample of 2,250 respondents across the UK during September and October 2020.