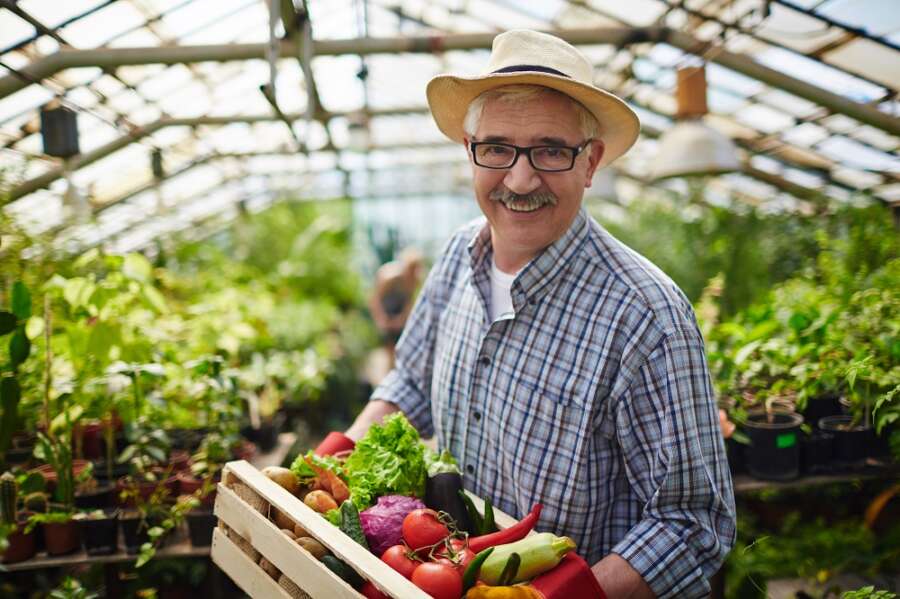 The revolutionary AgTech brand will be the first B Corp salad brand available in mainstream UK supermarkets.

Born 33m under Clapham Common, Growing Underground is a controlled environment farming brand of microgreens and salad grown in an innovative and sustainable way. Its method uses 100% renewable energy, no pesticides, and up to 70% less water. As a result, the farm where the brand is grown is significantly more productive per square metre than traditional farming.

Growing Underground today announces its status as a B Corp brand, making it the first B Corp salad brand available in mainstream UK supermarkets. Meanwhile, owner Zero Carbon Farms (ZCF) is the first certified B Corp vertical or controlled environment farm in the UK and Europe. B Corporations are businesses that meet the highest standards of verified social and environmental performance, public transparency, and legal accountability to balance profit and purpose. Growing Underground boasts a fully net carbon negative growing system, meaning that it off sets more carbon than it emits.

Since 2015, Growing Underground crops have been generating proprietary data, improving technology and methods to increase yields and reduce resources to create a net carbon negative growing system. Now the AgTech brand has formed a strategic partnership with one of the leading fresh fruit and veg suppliers to the UK, Reynolds, allowing the brand to distribute nationally.

To scale up its innovative farming mode even further, ZCF is currently undertaking a share offering. The financing has met with strong industry interest and investor endorsement and included a deliberately targeted crowdfunding campaign that hit its target in less than 24 hours. The offering has been over-subscribed and in total over £4 million has been raised, which will be used to expand into a second site in North London this summer.

“Growing Underground continues to grow in every sense.” comments Richard Ballard, Co-Founder & Farmer-in-Chief, Growing Underground. “We’re looking forward to translating our carefully crafted model and sustainability credentials into an industrial-scale distribution network, accelerating the world’s transition to carbon negative farming and continuing to transform the future of sustainable food production in the UK.”

Industry investors in ZCF are drawn from across the food industry and include strategic partners such as G’s Fresh, one of the EU’s largest salad growers and wholesalers, and Reynolds, one of the UK’s leading fresh fruit and veg suppliers, as well as the former UK Managing Director of Florette’s, and Chef Michel Roux Jr.

Richard Ballard adds, “1700 investors putting their money into the business is a hefty number of people who want to support Zero Carbon Farms’ mission. We’re really proud our financing campaign has provided such a strong endorsement of what we’re doing.”

Partnering with the UK’s biggest supplier to the hospitality industry

Growing Underground is now working with Reynolds, the premier supplier of fresh produce in the UK, to facilitate wider distribution to the hospitality industry. “The Growing Underground model reduces food miles and cuts down the time between harvesting the produce and delivering it, allowing us to offer a better tasting, more nutritious and sustainably grown product to our customers.” says Tony Reynolds, Managing Director at Reynolds.

The Growing Underground crops are grown within dense urban areas, reducing food miles and in turn decreasing both food waste and carbon footprint. Its method of farming creates produce that is not only big on taste but also has up to 90x more nutrients than its traditionally grown counterparts.

Growing Underground is today launching disruptive new branding. Based around a vertical design system inspired by the farm’s innovative farming techniques, the new branding features a bespoke ‘growing’ font and vibrant ‘flavour-based’ colour palette. New packaging is made of 100% recycled (and recyclable) materials, whilst the innovation team work towards launching fully compostable packaging in the near future.

Growing Underground produce can be found in microgreen and salad mixes in supermarkets including Marks & Spencer, Tesco, Wholefoods, online food retailer Farmdrop, and food service businesses & restaurants such as Pret and The Ivy. Growing Underground was also recently featured on the Great British Menu, with chef Oliver Marlow creating a dish celebrating the underground farm.

Agriculture is one of the leading causes of environmental decline and is responsible for up to a third of human greenhouse gas emissions. The ambition of parent company Zero Carbon Farms for its Growing Underground brand is to turn the growing world on its head, producing fresh, delicious, nutritious, exciting food all year round in the most sustainable way possible – hyper local, ultra-efficient, pesticide, chemical and GM free.

From Grandmother’s kitchen table to one of the fastest growing businesses in the pet grooming and welfare market, Herbal Dog Co takes the pet industry by storm