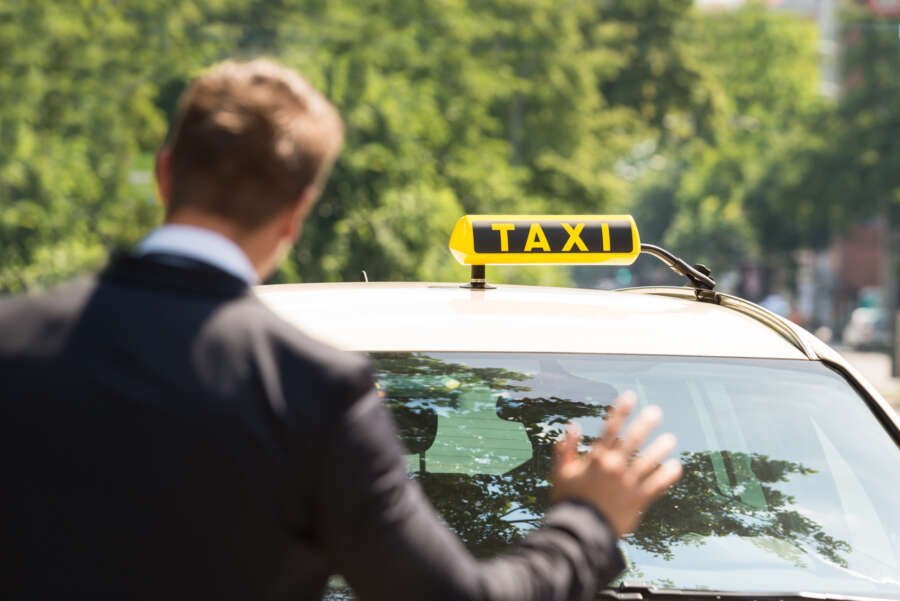 Mobility startup has created £10m in new earnings for people previously cut off from jobs by expensive, infrequent, and unreliable public transport

London, 3 May 2022 – RideTandem, a mobility-as-a-service startup providing affordable and reliable transport solutions for people affected by “transport poverty”, has raised £1.75 million in seed funding. 1818 Venture Capital led the round, alongside Conduit Connect, Low Carbon Innovation Fund, several angels, and previous investors Ascension and Seedrs. The investment follows two consecutive years of 10x growth for RideTandem – creating more than £10 million in new earnings for passengers on its services since launch – and will support continued hiring, particularly in product management and engineering, as RideTandem builds out its team.

Shapland-Howes, Chiam, and McLeod met through impact-focused venture builder programme Zinc, as part of a cohort looking at ways of supporting communities left behind by globalisation and automation. Explaining the genesis of the idea, co-founder and CEO Alex Shapland-Howes said: “We met some fathers in a small town outside Rochdale. Hearing their experience of transport poverty – they were looking for work, there were opportunities just a 15-minute drive away, but they couldn’t drive and there was no viable way to get there by public transport – was mind-blowing.”

Reflecting on the UK Government’s plan – part of its “Levelling Up” agenda – to bring the standard of public transport connectivity across the UK significantly closer to London’s, Shapland-Howes added: “Many jobs outside cities are only reliably accessible by car or taxi. Half of the lowest-earning 20 per cent don’t own a vehicle – and can’t afford to commute by cab – so rely on public transport. But almost 5,000 bus routes, more than one in four, have been axed since 2012 – and, outside cities and larger towns, services that remain are often prohibitively expensive, infrequent, and unreliable, affecting people’s job prospects and social mobility. Despite recent pledges, we’ve not seen the investment from the Government that would be necessary to solve this across the country, so models like RideTandem’s can play a crucial part in the local transport mix.”

RideTandem recently reached £10 million in new earnings created for passengers, with £6.5 million generated in 2021 alone. Revenue has grown 10x for two consecutive years, and the company achieved EBITDA profitability in Q4 2021. “It’s satisfying to prove we have a sustainable business model that creates real benefit for all sides – passengers, employers, and transport companies. Unlike many mobility startups, all investment we receive goes into growing the business rather than subsidising fares to maintain a superficial viability.” said Shapland-Howes.

That sustainable model is built on employers subsidising fares as an investment in broadening their talent pool – some even cover the entire cost, providing free transport as a benefit. Employers also underwrite the risk of a route not breaking even – as little as £500 per route per month. Employers also get a real-time view of passenger numbers, providing early warning of potential staffing issues.

Transport providers – mostly independent local businesses – get a new, reliable revenue stream, with many guaranteeing capacity as a result. RideTandem has built a proprietary dispatch system – including driver and fleet management features and an app for drivers – but also works flexibly with transport partners, developing bespoke integrations with their existing systems, to make working with RideTandem as easy as possible. RideTandem also provides customer service and support for digital ticketing, which many of the transport partners are using for the first time.

Passengers use a mobile app designed to make block-booking easy and provide flexibility about when payments are taken – both features missing from most ride-hailing and other mobility apps but critical for low-income workers. The app also includes live location for vehicle tracking.

RideTandem operates both seasonal and year-round routes, connecting workers with jobs they would otherwise have no feasible way of getting to. The average passenger rides 20 or more times per month, generating higher and more consistent recurring per rider than most ride-hailing apps.

Trips on RideTandem services currently create an annualised CO2 offset of 1,000 metric tons versus the same journeys being made by car. The average RideTandem vehicle carries more than 20 passengers – versus 1.16 for the average commuter car – and operates at more than 70 per cent capacity. Employers can also purchase carbon credits to offset emissions from their workers’ commutes. This positive environmental impact points to the applicability of RideTandem’s model to a significantly bigger addressable market as the company grows, Shapland-Howes explained: “So far we’ve focused on ‘blue-collar’ transport poverty – it’s pretty unusual for a VC-backed business to primarily serve lower-income workers – and that will always be core to our business. But the opportunity to provide our services to a wider range of workers in different geographies, for whom environmental impact is a bigger concern than price or convenience – nudging more affluent workers who typically drive to work onto shared alternatives – is huge.”

Mark Smith, partner at 1818 Venture Capital, said: “Transport poverty is one of the most underappreciated social justice issues, and the RideTandem team has achieved a remarkable impact in such a short time utilising innovative technology. To have done so while building a fully self-sustainable business model and growing substantially even through the pandemic is even more impressive. We look forward to supporting RideTandem as they continue to grow the business and change lives across the UK and beyond.”

RideTandem has now raised £2.6 million in total, including pre-seed investment from Ascension and Seedrs and grants from the European Space Agency and the Department for Transport.

New poll reveals the benefits and perks that employees value most

Flex Appeal: SMBs highlight productivity gains with support from IT teams as major factors in the age of Work from Anywhere