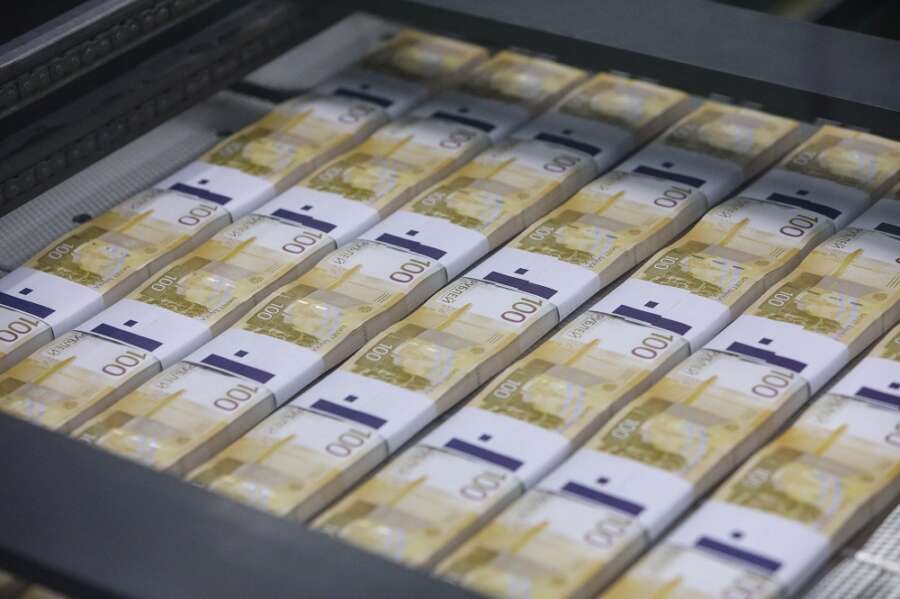 Rouble eases from near 4-week high vs dollar, firms vs euro

MOSCOW (Reuters) -The Russian rouble pulled back from last week’s near four-week high against the dollar on Monday but held near its strongest levels this month, with a tax payment period looming that usually sees exporters convert forex revenues into roubles.

“The backdrop for the rouble this week should be supportive,” Sberbank CIB said in a note, referring to the month-end tax payment period that usually prompts exporters to increase conversion of foreign currency to meet local duties.

But once the tax payment deadline passes, the rouble is seen weakening sharply, with Alor Broker saying it could drop as far as 65 against the dollar.

Against the euro, the rouble gained 0.9% to 59.05 – far from the record low of 132.42 it touched in March days after Moscow began what it calls a “special military operation” in Ukraine on Feb. 24.

Europe faces fresh disruption to energy supplies due to damage to a pipeline system that brings oil from Kazakhstan through Russia, the pipeline operator said on Monday, adding to concerns over a plunge in gas supplies.

Year-to-date, the rouble has become the world’s best-performing currency https://emea1.apps.cp.thomsonreuters.com/Apps/NewsServices/mediaProxy?apiKey=6d416f26-7b24-4f31-beb6-1b5aa0f3fafb&url=http%3A%2F%2Ffingfx.thomsonreuters.com%2Fgfx%2Frngs%2FGLOBAL-CURRENCIES-PERFORMANCE%2F0100301V041%2Findex.html as a result of capital controls that Russia has to impose to mitigate financial stability risks.

Rouble volatility has subsided after wild swings that saw it hit a record low of 121.53 to the dollar on the Moscow Exchange in March and then rally to a seven-year peak of 50.01 in June.