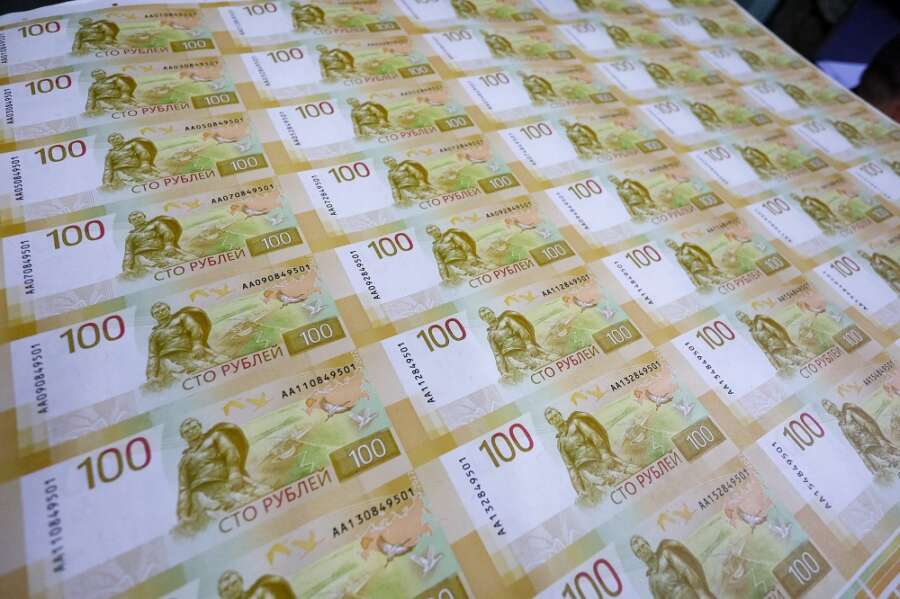 Rouble weakens towards 62 vs dollar, stocks up

MOSCOW (Reuters) – The rouble weakened towards 62 to the U.S. dollar on Tuesday, pressured by falling oil prices but supported by looming taxes that usually boost demand for the Russian currency, while stock indexes climbed higher.

The rouble is the world’s best-performing currency this year thanks to capital controls and is expected to find more support soon from month-end tax payments that usually prompt export-focused companies to convert part of their foreign currency revenues.

Rouble volatility has declined recently after wild swings which saw it hit a record low of 121.53 to the dollar on the Moscow Exchange in March, days after Russia sent tens of thousands of troops into Ukraine on Feb. 24, and then rally to a seven-year peak of 50.01 in June.

Market moves were relatively muted despite analysts predicting an increase in selling pressure as Russia started the conversion of global depository receipts (GDRs) into shares from Monday.

GDRs of Russian companies that were traded on foreign exchanges and held in Russian depositories will be converted into shares on the Moscow Exchange in an effort to reduce foreign control over such companies amid Western sanctions.

From Monday, Moscow Exchange has allowed non-residents from designated “friendly” countries that have not imposed sanctions against Russia to trade bonds.

“The admission of friendly investors to bond trading has not led to any market changes, as well as the beginning of depository receipts’ conversion,” said Alexei Antonov, head of investment consulting at Alor Brokerage.