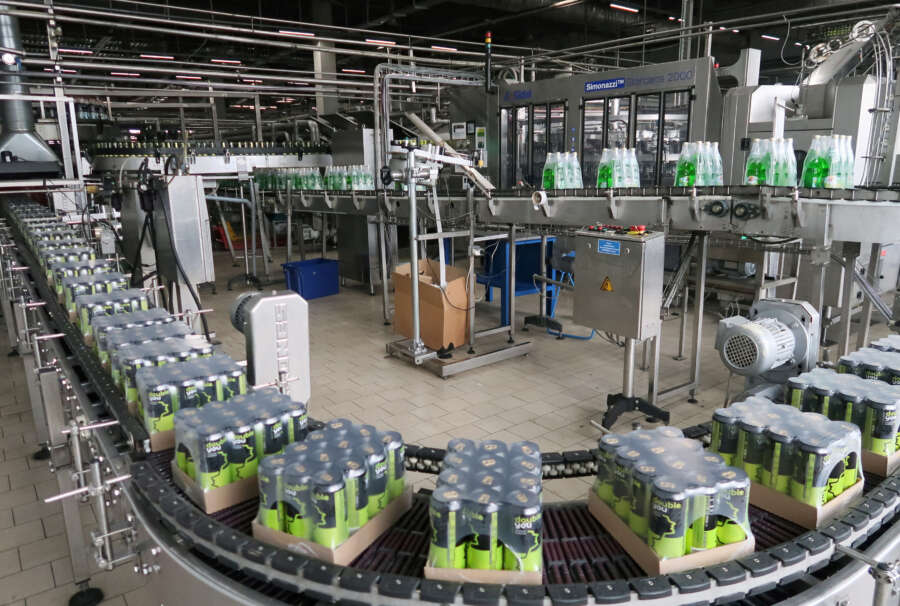 FILE PHOTO: A view shows the soft drinks production line at a plant of the Chernogolovka company in the town of Chernogolovka in the Moscow region, Russia July 28, 2022. REUTERS/Alexander Reshetnikov/File Photo
Headlines

A parliamentary committee last week gave preliminary approval to budget proposals that would see excise duty levied on drinks with a certain sugar content at 7 roubles ($0.1135) per litre from Jan. 1, 2023.

“The company’s investment programme for 2023 will be reduced by 5 billion roubles, which will lead to the ‘freezing’ of 1,000 new jobs,” Chernogolovka said in a statement late Monday.

“This decision is due to economic uncertainty created by the introduction of an excise tax on non-alcoholic drinks, which forms the basis of the group’s product range,” Chernogolovka said.

The company said it was “extremely pessimistic” in its assessment of the soft drinks market for 2023-25, fearing production could fall by 20% from current levels.

Chernogolovka told Reuters in August it was aiming for a 50% share of Russia’s nearly $9 billion soft drinks market, as Coca-Cola Co was reducing operations. The company started making Cola Chernogolovka in May.

PepsiCo and Coca-Cola production continued for months after the companies pledged a halt in March after Russia sent tens of thousands of troops into Ukraine.

That legal dispute began before the Ukraine crisis.