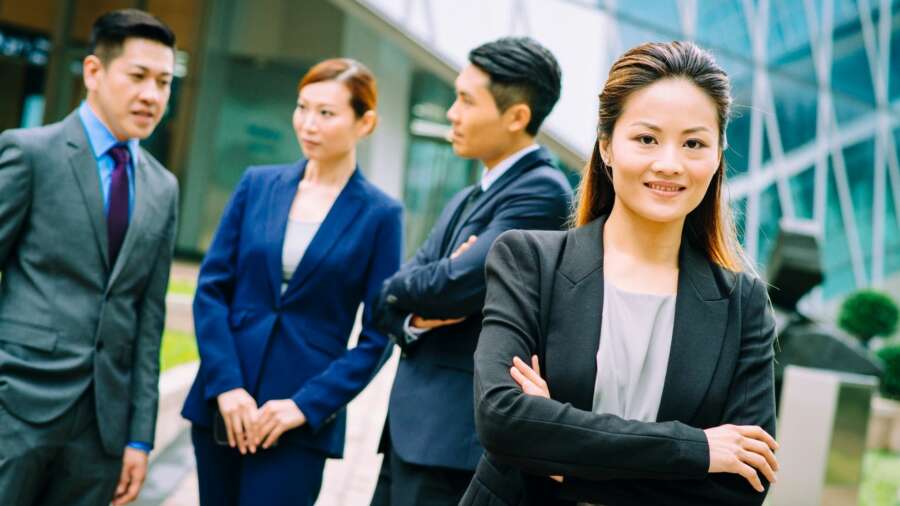 Global engineering group, Sandvik, boasts one of industry’s top female leaders — according to Ledarna’s ‘Female Leaders of the Future’ list. Nina Åxman, vice president and head of global operations at Sandvik Rock Tools, is listed as number one in the international list of inspiring women in leadership.

Åxman joined Sandvik in January 2020. As vice president and head of global operations at Sandvik Rock Tools, Åxman is responsible for leading 1,300 of Sandvik’s employees across nine countries.

Before beginning her role as vice president, Åxman was keen to capture a true experience of life at Sandvik beyond boardroom meetings and conference calls. Putting on her Sandvik uniform, Åxman gained valuable perspective of  working life at Sandvik’s production facility in Sandviken, Sweden — the organisations primary production site and town of the organisation’s namesake.

Åxman’s desire to diversify her working knowledge of Sandvik through hands-on experience is reflected in the company’s efforts to diversify its team. Sandvik works on several levels to increase diversity, including a program providing an introduction to staff on how to work with diversity and inclusion as a manager. As a result of these efforts at Sandvik, the share of women in managerial positions increased from 17.7 per cent to 18.2 per cent in2019.

Diversity is an important agenda for many businesses. According to data from Catalyst, a global non-profit organisation that works to encourage women in leadership roles, 29 per cent of senior management roles were held by women in 2019 — the highest figure on record. With the ambition of helping this figure continue to rise, Ledarna’s Female Leaders of the Future will become more imperative to showcase the successes of women in a typically male-dominated sphere.

Each year, Ledarna evaluates several hundred resumes before determining its female leaders. Candidates are benchmarked against criteria such as organisational results and achieved position, personal attributes and potential.

In the words of Ledarna’s jury, “Åxman has the courage to make decisions that make things happen, and her modern and value driven leadership is rooted in responsibility, equality, sustainability and diversity.”

“She turns the typical image of a top manager upside down,” continued Andreas Miller, chairman of Ledarna. “[She] crushes the stereotype of a manager in a traditional male dominated industry. We need role models such as Nina Åxman to attract more young women with leader ambitions to the technical field.”

“Sandvik has the goal of achieving a one third share of female managers by 2030, which is something I am passionate about helping to achieve,” explained Åxman upon receiving the award. “Gender equality and diversity are high on my agenda, and I pride myself on being a visible role model. I want to challenge the image of who can be an engineer or factory manager and use my position to inspire other females to become passionate, successful leaders.”

Ethical questions we should ask about customer experience in 2021