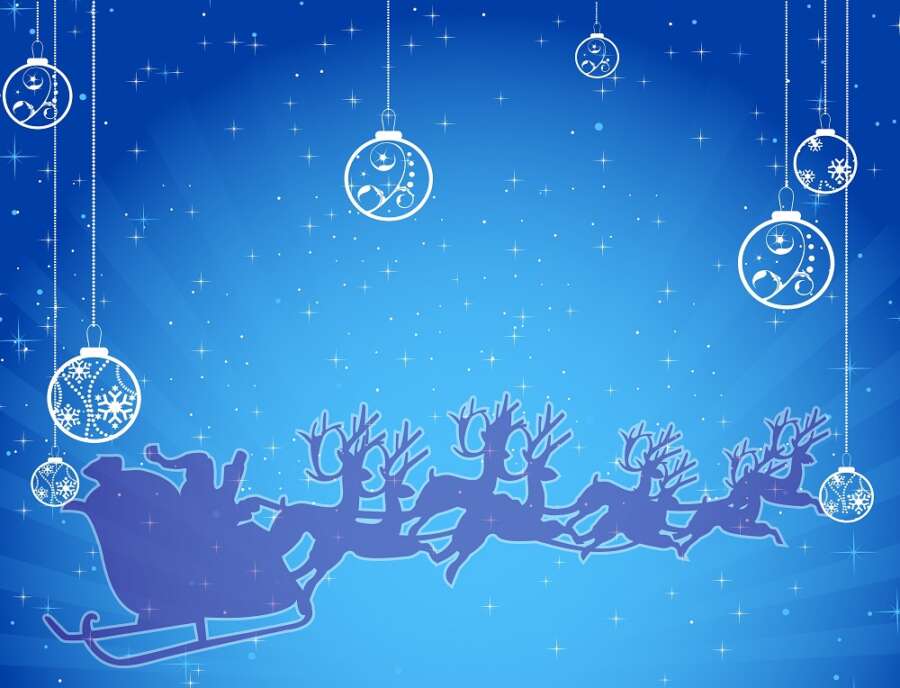 As Christmas approaches, Santa will be preparing his sleigh for his journey around the world in one night. But what if he ran out of magic and reindeer energy, and needed to power his trip with traditional fuel?

Traditional fuels petrol and diesel would cost Santa tens of millions. If Santa’s sleigh ran on petrol, it would cost nearly £15.9 million for the required amount of fuel. Diesel, although more expensive per litre, works out cheaper per mile, costing 12% less at £13.9 million. After the recent fuel shortage, Santa’s fortunate to not be topping up that amount in the UK.

The emissions produced by Santa’s petrol journey come to approximately 31,000 tonnes of CO2. However, this seemingly high figure is dwarfed by the estimated 429,000 tonnes of additional CO2 that Black Friday deliveries caused in 2020, which is equivalent to the amount of CO2 created to provide a year’s worth of energy for 51,662 homes. That means that a petrol-powered Santa would still not be the biggest delivery polluter in Christmas 2021.

The Black Friday figure is about 50% of the UK’s daily average of 902,959 tonnes, a fraction of the daily world-wide CO2 emissions.

Electric charges would cost just over half a million pounds, at £572,000, is the cheapest option for Santa. Alternatively, if Santa used a hybrid sleigh, it would cost him closer to £9.7 million, around 40% lower than petrol and diesel costs.

Jonathan Weber, Urbantz Co-Founder & CEO, commented: “Santa has an undeniably enormous task every Christmas, taking on the biggest delivery route in history. It’s astounding to see the millions he would have to spend on fuel alone to single-handedly deliver all the presents if his magic and reindeer energy had run out. It also helps put into perspective the impact on the environment of normal everyday deliveries – even if Santa’s 100 million mile journey were powered by petrol, it would still produce just a fraction of the carbon emissions caused by a shopping event like Black Friday.”

The study compared the average MPG of vehicles, the cost of fuel and the distance Santa would have to travel. Factors such as weight and speed were not included due to there being no recorded MPG data for vehicles with almost infinite storage capacity that travel at approximately 3,100,000mph, 0.5% the speed of light.

The 102-million-mile figure is calculated on the distance Santa would have to travel to deliver to every Christian household in the world. As the presence of religion differs between countries and many households will not celebrate Christmas, the calculation of non-Christians celebrating may not be accurate on a world-wide scale.

Of the current world population of approximately 7.9 billion people, around 31% practice Christianity, and 25% of this figure will be children under 14. As the worldwide fertility rate sits at an average 2.4 children per woman, that calculates to approximately 258 million homes that Santa must deliver to.

This analysis was conducted by Urbantz, a last mile delivery management platform for enterprises designed to respond to the delivery needs of retailers, logistics operators, e-commerce, grocery suppliers and more.

Targets Are Improving, But Must be Strengthened to Deliver Net Zero, Post-COP26 Analysis Shows