Home Headlines Shaken by heatwaves, U.S. clinics get tips on staying cool
Our website publishes news, press releases, opinion and advertorials on various financial organizations, products and services which are commissioned from various Companies, Organizations, PR agencies, Bloggers etc. These commissioned articles are commercial in nature. This is not to be considered as financial advice and should be considered only for information purposes. It does not reflect the views or opinion of our website and is not to be considered an endorsement or a recommendation. We cannot guarantee the accuracy or applicability of any information provided with respect to your individual or personal circumstances. Please seek Professional advice from a qualified professional before making any financial decisions. We link to various third-party websites, affiliate sales networks, and to our advertising partners websites. When you view or click on certain links available on our articles, our partners may compensate us for displaying the content to you or make a purchase or fill a form. This will not incur any additional charges to you. To make things simpler for you to identity or distinguish advertised or sponsored articles or links, you may consider all articles or links hosted on our site as a commercial article placement. We will not be responsible for any loss you may suffer as a result of any omission or inaccuracy on the website.
Headlines

Shaken by heatwaves, U.S. clinics get tips on staying cool 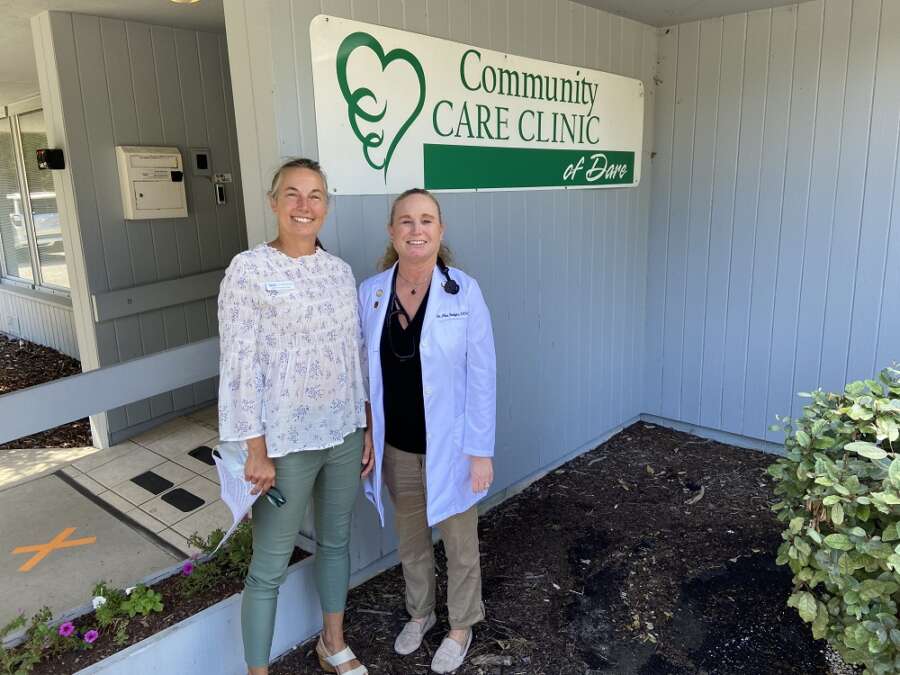 NAGS HEAD, North Carolina (Thomson Reuters Foundation) – The day a patient collapsed out in the parking lot, nurse practitioner Alexis Hodges realized she needed a plan to deal with the extreme heat that has overwhelmed U.S. community health clinics from the East Coast to California this summer.

Hodges, who works in North Carolina, said about half of the patients she saw in July had heat-related conditions, as soaring temperatures in much of the United States fueled policymakers’ concern about the health impacts of climate change.

For her mainly low-income patients, who are either uninsured or underinsured, cost is one of the biggest worries of a health emergency, Hodges said.

“It’s a financial worry … Patients will beg you not to send them to the hospital,” said Hodges, sitting in her office at the Community Care Clinic of Dare – one of a handful of U.S. clinics taking part in a pilot program to train them, and their patients, to cope with extreme heat.

The man who collapsed, a diabetes patient with high blood pressure, was probably charged at least some of the $1,000 bill for an ambulance ride to hospital, Hodges said, adding that simple steps like drinking enough water could avert such emergencies.

“If (only) we could have been proactive instead of reactive and stressed the importance of water,” she added.

Similar tip sheets for wildfire and hurricane preparation are also planned as part of the initiative, which is unusual for channeling climate resilience aid to a wealthy country.

“It’s important for everybody to know that nobody is immune … It’s going to hit every country, ” said Kristin Stevens, director of climate and disaster resilience at Americares, which plans to expand the program to at least three low-to-moderate income countries over the next five years.

The program, which is starting with nine pilot clinics across four U.S. states, is a useful tool for overstretched healthcare workers with little time to contemplate the impact of climate change on their day-to-day jobs, said Hodges.

It offers them a checklist of items to ask heat-vulnerable patients, like whether they have proper access to emergency heat alerts and if they have a backup plan if air conditioning is unavailable.

It also includes broader tips for clinic administrators on how to make their premises more resilient to climate change, for example by prioritizing tree-planting along the sunniest exterior walls.

“We want health centers to be able to remain open and functional longer,” Stevens said, adding that people without health insurance – who rely on the centers – are often the most vulnerable to the effects of the climate crisis.

Many of the patients Hodges sees in Nags Head, a beach and vacation community in North Carolina’s Outer Banks region, work outdoors in construction or hospitality, where exposure to extreme heat is unavoidable.

Others have conditions such as diabetes and kidney disease, which are considered high risk in a heatwave.

Meeting patients one September morning, Hodges asked one of them – a 74-year-old man with kidney issues – how much water he was drinking, warning him that he was at risk of having to start dialysis and handing him one of the tip sheets.

“Maybe, just maybe, my education today … and handing him that patient handout that says ‘how to manage heat with renal disease’ is going to wake him up to say ‘OK, I really do have this problem’,” she told the Thomson Reuters Foundation later.

The impact of climate change on community health clinics has also caught the attention of the U.S. Congress, which held a hearing last month on preparing healthcare infrastructure for extreme weather.

Parinda Khatri, chief executive of nonprofit healthcare provider Cherokee Health Systems, told lawmakers the organization had to close its pediatric clinic in Knoxville, Tennessee, for 10 days over the summer after its air conditioning broke down.

They resorted to using fans to cool refrigerated vaccines, but still lost $20,000 worth of in-stock medications.

“There’s a lot of moral injury when there is a heatwave and we know that people are living in areas where they cannot have access to air conditioning or, frankly, water,” she said.

Programs such as the patient toolkit initiative are vital for shielding vulnerable groups from climate change impacts, said Aaron Bernstein, director of the Center for Climate, Health, and the Global Environment at the Harvard T.H. Chan School of Public Health.

“This is a canary in a coal mine situation,” he said.

“What we need to work on is making the resources as adaptable and effective as possible because again, the harms of climate change are already apparent in folks whose health is already most compromised.”