Home Business Shares and bond yields rebound; dollar shows strength
Our website publishes news, press releases, opinion and advertorials on various financial organizations, products and services which are commissioned from various Companies, Organizations, PR agencies, Bloggers etc. These commissioned articles are commercial in nature. This is not to be considered as financial advice and should be considered only for information purposes. It does not reflect the views or opinion of our website and is not to be considered an endorsement or a recommendation. We cannot guarantee the accuracy or applicability of any information provided with respect to your individual or personal circumstances. Please seek Professional advice from a qualified professional before making any financial decisions. We link to various third-party websites, affiliate sales networks, and to our advertising partners websites. When you view or click on certain links available on our articles, our partners may compensate us for displaying the content to you or make a purchase or fill a form. This will not incur any additional charges to you. To make things simpler for you to identity or distinguish advertised or sponsored articles or links, you may consider all articles or links hosted on our site as a commercial article placement. We will not be responsible for any loss you may suffer as a result of any omission or inaccuracy on the website.
Business 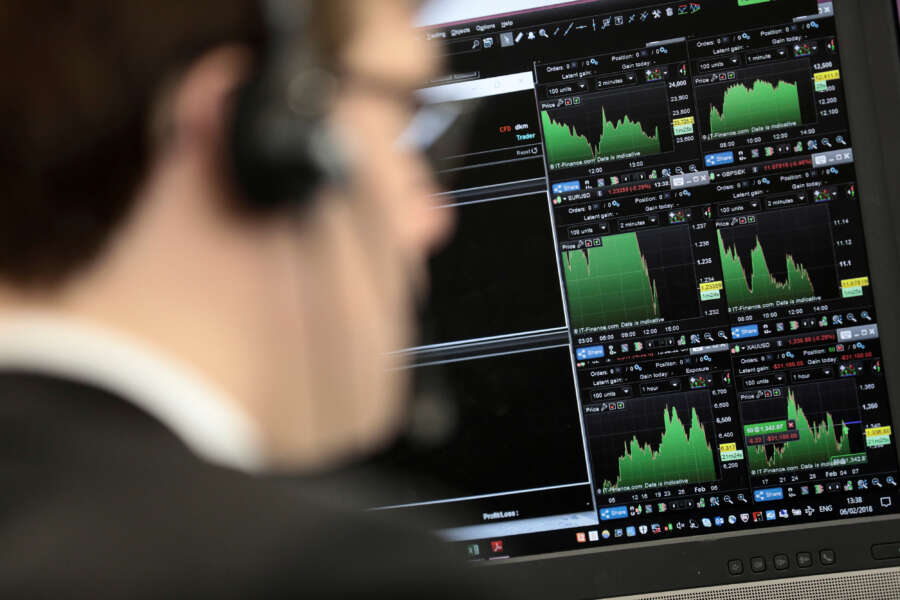 LONDON (Reuters) – World shares and the dollar zig-zagged higher on Friday, as hopes for economic recovery and the week’s easing of global bond market yields helped lift the mood.

As the last full week of a hectic first quarter drew to a close, traders were still watching the world’s most costly traffic jam build up in the Suez canal and the global COVID-19 case count rising again.

Asian stocks had clawed off a three-month low overnight as Chinese markets rebounded from their latest U.S. relationship worries while a near 3% jump in commodity stocks and weak euro put Europe on course for a fourth straight weekly rise. [.EU]

Euro zone bond yields edged up but benchmark German bonds were set for their best weekly performance in 3-1/2 months as the bloc’s coronavirus woes supported its safe-haven assets. [GVD/EUR]

The euro’s struggles are part of that too but the dollar bulls are on the charge again with the U.S. vaccine programme ramping up. The greenback’s rise on Friday meant it had almost clawed back all its post-U.S. election fall. Emerging markets currencies have had their worst run of the year this week.

“We left 2020 with the validation of the consensus view the dollar would weaken,” said the chief investment officer at Indosuez Wealth Management, Vincent Manuel.

“We have woken up in 2021 facing the reality that the U.S. is growing much quicker than Europe… so we have a massive divergence”.

Weekly money flow data from Bank of America showed global investors have been darting for safety amid this week’s drama. They pumped $45.6 billion into cash funds, the largest since April 2020 when COVID-19 was spreading like wildfire.

The end of the week news flow has been slightly more friendly though.

U.S. Labor Department data on Thursday showed claims for unemployment benefits dropped to a one-year low last week, a sign that the U.S. economy is on the verge of stronger growth as the public health situation improves.

U.S. President Joe Biden’s first formal news conference was a boost too as he said he would double his vaccination rollout plan after reaching the previous goal of 100 million shots 42 days ahead of schedule.

Bluechip Chinese stocks rebounded more than 2% too after a three-day losing streak, which, like emerging market shares generally, had left them at the lowest level of the year.

“All the sanctions (on China) so far have been largely symbolic and should have little economic impact. But the Sino-U.S. confrontation is affecting market sentiment. It could take some time for them to come to any compromise,” said Yasutada Suzuki, head of emerging market investment at Sumitomo Mitsui Bank.

The dollar also rose to a new nine-month high on the Japanese yen of 109.44 yen. The euro licked its wounds at $1.1794 after falling to a four-month low on Thursday.

The ongoing efforts to dislodge a beached tanker in the Suez canal saw oil prices rebound a tad from a 4% drop on Thursday, though they are on course for their third straight week of losses on worries about further reduction in demand. [O/R]

In addition to Europe, major developing economies such as Brazil and India are also struggling with a resurgence in COVID-19 cases.

Reeling from the blockage in the Suez, shipping rates for oil product tankers have nearly doubled this week, and several vessels were diverted away from the vital waterway.

Tips to Getting a Digital Producer Apply