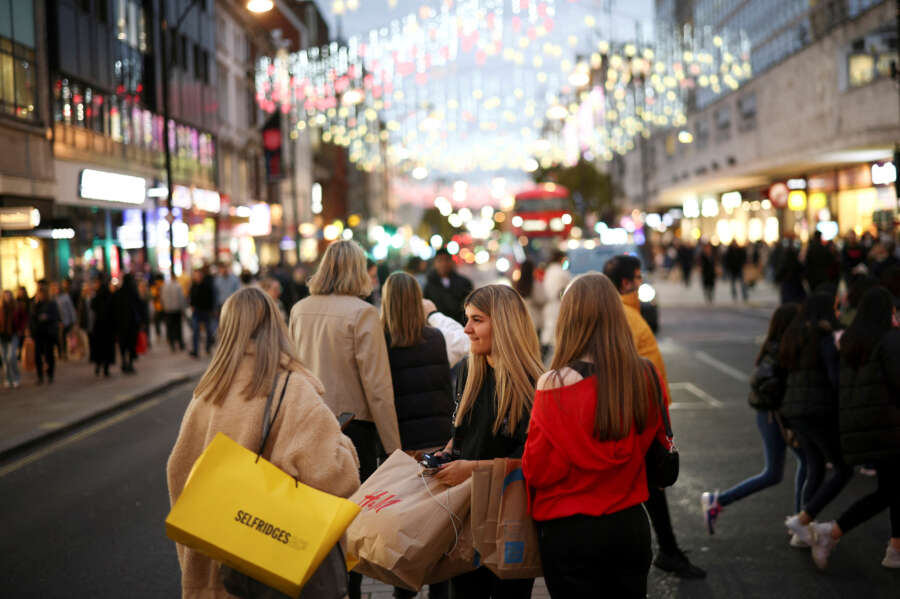 LONDON (Reuters) – Six in ten Britons believe they will have less money to spend over the Christmas period than last year, according to a survey published on Monday, adding to evidence that a thrifty festive season beckons.

The survey from Deloitte found 38% plan to switch to cheaper brands or stores to seek out gifts, and for Christmas Day dinner 35% plan to do at least part of their shop at a discount supermarket.

It found that 11% of UK consumers intend to purchase gifts either second hand or through reselling platforms, while 8% plan to buy none at all.

“Consumers are entering the festive season with budgets under more pressure this year, and it is not surprising that almost all are considering affordability and adapting their typical Christmas spending habits in one way or another,” Oliver Vernon-Harcourt, head of retail at Deloitte, said.

With inflation at a 40-year high of 10.1%, interest rates rising and consumer confidence close to the gloomiest on record, Britons have cut their spending.

They also face the prospect of even tighter budgets in 2023 after new Prime Minister Rishi Sunak indicated there will be a squeeze on public spending and potentially higher taxes.

According to Deloitte’s data, 54% of consumers intend to shop for Christmas in November, which includes the Black Friday discount day on Nov. 25, and the first two weeks of December.

Deloitte’s findings chimed with surveys last month from Kantar and Accenture, which both showed Britons planning to cut festive spending this year.