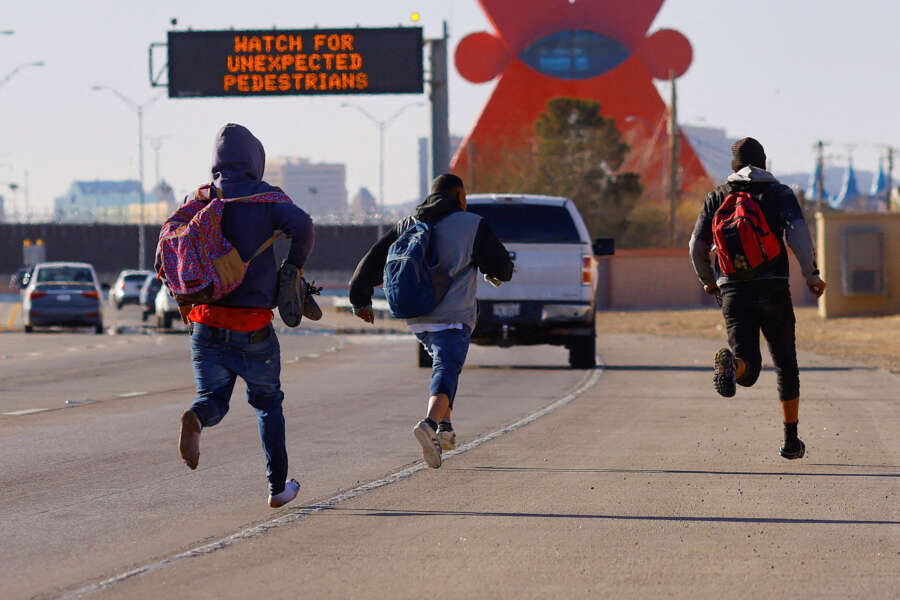 Slipping over Mexico border, migrants get the jump on U.S. court ruling

CIUDAD JUAREZ, Mexico (Reuters) – Even before the U.S. Supreme Court on Tuesday opted to keep in place a measure aimed at deterring illegal border crossings, hundreds of migrants in northern Mexico were taking matters into their own hands to slip into the United States.

The contentious pandemic-era measure known as Title 42 had been due to expire on Dec. 21, but last-minute legal stays pitched border policy into limbo and made a growing number of migrants decide they had little to lose by crossing anyway.

After spending days in chilly border cities, groups of migrants from Venezuela and other countries targeted by Title 42 opted to make a run for it rather than sit out the uncertainty of the legal tug-of-war playing out in U.S. courts.

“We ran, and we hid, until we managed to make it,” said Jhonatan, a Venezuelan migrant who scrambled across the border from the Mexican city of Ciudad Juarez into El Paso, Texas with his wife and five children, aged 3 to 16, on Monday night.

Giving only his first name and speaking by phone, Jhonatan said he had already spent several months in Mexico and had not wanted to enter the United States illegally.

But the thought of failing after a journey that took his family through the perilous jungles of Darien in Panama, up Central America and into Mexico was more than he could bear.

“It would be the last straw to get here, and then they send us back to Venezuela,” he told Reuters.

On Tuesday, the U.S. Supreme Court granted a request by a group of Republican state attorneys general to put on hold a judge’s decision invalidating Title 42. They had argued its removal would increase border crossings.

The court said it would hear arguments on whether the states could intervene to defend Title 42 during its February session. A ruling is expected by the end of June.

Reuters images showed migrants racing across a busy highway alongside the border last week, one man barefoot and carrying a small child – the kind of risky crossing that alarms migrant advocates.

“We’re talking about people who come to request asylum … and they’re still crossing the border in very dangerous ways,” said Fernando Garcia, director of the Border Network for Human Rights.

John Martin, the deputy director at El Paso’s Opportunity Center for the Homeless, said the number of migrants his shelter has taken in are increasingly people who crossed illegally, including many Venezuelans.

“At one point, the majority were documented; now I’m seeing it reverse,” he said.

On Tuesday before the Supreme Court ruling, a Venezuelan migrant in Ciudad Juarez who gave his name as Antonio said he was waiting to see whether U.S. border surveillance would let up, hoping to make money in the United States to send home.

“If they don’t end Title 42,” he said, “we’re going to keep entering illegally.”

Elsewhere along the border, other migrants said they felt they had run out of options.

“We don’t have a future in Mexico,” said Cesar, a Venezuelan migrant in Tijuana who did not give his last name, explaining why he has attempted once to creep past the border fence into the United States, and plans to try again.