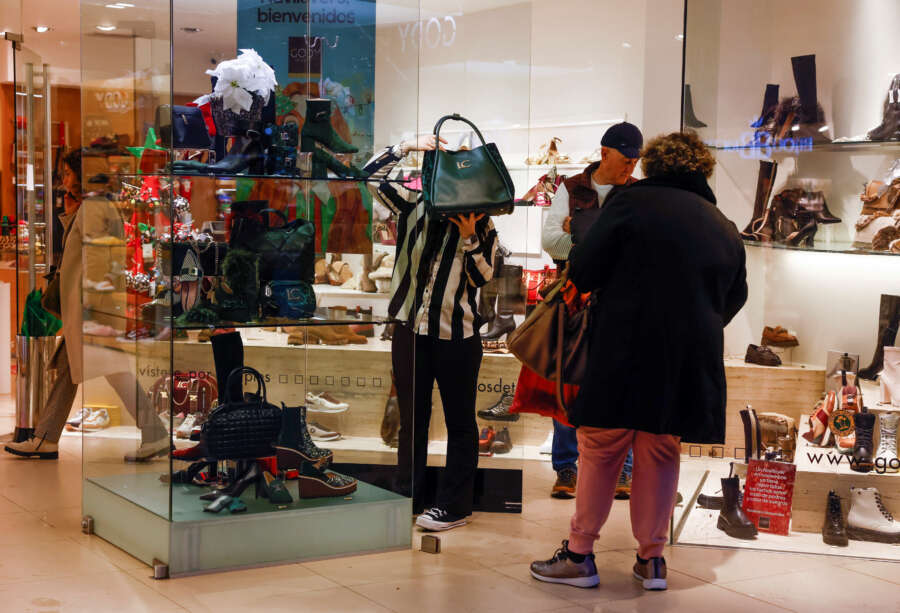 FILE PHOTO: A saleswoman shows a bag to customers in a shoe shop in Ronda, Spain, December 13, 2022. REUTERS/Jon Nazca
Headlines

Spain’s 12-month inflation slows down again in December to 5.8%

(Reuters) -Spanish consumer prices rose 5.8% in December – at their slowest annual pace this year, thanks to lower electricity prices compared to a year ago, flash data from the National Statistics Institute (INE) showed on Friday.

Still, core inflation, which strips out volatile fresh food and energy prices, was at 6.9% year-on-year, higher than the 6.3% recorded a month ago, the INE data showed.

In November, Spain had the lowest inflation in the 27-member European Union with a rate of 6.7%, after peaking in July at around 11%.

“We make a very positive reading. Five points in five months … Core inflation is taking longer to come down because it took longer to go up,” Economy Minister Nadia Calviño said in an interview with broadcaster SER.

Spain’s European Union-harmonised 12-month inflation was 5.6%, down from 6.7% in November and below the 6.0% expectation from analysts polled by Reuters.

Free rail travel and discounts on urban transport, limits on the increase of rents and energy bill relief measures for consumers all appear to have had an effect on price growth.

Earlier this week, Spain approved this year’s third major package of measures to ease the pain of inflation, including reductions in value-added tax on basic food staples such as bread or milk and a 200-euro bonus for households with annual incomes below the threshold of 27,000 euros.