Home Business Study finds UK CEOs are paid 759% more than their employees
Our website publishes news, press releases, opinion and advertorials on various financial organizations, products and services which are commissioned from various Companies, Organizations, PR agencies, Bloggers etc. These commissioned articles are commercial in nature. This is not to be considered as financial advice and should be considered only for information purposes. It does not reflect the views or opinion of our website and is not to be considered an endorsement or a recommendation. We cannot guarantee the accuracy or applicability of any information provided with respect to your individual or personal circumstances. Please seek Professional advice from a qualified professional before making any financial decisions. We link to various third-party websites, affiliate sales networks, and to our advertising partners websites. When you view or click on certain links available on our articles, our partners may compensate us for displaying the content to you or make a purchase or fill a form. This will not incur any additional charges to you. To make things simpler for you to identity or distinguish advertised or sponsored articles or links, you may consider all articles or links hosted on our site as a commercial article placement. We will not be responsible for any loss you may suffer as a result of any omission or inaccuracy on the website.
Business

Study finds UK CEOs are paid 759% more than their employees 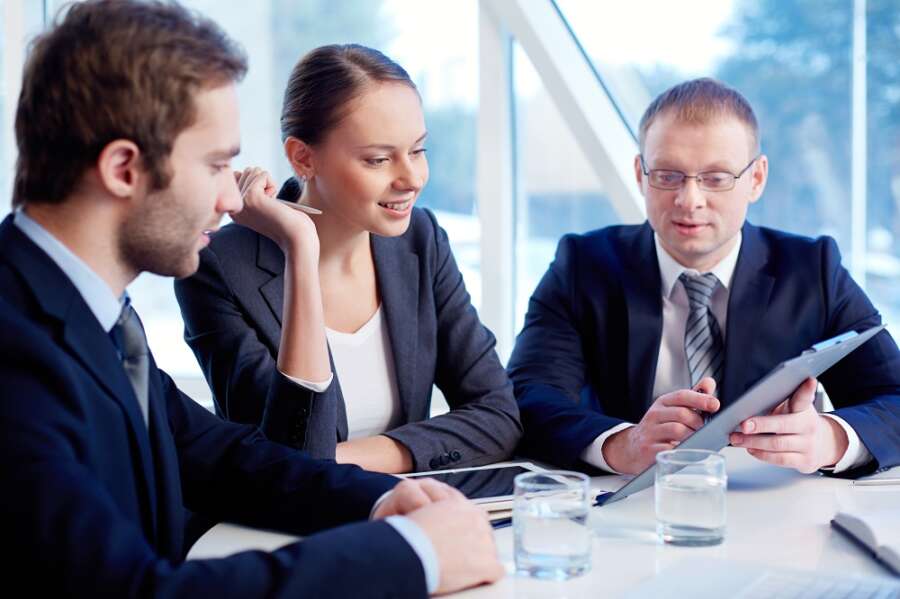 Company CEOs are known to be paid obscene amounts, with their wages often making the news, particularly during difficult times for their company or industry. Often the CEOs are earning hundreds of thousands, if not millions, more than their employees, particularly in traditionally unskilled industries like fast food and factory work.

Wage gaps between the CEO and employees can demotivate workers, leading them to feel like they are not fairly paid for the work they do. A new study by careers board Lensa has taken a deep-dive into the salaries of the CEOs of countries around the world, and compared them to the median salary of employees in that country.

Germany and France rounded out the top five, making it all European countries with the biggest wage disparity between CEOs and their employees. In Germany, CEOs are paid 622% more than their employees, whilst in France, the gap is 604%. Other countries in the top 10 included Japan (530%), USA (519%) and the Netherlands (485%).

Countries with the highest paid CEOs:

Moving onto the countries with the highest paid CEOS, it is unsurprisingly the USA in first place – with an average CEO salary of $429,663, or an hourly rate of $207. The UK was in second place with an average CEO wage of $405,219, or $195 per hour. In third place was Germany, where CEOs are paid $387,928 or $187. Netherlands and Switzerland were in fourth and fifth place, with average CEO salaries of £344,294 and $324,600 respectively. With the exception of the USA and Canada ( which was in ninth place), the top 10 countries with the highest paid CEOs were all in Europe.

The study also looked at the top 100 companies in the USA to reveal which have the highest paid CEOs, and the biggest wage gap between those at the top and their employees.

In terms of the highest-paid CEOs, Comcast’s CEO, Brian L. Roberts came first, earning a salary of $3.44m. Comcast is based in Philadelphia and owns several hugely successful media businesses such as Sky Group, NBC Universal, and DreamWorks Animation. Brian L. Roberts is estimated to be worth $1.8bn overall, so his Comcast salary only makes up a small proportion of his earnings. Apple’s CEO Tim Cook was in second place, with a base salary of $3m. Similarly, Viacom’s CEO, Robert M. Bakish earned $3m per year. However, whilst Tim Cook is said to be worth $1.4bn, Robert M. Bakish’s net worth pales in comparison, at $25.5m, showing that he is more likely to rely on his CEO salary than Tim Cook.

Next, Lensa’s study looked at wage gaps between CEOs and their staff. In first place, with a frankly astounding gap of 14,007%, was Coca-Cola’s CEO, James Quincey. Quincey’s annual salary is $1.6m, whilst the average employee for the company earns just $11,342 – a wage gap of over $1.5m. Quincey first joined the business in 1996 and was named CEO in 2016.

By comparison, the CEO with the smallest wage gap was Tesla’s Elon Musk, with a wage gap of minus -59%. Musk was the only CEO in Lensa’s study to take a smaller salary than an employee, at $23,760, compared to the median employee wage of $58,455. However, it’s important to note that Musk’s net worth currently sits at an astronomical $271 billion.

You can see the full results of the study here: https://lensa.com/insights/ceo-wage-gap/

How Can the Government Provide Support to the Engineering Sector?

The priciest place to rent a desk in...

Scottish solutions business invests in the future with...

The short, medium and long-term impacts to consider...