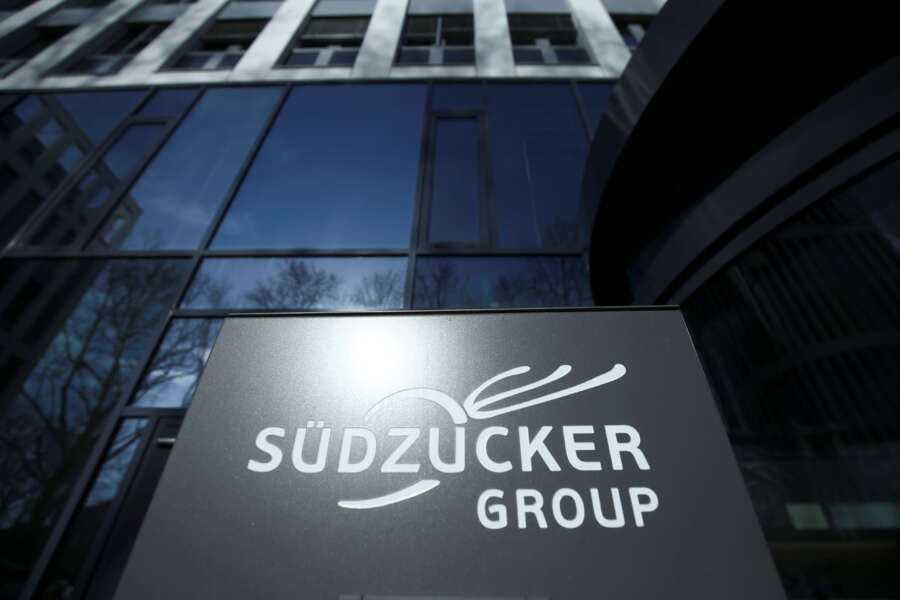 FILE PHOTO: A company logo of Suedzucker Group is pictured at the headquarters in Mannheim, Germany March 12, 2019. REUTERS/Ralph Orlowski
Headlines

Suedzucker expects to raise its sugar prices again next year

The news of further price rises for a widely-used food staple like sugar comes as European policymakers scramble to try control inflation and curb a cost of living crisis.

“In some areas, increased costs are still putting pressure on the margin. We will therefore have to implement further price increases next year,” Poerksen said on the sidelines of an International Sugar Organisation seminar in London, referring to sugar prices and also to processed foods like pizza and ‘functional’ or health food ingredients like isomalt.

EU sugar prices on the spot market are already at record high levels – nearly three times those seen a year ago – following extreme weather and a surge in energy costs, forcing confectioners to consider production cuts.

Sugar production is among the most energy-intensive industries and is especially reliant in the European Union on gas, prices of which have soared this year as key producer Russia has sharply restricted supply.

Earlier this month, Suedzucker, which has a range of non-food interests including biofuels, said it expected profits for the year to end-February 2023 would be nearly twice as high as a year ago as higher sugar prices would compensate for rising energy and raw materials costs.

Poerksen said sugar consumption had recovered to pre-COVID levels despite efforts to reduce use of the sweetener in foods on health grounds. He added there are many other uses for sugar, like ethanol.

In terms of supply, Poerksen doesn’t expect higher prices for sugar-beet to result in much higher plantings next year because farmers are limited by crop rotation constraints.

The sugar beet area for this winter’s crop is down by about 4% on the year, according to Suedzucker.