Home Business Sydney Airport gets $16.7 billion buyout bid as investors take longer-term view on travel
Our website publishes news, press releases, opinion and advertorials on various financial organizations, products and services which are commissioned from various Companies, Organizations, PR agencies, Bloggers etc. These commissioned articles are commercial in nature. This is not to be considered as financial advice and should be considered only for information purposes. It does not reflect the views or opinion of our website and is not to be considered an endorsement or a recommendation. We cannot guarantee the accuracy or applicability of any information provided with respect to your individual or personal circumstances. Please seek Professional advice from a qualified professional before making any financial decisions. We link to various third-party websites, affiliate sales networks, and to our advertising partners websites. When you view or click on certain links available on our articles, our partners may compensate us for displaying the content to you or make a purchase or fill a form. This will not incur any additional charges to you. To make things simpler for you to identity or distinguish advertised or sponsored articles or links, you may consider all articles or links hosted on our site as a commercial article placement. We will not be responsible for any loss you may suffer as a result of any omission or inaccuracy on the website.
Business 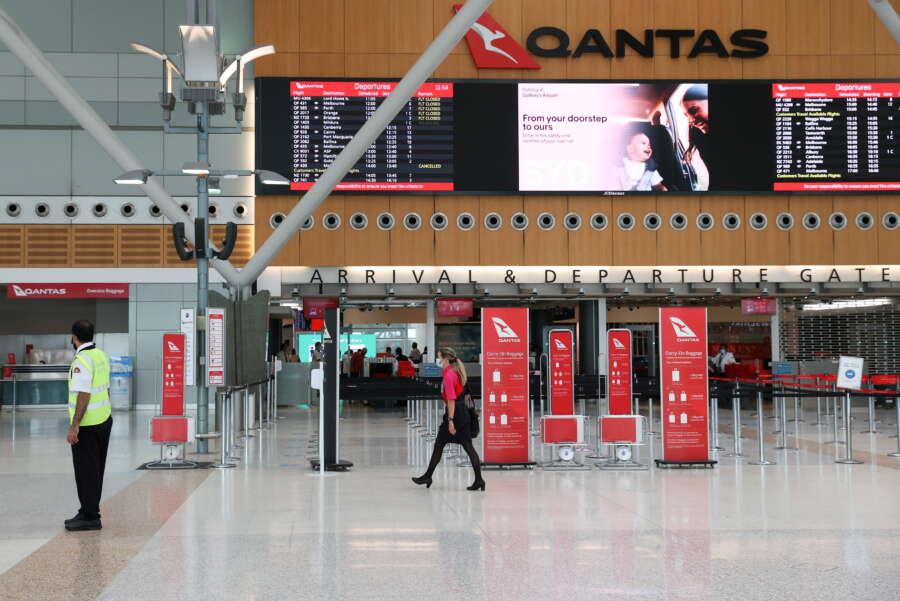 By Jamie Freed and Scott Murdoch

Record-low interest rates have led pension funds and their investment managers to chase higher yields. The purchase, with an enterprise value of A$30 billion including debt, would allow them to reap financial benefits when borders reopen and travel demand rebounds.

If successful, the deal would be Australia’s biggest this year, eclipsing the $8.1 billion spin-off of Endeavour Group Ltd and Star Entertainment Group Ltd’s $7.3 billion bid for Crown Resorts Ltd.

The Sydney Aviation Alliance – a consortium comprising IFM Investors, QSuper and Global Infrastructure Partners – has offered A$8.25 per Sydney Airport share, a 42% premium to the stock’s Friday close.

The news sent the stock up as much as 38% to A$8.04 in early Monday trade, though it later retreated to around A$7.55, indicating market uncertainty as to whether the deal will succeed.

Sydney Airport noted the offer was below its pre-pandemic share price and said it would review the proposal, which is contingent on granting due diligence and recommending it to shareholders in the absence of a superior offer.

The airport operator’s share price hit a record A$8.86 in January last year, before the novel coronavirus pandemic led to a collapse in travel demand.

The company is Australia’s only listed airport operator. A successful deal would bring its ownership in line with the country’s other major airports which are owned by consortia of infrastructure investors, primarily pension funds.

Australia’s mandatory retirement savings system, known as superannuation, has assets of A$3.1 trillion, according to the Association of Superannuation Funds of Australia.

With record-low interest rates, funds are looking at infrastructure investments for higher yields.

“It’s the right timing to be looking at these assets which have got a 75-year life when conditions are arguably at the bottom,” said a Sydney Airport investor who declined to be named because the person’s firm was still assessing the proposal. “It’s opportunistic in that regard, but understandable.”

Australia’s international borders are widely expected to remain closed until at least the end of the year due partly to a slower vaccination programme than in most developed countries.

Domestic travel has also been disrupted by a two-week lockdown in Sydney during the normally busy school holiday period, after an outbreak of the highly contagious Delta variant of COVID-19. Other states have closed borders to Sydney residents.

The airport has long held a monopoly on traffic to and from Australia’s most populous city, but that is due to end in 2026 with the opening of Western Sydney Airport.

The consortium said its members invest directly or indirectly on behalf of more than 6 million Australians and collectively have more than A$177 billion of infrastructure funds under management globally, including stakes in 20 airports.

IFM holds stakes in major airports in Melbourne, Brisbane, Perth and Adelaide. QSuper owns a stake in Britain’s Heathrow Airport whereas Global Infrastructure is invested in that country’s Gatwick and London City airports.

Their offer is contingent on UniSuper, Sydney Airport’s largest shareholder with a 15% stake, agreeing to reinvest its equity interest for an equivalent equity holding in the consortium’s vehicle.

UniSuper, which also holds stakes in Adelaide and Brisbane airports, said it was not a consortium partner nor privy to any details outside information disclosed publicly.

“UniSuper does however, in-principle, see merit in Sydney Airport being converted from a publicly listed company to an unlisted company. UniSuper also has a favourable view of the consortium partners,” the fund said.