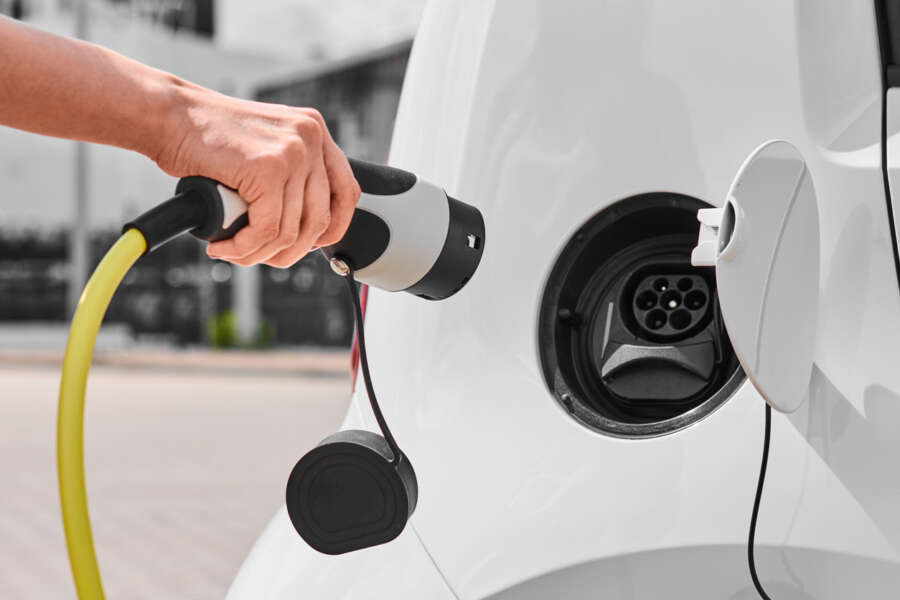 “The recent reductions in the plug-in grants for electric motorcycles and mopeds was a major step in the wrong direction for the government, but the Action Plan shows positive signs that the UK can transition to a greener, electric future.” Richard Jordan CEO at Super Soco UKIndustry leaders meet to discuss launch of Action Plan for zero-emission Powered Light Vehicles

February 7, London, UK: Following the launch of the joint Government and Industry Action Plan for zero-emission Powered Light Vehicles (PLVs), leaders in the electric transport industry gathered on the 2nd of February to discuss the plan and the future we can expect to see for PLVs.

Reflecting on the governments’ Action Plan, Richard Jordan, CEO at Super Soco UK, the UK’s top-selling electric motorcycle brand in 2021, said: “The recent reductions in the plug-in grants for electric motorcycles and mopeds was a major step in the wrong direction, with some grants for the most affordable PLV options cut by up to 90%. However, the introduction of the Action Plan shows that government is listening, and is hopefully the start of a more collaborative, market-led approach.”

In the UK Government’s Transport Decarbonisation Plan: Build Back Better and Greener Britain released in July last year, the Government tasked the Motorcycle Industry Association (MCIA) and Zemo Partnership to set out the steps needed to improve the PLV Industry and accessibility.

The PLV industry encompasses two, three and light four-wheeled vehicles.  Deployment of electric PLVs is essential if Government is to achieve its net-zero by 2050 target and realise the potential benefits for communities and transport systems.

Within the ten-point plan are measures to make PLVs accessible for all, with a review of existing L-Category vehicle regulation and the current grant and incentivisation structure to create public awareness of the benefits of zero-emission PLVs for consumers and businesses. This includes the publishing of a toolkit at the end of last year to help support local authorities in planning and delivering measures to reduce carbon emissions from transport, recognising the important roles PLVs will play.

The Future of Transport Minister, Trudy Harrison, gave a keynote speech at the event and outlined her full support of the success so far of using PLVs in the last-mile delivery industry, as well as her awareness of the availability and price being a high barrier to mobility for people.

The transport minister also advocates the Right Vehicle for the Right Journey approach outlined in the Action Plan and backed giving road users access to a variety of transport solutions that satisfy a particular need at a particular time.

Richard continues “The recent news of budget cuts to the London underground works, as well as funding for walking and cycling schemes being placed on hold, raises concerns about the future sustainable development of our transport network and strengthens the need for the implementation of a stronger plan to activate independent, emissions free travel and goods delivery, such as the Action Plan.

“Being smaller, lighter, and generally less powerful than larger vehicles, PLVs typically consume less energy during both their manufacture and their use on the road. This means lower emissions over the lifetime of the vehicle, meaning they are an essential component in transport decarbonisation.

“The Action Plan and engagement with industry during the subsequent consultation are crucial to ensure zero-emission PLVs are considered and incorporated into the development of the EV infrastructure, and we hope to see a review of grants and existing L-Category vehicle regulation to enable more innovative vehicle design and usage models, combined with effective regulation and a suitably rapid phase out of petrol vehicles, especially lower powered models used for delivery and commuting.

“We must focus on cost and capability to determine how to decarbonise motorcycle, moped and other PLV use.  In my view, electric low-powered mopeds and motorcycles are already more capable than their petrol equivalents and this is reflected in the fleet deployment that we are seeing.  Electric high-powered leisure machines have some way to go, to bring the cost down and the capability (in terms of range) up.  What we need is a graduated, market-led approach to phasing out petrol according to these metrics, and I hope to see this reflected in the outcome of the consultation.”

Super Soco achieved remarkable success last year, with the flagship CPX model featuring as the first electric vehicle in the list of top 10 UK-registered models, proving that plug-in PLVs are growing in popularity and consumers and businesses can expect an exciting future that is electric.

Super Soco UK is the UK’s most popular brand of electric motorbikes and mopeds, with more than 60 dealers across the UK.  GreenMo UK provides Super Soco mopeds and motorcycles, alongside e-bikes, to the most demanding delivery fleets in the UK. Super Soco UK and GreenMo UK are part of the Go Green group, which operates over 35,000 electric vehicles in 8 countries across Europe.