Home Headlines The top 24 most difficult UK locations to deliver parcels to this Christmas
Our website publishes news, press releases, opinion and advertorials on various financial organizations, products and services which are commissioned from various Companies, Organizations, PR agencies, Bloggers etc. These commissioned articles are commercial in nature. This is not to be considered as financial advice and should be considered only for information purposes. It does not reflect the views or opinion of our website and is not to be considered an endorsement or a recommendation. We cannot guarantee the accuracy or applicability of any information provided with respect to your individual or personal circumstances. Please seek Professional advice from a qualified professional before making any financial decisions. We link to various third-party websites, affiliate sales networks, and to our advertising partners websites. When you view or click on certain links available on our articles, our partners may compensate us for displaying the content to you or make a purchase or fill a form. This will not incur any additional charges to you. To make things simpler for you to identity or distinguish advertised or sponsored articles or links, you may consider all articles or links hosted on our site as a commercial article placement. We will not be responsible for any loss you may suffer as a result of any omission or inaccuracy on the website.
Headlines 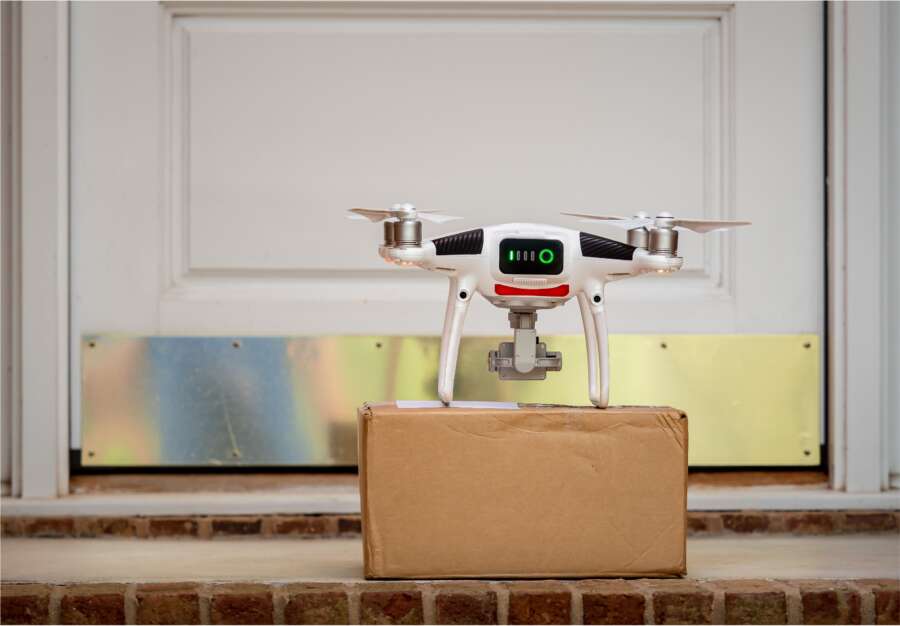 We all know that Christmas seems to come around quicker every year – especially when shops and high streets are determined to conjure up a sea of lights and snowmen the instant the last Halloween pumpkin has been sold.

There’s even a name for this phenomenon: it’s called ‘Christmas Creep.’ But whether you love or loathe the creeping encroachment of jingle bells into the autumn months, there are times in which it’s very handy to think about Christmas early – especially when it comes to the extra time it takes to send packages to loved ones in remote locations.

Recent research by Quote Goat, an insurance, finance, and energy comparison site for consumers and businesses, has revealed the 24 hardest UK locations to deliver to just in time for Christmas – where the following five locations top the chart with the most unusual delivery situations:

Admittedly, it’s not the most surprising reveal in the world to find that Orkney ranks at number eight on the list of difficult-to-reach locations: a collection of islands off the northern coast of Scotland is, after all, about as remote as it gets.

In fact, delivery difficulties in Orkney have led the Royal Mail to take drastic new steps – including, in October, the trial of a drone-based postal service, allowing flying robots to deliver up to 100kg of post to some of the island’s reclusive residents.

The remote Orkney Islands might be lonely places, but they’re in good company on this list! The Isles of Scilly rank at number one on the list of most difficult-to-reach delivery locations – and, like Orkney, the Royal Mail has been resorting to drones to carry vital supplies like COVID tests and PPE to residents.

For those who need to use couriers, however, time and expense will quickly mount up with all delivery services charging additional fees.

Surprisingly, these costs and expenses aren’t limited to islands. Places like Pembrokeshire also made the list – and, although it’s surrounded by sea on all three sides, you don’t need a boat to get there!

Despite being a popular holiday destination, Pembrokeshire still made the list at number 24 – showing that you can’t make any assumptions when it comes to tricky parcel deliveries.

It’s not all surprises, of course, and the Outer Hebrides rockets us back up the list to number two.

In fact, Scottish islands like this have been historically associated with the ‘Postcode Penalty,’ whereby around a million Scots face additional fees for deliveries – with island communities in particular facing a 500 per cent mark up compared to standard delivery prices, according to Citizens Advice Scotland.

So, what do these prices and timescales look like? Let’s take number four on our list (the highlands) as an example.

If you wanted to send a parcel to – for the sake of argument – Invergarry via courier, you could face delivery charges of £21.50 and between three and five working days of additional delivery time.

So, if you’re the kind of person who likes to save your shopping for Christmas Eve, maybe spare a thought for your remote or island-bound relatives – who may otherwise find a surprise package dropped off by drones sometime in the New Year!

Brought to you by Quote Goat

Telecoms, media and technology trends to watch in 2022

Historic crown to be modified for King Charles’s...