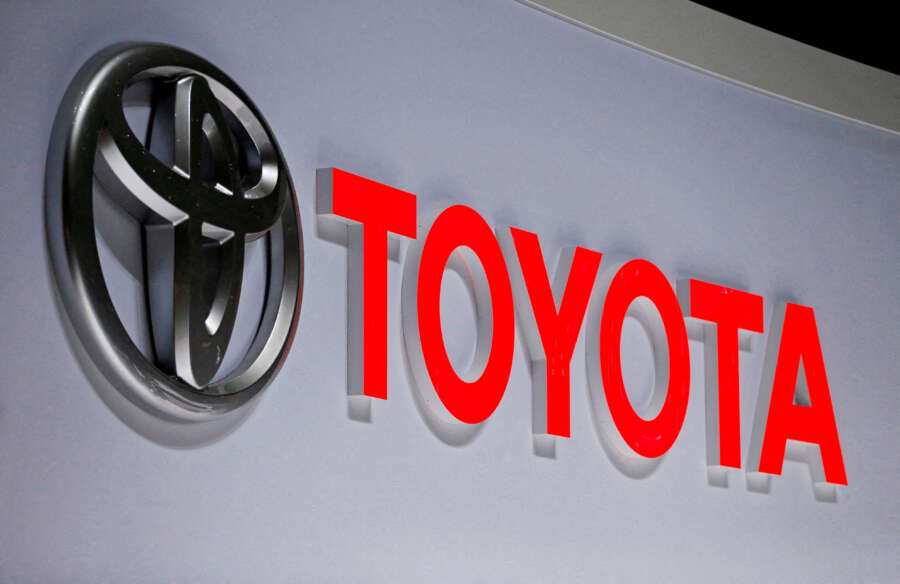 The world’s biggest automaker by sales also warned that it remained difficult to predict the future after posting its fourth consecutive quarterly profit decline, underlining the strength of business headwinds it faces.

During the coronavirus pandemic, Toyota fared better than most car makers in managing supply chains, but it fell victim to the prolonged chip shortage this year, cutting monthly production targets repeatedly.

Operating profit for the three months ended September fell to 562.7 billion yen ($3.79 billion), well short of an average estimate of 772.2 billion yen in a poll of 12 analysts by Refinitiv. A year earlier, Toyota sales reported a 749.9 billion yen profit.

Toyota said it now expects to produce 9.2 million vehicles this fiscal year, down from the previously forecast 9.7 million but still ahead of last financial year’s production of 8.6 million units.

Reuters reported last month Toyota had told several suppliers it was setting a global target for the current business year to 9.5 million vehicles and signalled that forecast could be lowered, depending on the supply of steel.

Amid the gloom, shares in Toyota fell more than 2%, versus a 0.1% rise in the Nikkei average.

Still, the company stuck to its full-year operating forecast of 2.4 trillion yen for the fiscal year through March 31.

Toyota said last week its global production rebounded by 30% in the quarter that ended in September, but warned shortages of semiconductors and other components would continue to constrain output in coming months.

It also warned last month that it would be unlikely to meet its 9.7 million vehicle production goal for this financial year citing a scarcity of chips.

The yen has plunged around 30% this year against the U.S. dollar, but the benefit of the cheap yen – making sales overseas worth more – has been offset by soaring input costs. Toyota estimated in August that materials costs for the full year will be 1.7 trillion yen, a 17% increase from previous estimate.

The automaker is also under scrutiny from green investors and environmentalists over its slow push into fully electric vehicles (EV).

Just a year into its $38 billion EV plan, Toyota is already considering rebooting it to better compete in a market growing beyond its projections, Reuters reported last month.