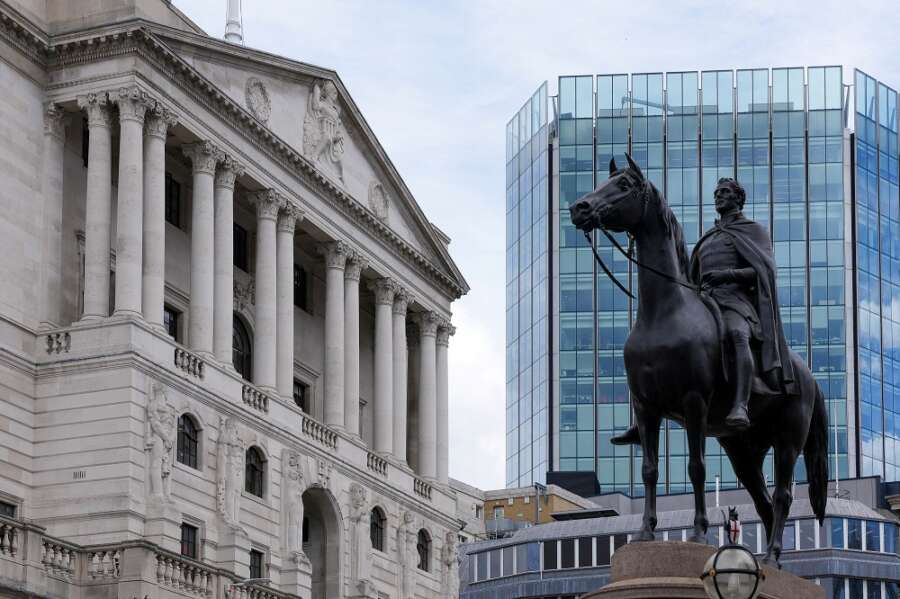 LONDON (Reuters) – British credit card borrowing grew at the fastest pace since 2005 in the 12 months to July, Bank of England data showed on Tuesday, in a potential sign that some households are struggling to make ends meet as the cost of living soars.

Credit card borrowing rose by a net 740 million pounds ($869 million) on the month, down from a 945 million-pound increase in June but 13% higher than the year before, the biggest annual increase since October 2005.

The average interest rate on credit card borrowing rose to 21.7% in July, the highest since late 1998, the data showed.

“The most vulnerable have run out of quick fixes, which is why we continue to see considerable growth in demand for credit,” Paul Heywood, chief data and analytics officer at credit scoring agency Equifax UK, said after the data’s release.

Consumer price inflation hit a 40-year high of 10.1% in July and regulators plan to increase household energy tariffs by 80% in October. Further increases are likely in January.

Broader consumer credit, which also includes unsecured personal loans and overdrafts, grew at the fastest annual rate since March 2019, up 6.9%.

“As these data are in nominal terms, they are being supported by the rise in prices and are therefore perhaps suggesting that consumer spending is more resilient than it really is,” he said.

Britain’s longest-running measure of consumer sentiment hit a record low in August, and the BoE predicts October’s jump in energy prices will push the country into recession.

Goldman Sachs warned that inflation in Britain could exceed 22% early next year if gas prices stay high, compared with their baseline forecast for a peak of 14.8%.

However, despite the slump in sentiment, retail sales volumes have so far held up fairly well. 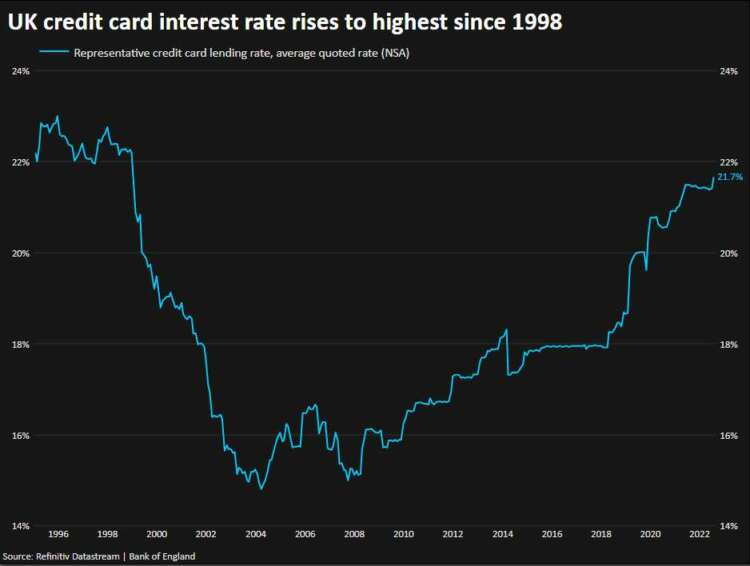 Households added 4.3 billion pounds to their savings in July – slightly less than the pre-pandemic average monthly increase of 4.6 billion pounds – suggesting many were not yet changing their financial behaviour, Dales said.

In total, households have built up an extra 192 billion pounds since the start of the COVID-19 pandemic but many households have none, Pantheon Macroeconomics estimated.

“Accordingly, a recession across Q4 and Q1 next year will be avoided only if government support is beefed up massively,” Pantheon’s chief UK economist, Samuel Tombs, said.

Both contenders to become Britain’s next prime minister promise more help for households, although front-runner Liz Truss has said her preference is for tax cuts which many economists say will not help the poorest households much.

Surveys in July and early August had suggested that the higher cost of living and interest rates were taking the wind out of Britain’s previously booming housing market.

Tuesday’s data showed the average interest rate on a new two-year fixed-rate 75% loan-to-value mortgage hit its highest since September 2012 at 3.51%, up from 1.29% a year earlier.

However, there was little impact on the number of house purchases. Mortgage approvals for house purchase edged up to 63,770 from a downwardly revised June reading of 63,184, exceeding economists’ forecasts which had predicted a drop to 61,725.