Home Business UK employees doubled their sick days in the last year… but, not for COVID
Business

UK employees doubled their sick days in the last year… but, not for COVID 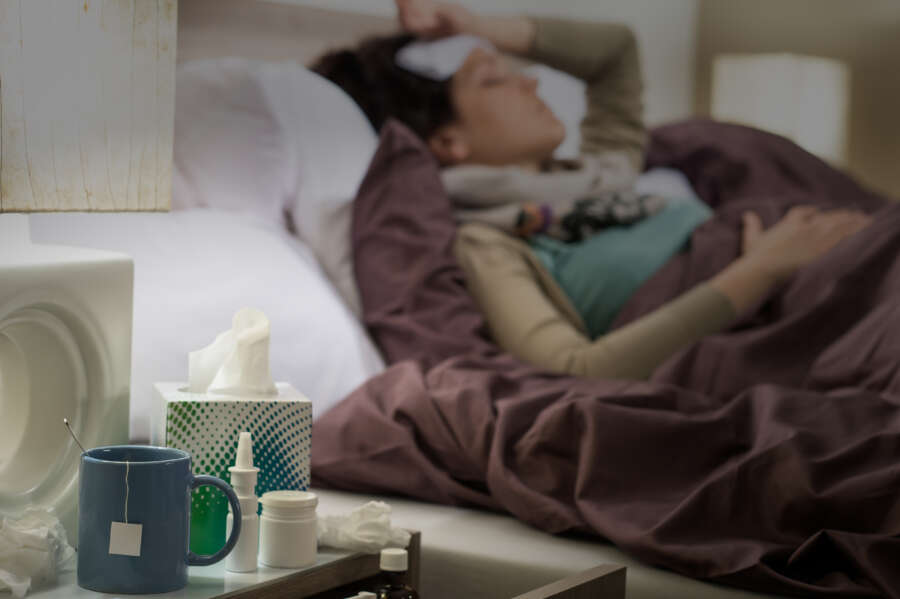 Coronavirus was not one of the top 10 reasons UK adults called in sick for over the past year, according to study

A new survey by online printing specialists, instantprint, which revisited a previous study on the same topic from early in 2020 (pre-Covid), has revealed that the average number of sick days taken has almost doubled over the past year.

The new survey found that the average number of sick days taken by UK employees across 2020 was four out of 256 possible working days, this figure had almost doubled from the previous survey which had revealed that UK employees called in sick an average of 2.6 days each in 2019.

This dramatic increase highlights that although Brits are less likely to call in sick across the board those who have needed time off this year have been requiring a more extended break to recover from their illness.

However, not everyone who’s calling in sick is doing so truthfully, as one in ten (9%) even divulged that they call in sick on a regular basis, despite not actually being unwell.

A third (33%) of Belfast residents admit that they regularly “pull a sickie” in order to bag an extra day off work, with Southampton (19%) and London (14%) joining them as the UK cities where residents are most likely to pull a sickie regularly.

Workers from Norwich (50%), Sheffield (50%) and Edinburgh (50%) were the UK cities where residents were found to be least likely to fake an illness for a day off, with half of those surveyed within each city stating that they “would never do so”.

Despite being faced with a global pandemic, Covid-19 was not found to be one of the top 10 reasons UK adults called in sick over the past year. Instead, the flu (22%), the sniffles (18%) and headaches and migraines (12%) were the most common causes behind sick days taken by UK employees over the past 12 months.

Perhaps even more surprising is that the Covid-19 virus was not voted as the number one ‘valid’ reason for calling in sick, which was reserved for having the flu (64%).  Both the death of a family member, and Covid-19 (and illnesses related to it) claimed joint second place on the list (53%).

When quizzed on how their attitude towards calling in sick has changed since before the pandemic, more than a fifth (22%) stated that it would “take a lot” for them to take a sick day, even in the wake of the pandemic.

A fifth (21%) shared they’re now less likely to call in sick, only doing so for a more serious illness.

Only a third (30%) of employees said they don’t feel any pressure around heading into work when sick since the Covid pandemic hit. Positively, this number has doubled since the 2019 study on the same topic was conducted, when just 15% of UK workers said they never feel pressure from bosses when calling in sick.

Thirty-two per cent of UK workers said “they would be angry with any colleagues who came to work whilst under the weather” while just one in twenty (5%) said this behaviour wouldn’t bother them.

However, fifteen per cent of UK adults still believe there is more pressure on them to go into work, even when unwell, following the pandemic. A further 17% stated that unless they’re suffering from Covid, or an equally as serious illness, then there is likely to be pressure for them to not take a time off to get better.

Shockingly, just half of those surveyed felt as though a trip to A&E or being hospitalised (52%) was an acceptable excuse when calling in sick.

Angela Hunter, Head of Team Experience, commented on the findings:

“After what seems like the longest and most unpredictable year, we were eager to revisit our earlier study which was conducted prior to the pandemic taking hold and examined sick day stigma encountered by UK employees to gauge how this has changed.

“When comparing just some of the key findings, it is encouraging to see the quite significant drops in numbers surrounding the pressure felt by UK employees when calling in sick.

“As a business, we believe that our employees’ health and wellbeing is an integral part of a happy and healthy workforce. We’ve seen that the pandemic has especially impacted mental health and our team has benefited from having qualified mental health first aiders on hand to support them during this difficult time.

“We would encourage any business to ensure their staff feel 100% comfortable about taking a day off for rest and recovery when required, without feeling any pressure to do the opposite.”

Pandemic cyberthreats have pushed IT teams to breaking point

Getting the most out of the future of work