Home Headlines UK’s Micro Focus shares nearly double after Canada’s OpenText agrees $6 billion takeover
Our website publishes news, press releases, opinion and advertorials on various financial organizations, products and services which are commissioned from various Companies, Organizations, PR agencies, Bloggers etc. These commissioned articles are commercial in nature. This is not to be considered as financial advice and should be considered only for information purposes. It does not reflect the views or opinion of our website and is not to be considered an endorsement or a recommendation. We cannot guarantee the accuracy or applicability of any information provided with respect to your individual or personal circumstances. Please seek Professional advice from a qualified professional before making any financial decisions. We link to various third-party websites, affiliate sales networks, and to our advertising partners websites. When you view or click on certain links available on our articles, our partners may compensate us for displaying the content to you or make a purchase or fill a form. This will not incur any additional charges to you. To make things simpler for you to identity or distinguish advertised or sponsored articles or links, you may consider all articles or links hosted on our site as a commercial article placement. We will not be responsible for any loss you may suffer as a result of any omission or inaccuracy on the website.
Headlines 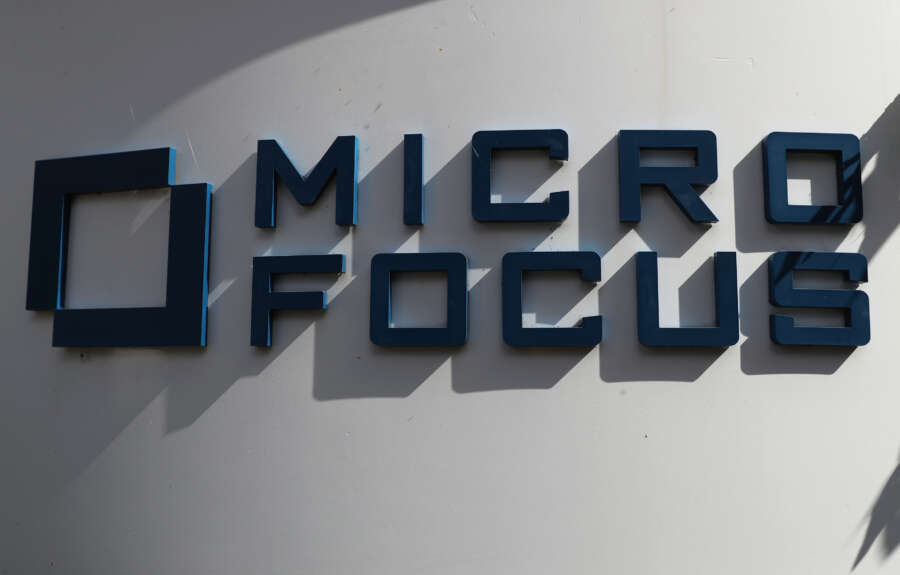 By Eva Mathews and Krystal Hu

(Reuters) -Shares of Micro Focus soared more than 90% on Friday after Canadian software company OpenText agreed to buy the enterprise software maker in an all-cash deal valuing the British company at $6 billion including debt.

In a push to expand its enterprise information management business, OpenText said on Thursday it would pay 532 pence ($6.30) in cash for each Micro Focus share, a 98.7% premium over Micro Focus’s closing price on Thursday, giving the company a market capitalization of about $2 billion.

Micro Focus’ shares soared to a more than one-year high of 518 pence in early trade.

The UK company said it considered the terms of the deal to be “fair and reasonable” and would recommend shareholders vote in favour of the acquisition, according to the joint statement on Thursday.

Micro Focus, based in Newbury, Berkshire, has $4.4 billion debt on its balance sheet, according to its latest earnings report.

OpenText will fund the deal by raising $4.6 billion in new debt, $1.3 billion in cash and drawing $600 million from its existing revolving credit facility.

During a call with analysts, OpenText Chief Executive Mark Barrenechea said the company can stabilize Micro Focus’ business and accelerate its cloud transition.

Micro Focus helps customers maintain and integrate legacy IT technology, a business it has grown by acquiring legacy technology such as mainframe computer software used by banks, retailers and airlines.

OpenText, one of Canada’s largest software makers, said it expects cost savings of $400 million after the deal closes. The deal will be subject to regulatory approval.

The company’s U.S-listed shares were down 4.8% in after-hours trading on Thursday.

Barclays served as financial adviser to OpenText on the deal, which is expected to close in the first quarter of 2023.

(Reporting by Eva Mathews and Yadarisa Shabong in Bengaluru and Krystal Hu in New York;Editing by Vinay Dwivedi, Arun Koyyur and Susan Fenton)