Home Research Reports Under 35s struggling the most with home working; they feel more isolated, stressed and overworked and are struggling to switch off
Our website publishes news, press releases, opinion and advertorials on various financial organizations, products and services which are commissioned from various Companies, Organizations, PR agencies, Bloggers etc. These commissioned articles are commercial in nature. This is not to be considered as financial advice and should be considered only for information purposes. It does not reflect the views or opinion of our website and is not to be considered an endorsement or a recommendation. We cannot guarantee the accuracy or applicability of any information provided with respect to your individual or personal circumstances. Please seek Professional advice from a qualified professional before making any financial decisions. We link to various third-party websites, affiliate sales networks, and to our advertising partners websites. When you view or click on certain links available on our articles, our partners may compensate us for displaying the content to you or make a purchase or fill a form. This will not incur any additional charges to you. To make things simpler for you to identity or distinguish advertised or sponsored articles or links, you may consider all articles or links hosted on our site as a commercial article placement. We will not be responsible for any loss you may suffer as a result of any omission or inaccuracy on the website.
Research Reports

Under 35s struggling the most with home working; they feel more isolated, stressed and overworked and are struggling to switch off 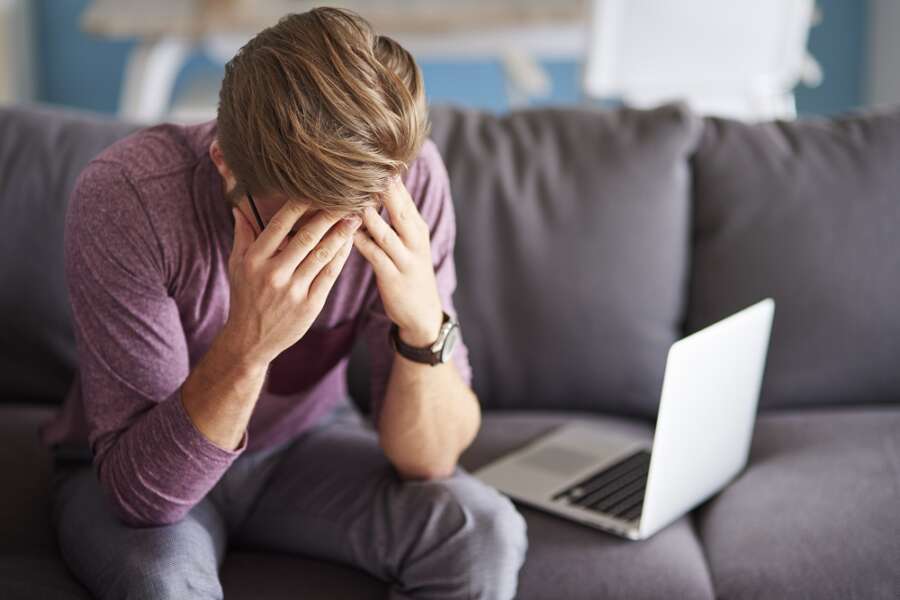 As many UK workers begin heading back into the workplace, a new study has found younger workers have struggled the most with the shift to home-working during the pandemic.

The LifeSearch Health Wealth & Happiness Index has found that three in ten (31%) of people working from home find it more stressful than being in the office, but this rises to 38% of younger people.

Overall, 40% of home workers say they feel lonely and isolated working from home, but this rises significantly for under 35s, with over half – 52% – saying homeworking makes them feel lonely and 49% feel ‘cut-off’ from colleagues. Three in five (61%) younger people miss the team morale and workplace community.

Despite the fact that 57% of people have worked from home during the pandemic – and 78% of those still are – one of the key reasons why so many people are struggling to work from home could be down to home set-up:

The latest research from insurance broker, LifeSearch, also found that a third (32%) of younger workers feel they work too much – compared with 29% overall.

Just over a third (34%) of Brits say they have worked more hours since the pandemic started, but this rises to 42% of younger people; one in nine (11%) of under 35s say they are working at least 10 hours extra per week.

In comparison, over 55s are more likely to be working fewer hours than they did before the pandemic.

Greater job demands (43%), time spent not commuting (25%) and finding it hard to switch off at home (24%) were the top reasons for why people said they were working more. For younger workers, ‘needing the extra money’ was also a key factor, with 26% saying this was the reason for putting in extra hours.

Emma Walker, Chief Marketing Officer at LifeSearch who commissioned the study said: “While working from home can bring many benefits, we have found that younger people in particular have struggled with this shift, both practically – they are more likely not to have a suitable home working environment – and emotionally, with feelings of loneliness and isolation higher in this age group.”

“With younger people more likely to live alone, or to share with housemates or a young family, and therefore be competing over working space, it is perhaps understandable that this age group will have found it tougher to move to a home-based environment.”

The research forms part of the LifeSearch Health, Wealth and Happiness Study, compiled with the Centre for Economics and Business Research (Cebr), which monitors changes in the three indices individually and combined, dating back to 2011.   The Health, Wealth and Happiness of the UK population reached its lowest level in a decade in Q2 2020 as the events of the last year provided the most dramatic shifts in sentiment impacting these three key elements of our everyday life. More recently, in Q1 2021, the combined HWH Index fell 5% on the previous quarter, although this did not quite amount to the lows of Q2 2020 – HWH 2011-2021 graph.

Walker concluded: “There is reason for optimism looking forward. Given the continuing vaccine rollout, and the roadmap for easing restrictions, those who want to return to the office for a bit of ‘normality’ should be able to begin to do so, helping mitigate feelings of loneliness, isolation and being cut off from the workplace. However, this will no doubt continue to prove a challenge for employers to address the balance and differing needs of a multi-generational workplace.”

WSH JOINS THE RACE TO ZERO, ANNOUNCING THEIR COMMITMENT TO SETTING A SCIENCE-BASED TARGET TO ACHIEVE NET ZERO

1 in 3 office workers unlikely to have...