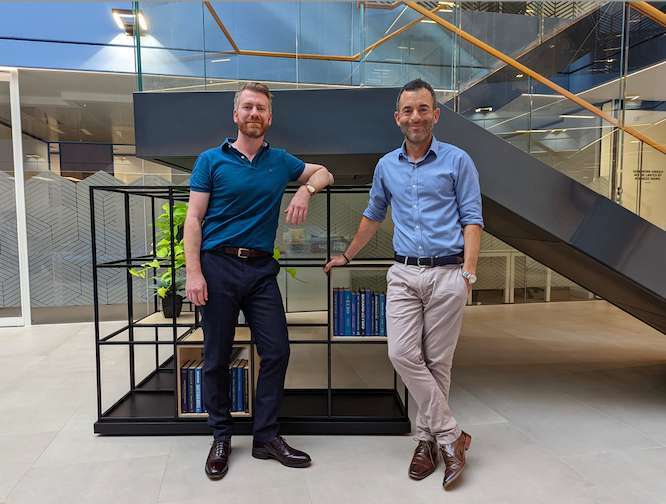 Deep-tech energy innovator IONATE has secured £3.3 million after a round of seed financing investment. The company, which has been supported by Edinburgh Innovations (EI), the University of Edinburgh’s commercialisation service, was founded in 2019 by its CEO Matthew Williams.

IONATE has a long-standing association with the University of Edinburgh’s School of Engineering with the company’s engineers working in close collaboration with the team of Professor Michaël Merlin. Following the award of a Smart Scotland Grant from Scottish Enterprise in 2020, Professor Merlin and his team, with support from EI, helped develop the first prototype of IONATE’s Hybrid Intelligent Transformer (HIT), which was built in the university’s labs. IONATE subsequently led a successful application in partnership with the university through the Eureka Globalstars programme, securing additional grant funding from Innovate UK to scale the technology to grid power levels.

The company is also currently co-sponsoring a University of Edinburgh PhD studentship with the support of an Energy Technology Partnership Grant.

IONATE will use the proceeds from this investment round to scale its operations and deliver its pioneering hardware-software power flow control solution to electricity distribution grids, renewables generation projects and energy storage assets. The company is currently working with its UK-based manufacturing partner to finalise the full-scale version of HIT, its proprietary hardware. HIT devices will be deployed in parallel proof-of-concept trials across multiple geographies, scheduled to begin next year.

IONATE’s CEO Matthew Williams said: “IONATE has been very fortunate to enjoy the support and expertise of Edinburgh Innovations and the University’s School of Engineering. They have been key in our success of transforming the initial idea into fully functioning technology in less than three years, and I hope to work together for many years to come.

“This investment round will enable us to commercialise our offering and realise IONATE’s role as a technology leader in the journey towards Net Zero. I’m very excited for the next chapter and to work side-by-side with our investors and partners on what promises to be a time of extraordinary development and growth.”

Andrea Young, Head of Investment at Old College Capital said; “We are delighted to join this seed round alongside a specialist syndicate of investors led by IQ Capital. IONATE has developed an elegant technology solution, able to help power grids manage major challenges associated with the energy transition. There’s an urgent need for its control technology as the transition towards clean energy is driving enormous growth in electrification, renewable generation, and electric vehicle charging.”

John Jeffrey, Head of Business Development for the College of Science and Engineering at Edinburgh Innovations said: “We are proud to support IONATE’s commercial development leveraging the close links between the company and the University’s School of Engineering. Through this partnership, our team, led by Professor Michael Merlin, has helped the company develop its technology to the stage where it is now a scalable business. Along with our Old College Capital colleagues, we are excited to see IONATE embark on this next stage of growth as it takes its technology out of the lab and deploys it at industrial scale.”