What living in the highlight zone could mean for publishers

By Naomi Owusu, CEO and Co-Founder of Tickaroo 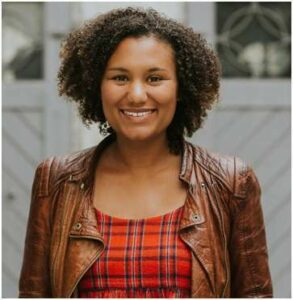 From the arguable demise of the local print newspaper to the social media sensation we now know as TikTok, the business of media, advertising and publishing has experienced a seismic shift over the past 15 – 20 years. And since the onset of the covid-19 pandemic, these industries have undergone even further levels of digital change.

In our smartphone dominated world, social media has taken on an increasingly powerful role in shaping public perception and has had an immense impact on the way we consume information and news.

Considering such figures, the value paradigm for journalism, too, has shifted: the question of whether journalism is a service or a standalone business remains compelling as digital forms of media reside as hegemonic players in the communication industries.

While storytelling has always been an innovator’s game and the boundaries of genre exist to be broken, latest media technologies are unleashing some fascinating surprises, creating exciting cultural norms and opportunities whilst shaping dominant narratives in a way never before seen. Still, the need to maintain a critical eye on developing cultural forces is as important as ever, particularly in cases where fake news and deceptive framing is operative.

As the world spins on a new model of media consumption, predominantly driven by the ascendency of the mobile phone, traditionalists may hark back nostalgically to the collective drum of the local newspaper, and even tarnish millennials as the holy ‘abandoners’ of print.

For many, print newspapers are considered a community emblem and the voices that constitute it, which has arguably been stripped of its value with the rise of the smartphone. To contextualise this point, on average, people open their smartphones over 58 times per day, which compared to ten years ago has grown by a whopping 460%, from an average daily use of 45 minutes to a staggering 252 minutes.

Not only has the way we consume media changed, the considerations of Gen Z have become dominant, meaning that publishers and businesses have an entirely new set of rules to play by. With a combined purchasing power of nearly $150 billion annually, Gen Z has become a seriously influential cohort, and its economic weight will only continue to strengthen as the generation matures into the workforce.

While the uncertainty of the pandemic produced a lift in audiences for journalism throughout the globe, many publishers remain increasingly reliant on digital advertising. The question now is how to get ahead and how to profit in this digital world, particularly as the value of exclusivity remains key for publishers. Indeed, solutions like liveblogs are being embraced because they speak to evolving user needs and expectations.

Emerging formats like streaming, in particular, have been key to paving the way for a new advertorial zeitgeist which considers the demands of a new economic and digital reality.

In our stream-dominated era, Gen Z’s cultural landscape, in particular, has been built around this model of entertainment consumption.

To put this into context, a recent Harris Poll surveyed more than 2,000 U.S. adults and found that 95% of Gen Z regularly stream content and 87% stream at least an hour or more each week.

Such behaviour is not limited to Gen Z populations, however. Millennials were first to popularise and demand video content and streaming has been a natural progression of this digital move.

Though Gen Z demographics represent the most target-rich database, a new digital cross-generation cohort has risen, creating an opportunity for publishers to look to solutions like liveblogging to help them pivot into this new arena.

As a format which enables readers to stay up to date on various topics, from COVID-19 news, election results to sports match highlights, liveblogging typifies one way that journalists could speak to audiences that expect evolving user experiences.

The value of bite sized reporting is clear from a monetization perspective, too. Leveraging new modes of revenue potential through advert-integration directly into liveblogs has been hugely beneficial for companies, as their feed-like quality avoids overwhelming readers with ads.

The latest platform to benefit is Quora, with creators increasingly attracted to share more of their knowledge because of the novel premium attached.

This tool is particularly pertinent to avoid treading on Gen Z’s digital natives toes. Underestimating this cohort’s ability to easily sniff out insincerity or incongruity in brands is more dangerous than in any other generational category. Trust in large institutions is declining in this sector of society – earning trust through considered and curated forms of advertising will therefore help to earn brand loyalty.

As giants like TikTok introduce new ways for its creators to make money from their content, other social media companies like YouTube and Instagram have followed suit by offering creator funds.  Taking a ‘highlight zone’ approach to news or content has therefore become crucial to stay relevant and in tune with consumer needs.

A new cultural apparatus: The meaning and potential of format change

We cooperate and communicate on a global level more than ever before – we don’t have to seek out news that’s happening on the other side of the world, it’s simply at our fingertips. This has created a novel and unique cultural consensus – one which is community-oriented and actualises the power of a global connectivity. While the local newspaper may seem dead, I would argue that its value hasn’t been lost, but instead reincarnated.

While the news agenda has been dominated by political turmoil, upheaval and division over the last couple of years, we’ve nevertheless seen a transformative surge in online movements, alliances and communities – powered by this new model of engagement with readers.

Liveblogs make it easier for the newspaper to receive useful user generated content, and from a social standpoint, make a strong case for ethical journalism as the battle over verifiable versus fake news remains poignant.

Andrew Sparrow at The Guardian created a politics live blog twelve years ago, which has since amassed one billion views. With such a huge following, this case is an example of the responsibility placed on journalists to ensure the news is conveyed with clarity, detail and context. Social media has become the go-to reporting platform for breaking new stories in real-time covering important world events, and whilst it has certainly increased the speed and ease at which information is spread, it has at the same time made the dissemination of fake news all the more rampant. This is why we need to rely more on live news blogs from reputable media outlets for news consumption as they are far more likely to be credible news sources that maintain the integrity of great journalism in an online world where the lines between fiction and reality are becoming increasingly blurred.

From an economic and innovation standpoint, the technological revolution is forcing publishers to adapt and invest more into enhancing their digital character ahead of others. The need to keep up with continuous device changes and consumer habits presents an obvious challenge and pressure for publishers as the character and demands of media consumption evolve with every new smartphone or tablet. It is therefore critical for them to both understand this new generation of consumers and community, and to recognise the power of living in the highlight zone – what it can do for their brand monetarily and for their audiences.

Making Tax Digital 2022: What do businesses need to know?