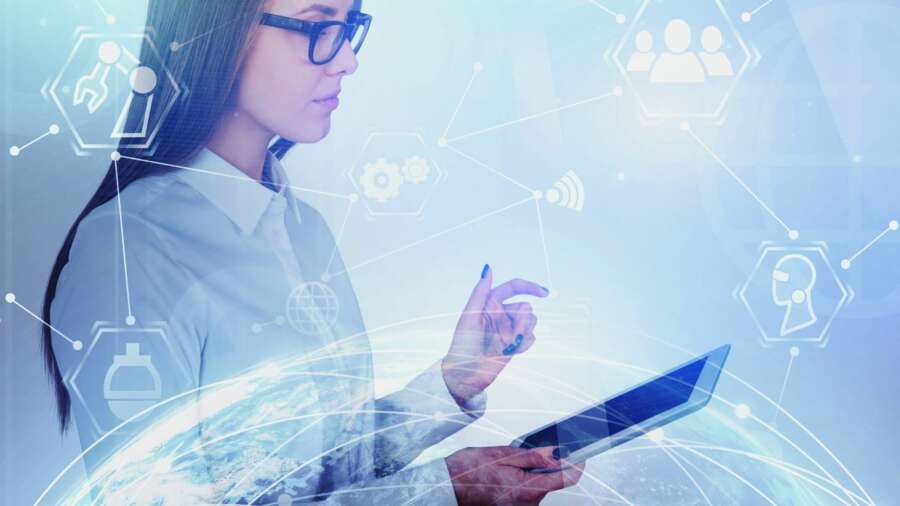 Large, global employee meetings are ideally held in person to cultivate team building and crowdsourced creativity. My company Cloudinary’s popular annual Global Gathering is no exception. When we first started gathering as a team a few years ago, we were a team of about 50 people. Today we are a global team of nearly 300 spread out across four main offices in the US, Europe, Israel, and Singapore. But 2020 had other ideas for our Gathering this year. For reasons with which we’re all too familiar, this years’ flagship event had to be held virtually.

Despite the obvious potential drawbacks, I was determined we could make it work. As a growing software company that made the rebellious decision to bootstrap itself, rather than taking VC funding, our people are more than a little used to taking the road less travelled. Rather than focus on what we couldn’t do, we decided to focus on goals: producing a winning business plan, getting the team fired up to deliver it, and promoting a spirit of togetherness – all through highly engaging and, often entertaining, sessions.

Our ‘heads’ knew that Global Gathering would produce a great 2021 plan and that our people would rise to the task of delivering it. However, in a year when the nature of so many precious human connections has changed, we really felt a responsibility to deliver an event with ‘heart’. That meant designing a virtual event programme that was highly engaging, equally welcoming to people regardless of location, and produced a shared, memorable experience of togetherness.

I’m really proud to say that we did it. The secret formula was thoughtful planning and communications to get all the little details right combined with a large measure of what one of our guest speakers defined as positive ‘chutzpah’ – refusing to be limited by imaginary boundaries. What follows is more detail on ‘how we did it’.

Thinking creatively ‘inside the boxes’ to engage

Our toughest challenge was always going to be engaging our people, many of whom have attended our past events and were really looking forward to meeting in person. Even though everyone would be attending Global Gathering virtually, we realised there was nothing standing in our way of deploying physical ‘props’.

We came up with the idea to send everyone in the company a suitcase that held four individual gift boxes inside. The idea was that on each day of the Gathering, everybody would simultaneously open the same gift, which was connected to the day’s programme in some way. This created a sense of anticipation and a shared physical experience. I was not sure if everybody would follow the rules and wait to open their gifts, but without exception everyone did! This revealed to me how important it was for people to take part in something together.

On day one, the gift was a Cloudinary ‘passport’ which symbolised the message that we would all travel and meet again. Inside the passport were pages for all the countries where Cloudinary operates and a placeholder for 2021 that read “2021 Gathering stamp goes here.”

On day two, the gift was a beautiful travel coffee cup with the words “Separate but Together” printed on it. This was the day that the renowned British advertising consultant, start-up mentor, and improvisational theatre teacher John Howard spoke to the Global Gathering about the concept of ‘chutzpah,’ a Hebrew word that John translates as ‘refusing to be limited by imaginary boundaries’. John gave us a simple formula for how to unleash our creativity to overcome big challenges – a very welcome and inspiring message in such a difficult year.

On day three, the gift was a portable JBL Bluetooth speaker. Audiophile readers will appreciate the great sound quality associated with this brand. But this wasn’t just a gift to put on a shelf. Once opened, everyone in the company tuned in to a live gig from Cloudinary’s outstanding house band, The Transformations, who played a thrilling set of covers including Gnarls Barkley’s ‘Crazy and The Beatles’ ‘Come Together’. However, it was their performance of Justin Timberlake’s ‘Can’t Stop the Feeling’ that really brought the virtual house down as the performance included segments of employees around the world tap dancing on the balconies, strumming ukuleles, finger-snapping, and some adorable guest canines! In the background of the band stage, there was a big, tiled screen that showed videos of staff members around the world dancing and performing in time to the music.

On day four, the gift was a Cloudinary branded pack of cards. Again, not just a gift to throw on the coffee table and forget about. This was the day we brought in the famous Israeli mentalist Lior Suchard renowned for his ‘supernatural’ entertainments. Lian called upon audience members to use their Cloudinary cards as part of a mind-blowing, unforgettable live performance. Lior’s performance was an inspiring demonstration of our incredible human potential, and also the idea that most boundaries are imagined.

As successful as the boxes were, I don’t want to give the impression that a creative concept will magically solve all your event problems. This year we put in considerably more planning time and effort into our Global Gathering. Here were a few of our key logistical challenges:

Not only did our people give us great feedback on how much they enjoyed this year’s Global Gathering, but some things also actually worked better than in previous years. Most notably, we found that the quality of the ideas contributed to our ideation sessions and working groups was actually higher. The main reason for this is that we spent more time preparing people for the different sessions, and that between sessions and days, we had more time to digest and integrate outcomes. Some shier participants also felt more comfortable contributing ideas from behind a screen using chat boxes then speaking in front of a large group. Also, we broke people into smaller groups than usual, which seemed to work well. Finally, because we needed to plan with greater rigour due to the challenge of creating a virtual event, many people commented that the organisation quality was really high.

Despite our positive experience, there’s absolutely no substitute for a live employee event. We all agreed on this and look forward to meeting in person again next year. However, our Global Gathering 2020 proves that it is possible to create high engagement levels, great outcomes, and a spirit of togetherness by applying creativity, planning rigour and a bit of positive ‘chutzpah’!

5 tips for Leading Teams from Home During the Coronavirus Pandemic