Home Opinion Women bear emotional and financial brunt of cost-of-living crisis
Our website publishes news, press releases, opinion and advertorials on various financial organizations, products and services which are commissioned from various Companies, Organizations, PR agencies, Bloggers etc. These commissioned articles are commercial in nature. This is not to be considered as financial advice and should be considered only for information purposes. It does not reflect the views or opinion of our website and is not to be considered an endorsement or a recommendation. We cannot guarantee the accuracy or applicability of any information provided with respect to your individual or personal circumstances. Please seek Professional advice from a qualified professional before making any financial decisions. We link to various third-party websites, affiliate sales networks, and to our advertising partners websites. When you view or click on certain links available on our articles, our partners may compensate us for displaying the content to you or make a purchase or fill a form. This will not incur any additional charges to you. To make things simpler for you to identity or distinguish advertised or sponsored articles or links, you may consider all articles or links hosted on our site as a commercial article placement. We will not be responsible for any loss you may suffer as a result of any omission or inaccuracy on the website.
Opinion 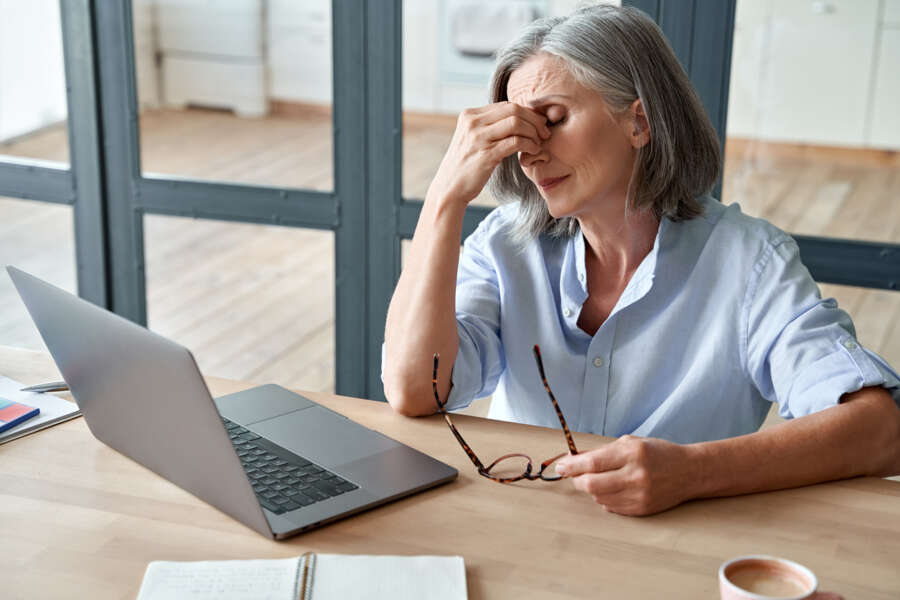 A survey amongst 1,024 UK adults in full-time employment has explored the connection between mental health and financial wellbeing. It found:

Almost half of women are losing sleep over financial concerns, according to new research from Mintago.

The financial wellbeing platform surveyed 1,024 UK adults in full-time employment. It found that over two thirds (67%) of women have seen their financial situation deteriorate since the beginning of 2022, compared to 58% of men.

Over half (54%) of women have seen their monthly outgoings at least double since the beginning of 2022. Fewer men (45%) have experienced this.

Indeed, the majority (70%) of women say their employer has not raised their wages in line with inflation. In contrast, a third (33%) of men have received a wage increase to match inflation.

61% of women cite their finances as their greatest source of stress, compared to 52% of men. Further, almost half (46%) of women claim to lose sleep because of financial stresses; 40% of men claim to experience this.

Most (81%) women say that they are prioritising immediate financial commitments (e.g. mortgage repayments and utility bills) over long term financial goals, with 70% cutting back on social commitments to save money. In comparison a respective 64% and 56% of men have made these claims.

Chieu Cao, CEO of Mintago said: “Unfortunately, gender financial gaps are nothing new. But it is extremely concerning to see that women seem to be suffering more than men – both emotionally and financially – throughout the cost-of-living crisis. It is therefore vital that action is taken.

“Of course, businesses must prioritise closing the gender pay gap and providing more opportunities for women to rise within their organisation. Admittedly such change will take time, steps can still be taken by employers to address this issue. Engaging in one-on-one mental health check-ups, for example, or providing financial management platforms to help them better understand and manage their financial situation, would be a step in the right direction.

“There is no quick fix to gender financial disparity, so it is vital that employers take immediate action by granting access to important financial tools to help them regain control of their finances and take positive steps to improve their future prospects, be it strengthening their pension pot or savings for a mortgage deposit. In doing so, they will contribute to improving their team’s mental and financial wellbeing, as well as beginning to help close financial gender gaps.”

How AI insights can enhance your customer’s journey

Graphene – the wonder material that could help...

Getting started with ESG Reporting

The “Secret” World Of Public Relations

Carbon transforms into a full-service bank on Mambu

Chase the Bears Explores the Upside of Taking...

Surge in demand for sustainable business courses to...

How to create a great workspace for a...