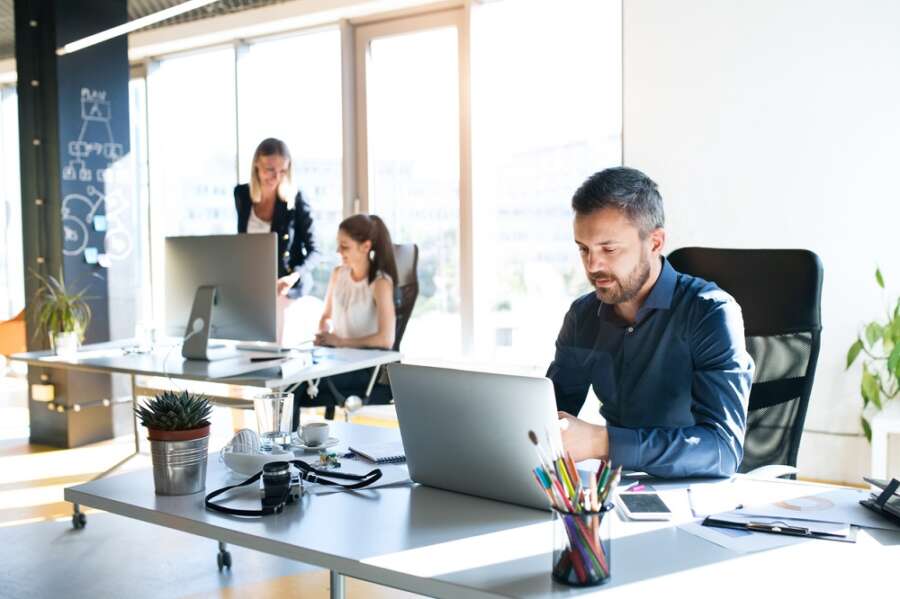 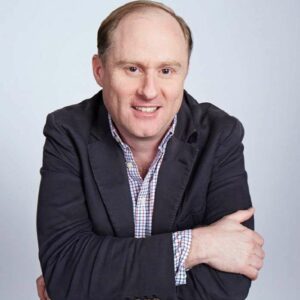 By Andrew Grill at Actionable Futurist

As a Futurist, many people ask me; what is the future of work? The answer for a while now has been … that it depends.

There seems to be no real consensus on what might happen, so as the Actionable Futurist, I look at near-term trends to help clients better understand what might happen in the coming weeks, months and even a couple of years.

One constant in the equation will be that technology will be central to any change in the way we work – we’ve become too dependent on it.

Some pundits believe that had technologies such as high-speed internet, VPNs, cloud services, and video calling not been as widespread, we may have had far more impacts from the pandemic, as some people would not have been able to do their work without going into the office.

I reimagine work by looking through the “3 Ps” lens – People, Place and Purpose.

No longer restricted to hiring people within commuting distance to our offices, we can now draw on a truly global talent pool, confident that we can get work done remotely and asynchronously. Software development and support teams, for example, are au fait with operating a truly “follow the sun” approach using people in different countries. With a ” Talent Anywhere ” strategy, you can now have a true diversity of thought with people from Calgary to Christchurch.

One trend that I have seen accelerate since 2020 is the move to operating and behaving like “gig workers”, with people applying their skills and experience in a fractional way with more than one company each week.

Recently a senior executive at Australian telecommunications giant, Telstra, spoke about the need to adopt a “Dynamic resourcing” strategy to plug the genuine skills gap, and he’s right.

Such a move, though, will require very different ways of working. Secure access to various systems, fractional payroll, benefits, and leave entitlements will need a radical rethink – and this fresh way of thinking is required to embrace a new, revolutionary way of working.

The recently re-installed CEO of Starbucks, Howard Schultz, coined the phrase “the third place” because he wanted Starbucks to be somewhere you went between the office and the home to get work done.

Now that we’ve exhausted the patience of our spouses, family members and roommates in our homes, and with the desire not to have to travel every day to the physical office, I predict that we will see the rise of third places.

These may not be where existing WeWork or other co-working spaces exist, as they are often co-located with the offices we are all trying to avoid. Instead, they will be closer to where we live and will allow us flexible space to get work done alone or by collaborating with colleagues that live nearby or can commute to this third place.

The recent news that Apple employees have rebelled against the company’s desire to bring workers back into the office should be no surprise. The group calling itself Apple Together said the proposed work-from-home policy is motivated by fear. I would argue instead that the pushback is inspired by a renewed sense of purpose – why we go to work in an office.

For the last two years, we’ve tasted freedom – free of having to regularly go into the office and saving potentially thousands in travel costs. Now faced with the prospect of returning to the office, even for a few days a week, combined with new travel costs have provided us all with the impetus to think about why we do this.

Initiatives from companies such as Airbnb and PWC to allow employees to work anywhere are only a start. They allow established companies to simply tweak existing employment policies and contracts, but this doesn’t go far enough. If we genuinely wish to reimagine work, we require radical thinking due to what we have learned from the past two years.

Radical thinking such as measuring work based on output, not input, abolishing presenteeism and allowing anyone working anywhere to get promoted, upskilling managers to work in a distributed and asynchronous way and embracing a truly agile way of working is required.

Outsourcing Vs Hiring: How to Help Your Start-Up Grow