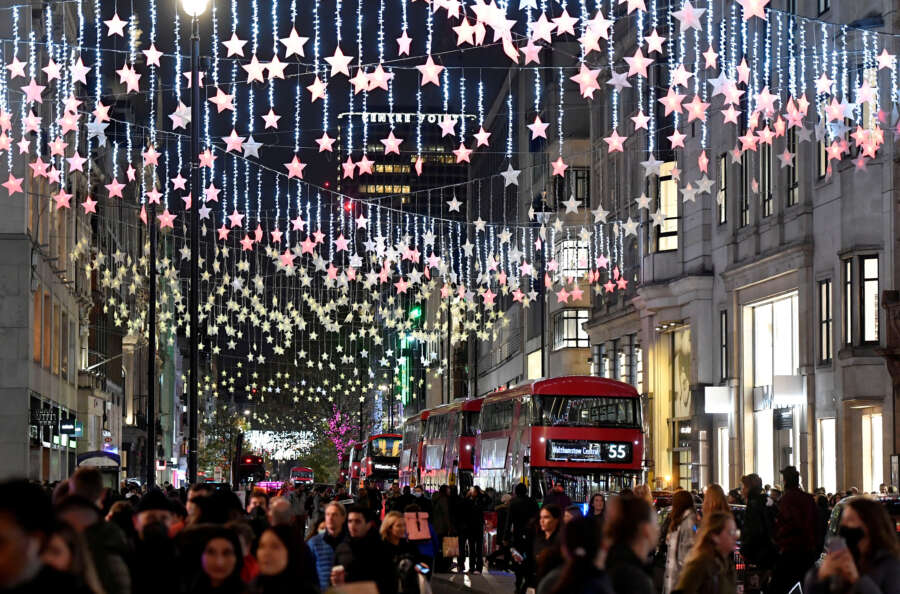 Analysis-European retailers are on investors’ naughty lists this Christmas

LONDON (Reuters) – The Christmas shopping period is unlikely to bring relief to European retailers that sell anything from running shoes to handbags as the cost-of-living crisis squeezes consumers and shrinks disposable income.

The holiday season is traditionally a high point for the retail sector but even Europe’s big names are warning of tough months ahead this year, and investors have punished them accordingly.

Full-year profit at British online fashion retailer ASOS sank a whopping 90% from pandemic highs and its shares are the second worst performing of the top 350 UK-listed companies this year, wiping out two thirds of its market capitalisation.

Even companies such as Reckitt Benckiser, producing more mundane consumer-staple items like Dettol cleaning products and Durex condoms, and giant Unilever have warned of pressure on consumers.

On stock markets, the European retail sector has lost 40% of its value so far this year, more than twice the hit on the broader regional share index. Yet, JPMorgan and other strategists say the worst is yet to come for consumers and retailers alike.

“Consumers are under a lot of pressure and are going to reduce some of the discretionary spending, while costs for retailers are going up,” said Ciaran Callaghan, Head of European Equity Research at Amundi, Europe’s biggest asset manager.

Callaghan pointed to the rise in mortgages and other bills which is squeezing consumers while higher prices of raw materials, such as cotton, are driving up retailers’ costs. Investors and strategists expect retailers’ margins to be squeezed well into next year as cost pressures are further exacerbated by weakening currencies and collapsing consumer demand.

Higher energy bills and wages and elevated freight and fabric prices have pushed up costs for euro zone companies by more than 40% this year, according to Eurostat data.

Weaker currencies – the euro and the pound are down 12% and 14% against the U.S. dollar this year – have also made goods more expensive for the import-heavy retail sector.

Ahead of the holiday season, a slew of companies have announced they plan to hire temporary Christmas staff with British retailers Boots and John Lewis each saying they would recruit 10,000 people. But wages are also rising in tight job markets where competition for staff is strong.

Some companies have managed to partially pass on higher costs to customers, even as demand falls.

But other companies are struggling with high levels of unsold products that they may have to shift cheaply.

“A lot of these retailers are running with elevated inventory levels, in order to clear that you’d expect a lot more promotions and discounting. That’s not going to be good for the gross margins,” Amundi’s Callaghan said.

Stephane Ekolo, strategist at Tradition in London said the trend of high inventories was likely to persist next year.

“We are going to witness more and more clear signs of demand erosion,” he said.

Half of Britons plan to spend less on Christmas this year, according to market researcher Kantar, having already reined in spending last month with confidence close to a record low in the face of 10% inflation and a chaotic political backdrop.

In the euro zone, where inflation is at a similar level, retail trade in non-food products fell 3% year on year in August, according to Eurostat.

“It is hard to be positive on retail spend with consumer confidence still falling to record levels and the cost-of-living crisis firmly hitting all,” said Trevor Green, Head of UK Equities at Aviva Investors.

“Our exposure to retailers has remained highly selective all year,” he said, adding that he prefers discount retailers, which could benefit from consumers trading down.