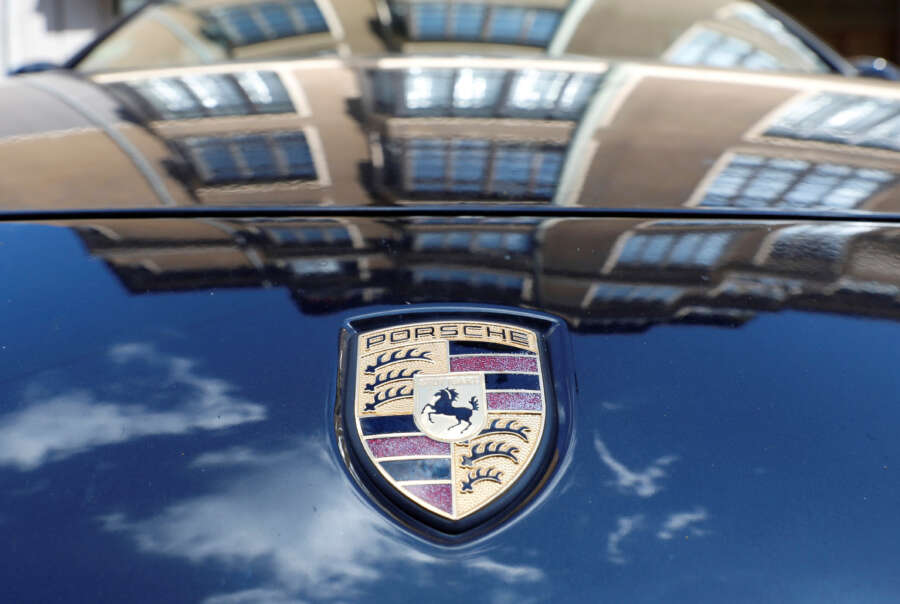 BERLIN (Reuters) -Porsche reported a 40.6% leap in operating profit to more than 5 billion euros ($4.99 billion) on revenue up 15.7% in the luxury carmaker’s first results since its stock market listing in late September.

Deliveries were up only 2% to a little more than 221,500 vehicles, with exchange rate effects helping to boost profitability per car.

“The third quarter of 2022 was quite volatile and challenging from a political, economic and social perspective. Nevertheless, we were able to successfully list Porsche and get off to a flying start,” said finance chief Lutz Meschke.

Porsche, a huge money spinner for the Volkswagen group, overtook its former parent as Europe’s most valuable carmaker after the listing. Its shares stood at 99 euros by Thursday’s close, up from a listing price of 82.50 euros.

Oliver Blume, chief executive of both companies, said the listing would increase Porsche’s freedom as a business while providing Volkswagen with much-needed funds for its electrification drive.

In the short term the cost of the listing and the impact of suspending business in Russia has pushed down Volkswagen’s third-quarter earnings by 1.6 billion euros, results released on Friday showed.

(Reporting by Victoria WalderseeEditing by Rachel More and David Goodman)