Home Headlines Analysis-Nickel meltdown puts spotlight on LME’s search powers
Our website publishes news, press releases, opinion and advertorials on various financial organizations, products and services which are commissioned from various Companies, Organizations, PR agencies, Bloggers etc. These commissioned articles are commercial in nature. This is not to be considered as financial advice and should be considered only for information purposes. It does not reflect the views or opinion of our website and is not to be considered an endorsement or a recommendation. We cannot guarantee the accuracy or applicability of any information provided with respect to your individual or personal circumstances. Please seek Professional advice from a qualified professional before making any financial decisions. We link to various third-party websites, affiliate sales networks, and to our advertising partners websites. When you view or click on certain links available on our articles, our partners may compensate us for displaying the content to you or make a purchase or fill a form. This will not incur any additional charges to you. To make things simpler for you to identity or distinguish advertised or sponsored articles or links, you may consider all articles or links hosted on our site as a commercial article placement. We will not be responsible for any loss you may suffer as a result of any omission or inaccuracy on the website.
Headlines 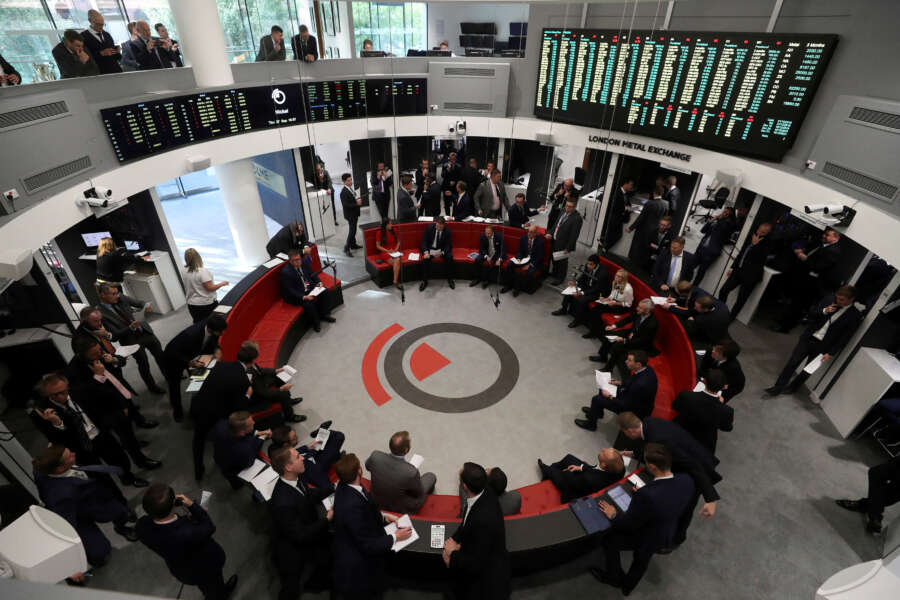 LONDON (Reuters) – Stung by an epic crisis in nickel trading, the London Metal Exchange is ushering in new rules to boost transparency.

From Monday, members of the world’s oldest and largest venue for buying and selling industrial metals will have to give the exchange weekly reports on their over-the-counter (OTC) trades — bilateral deals between members and clients.

The LME has said that lack of visibility over how much business was being done in OTC trades was behind the turmoil that unfolded in March when the nickel price surged nearly 270% over two days, prompting the exchange to halt trading and cancel billions of dollars worth of deals.

But could the LME have used its own rules to get more information?

There were signs, in the weeks running up to the market meltdown, of a large bet on prices falling, known as ‘a short’, on the price of nickel, according to the LME’s own published data.

Such trades are often just the tip of a much bigger pyramid of OTC trades and seven metal trading sources say the size of the on-exchange position should have triggered alarm bells about the risk of market disorder.

“The LME’s job is to run an orderly market. There were very strong indications in the run up to the crisis in March that there was a large short position out there,” said Bank of America analyst Michael Widmer.

“The LME should have been alert to any issues, particularly as there were indications in the public space that there was an issue.”

The LME’s rulebook gives it the right to ask its members and their brokers for details about “any business” in metals, including “‘over-the-counter’ business in the trading, storage or financing of metals”.

In a public statement on Oct 9. 2020, the LME said it would only use those powers where strictly necessary, such as a probe into suspected market abuse or other possible breaches of its rules.

The LME did not define those breaches in its Oct. 2020 statement but according to its rulebook, the creation, intentional or otherwise, of a disorderly market is prohibited.

Two regulation lawyers said that under these rules, the exchange could have found out which LME members and which of their clients were exposed in the nickel market and order them to pare back or completely cut their positions.

They declined to be named because they were not authorised to speak to the media.

“This includes information relating to OTC as well as exchange business. In most circumstances, this should enable them to obtain a wide range of relevant information when investigating potential disorderly trading conditions.”

Asked why the LME did not seek the OTC data, the exchange said its ability to do so was restricted.

“Use of these powers is limited and requires a relatively high evidential bar to first be met,” the LME said in an emailed response.

Hong Kong Exchanges & Clearing, which has owned the LME since 2012, referred requests for comment to the exchange in London.

The breakdown in trading has drawn heavy criticism. Two major financial players are suing the LME for nearly half a billion dollars over its decision to cancel trades and Britain’s financial regulators are reviewing the market meltdown.

The LME has said it welcomed the reviews and has appointed management consultants to carry out a separate independent study. It tried last year to introduce reporting requirements for OTC trades but some members opposed the move and it was dropped.

At the heart of the hypersonic move in the nickel market was Chinese tycoon Xiang Guangda, who was betting big that the price of nickel would fall, but doing so largely in the OTC market, according to three of the metal trading sources.

Xiang has not commented publicly on the trade, which was carried out via his Tsingshan Holding Group and has been widely reported. Tsingshan declined to comment for this story.

The LME’s own on-exchange data gathered daily and published with a one day lag showed one company held 20-29% of open interest — the number of outstanding contracts due to mature or be rolled over at the next settlement date — from early February in the nickel market.

Rising prices put traders betting on a drop in a tough financial spot, requiring them to buy the asset to cover any losses. Rivals in the market may push up prices in anticipation of such purchases. The situation is known as a short squeeze.

As early as Feb. 18, a note from Kingdom Futures, a metals broker, noted nickel prices were rising “in what seems to be an attempt to flush out what is supposedly a major short position held by a Chinese client”.

As the price climbed, the losses facing Tsingshan and other ‘shorts’ surged, meanwhile funds and traders on the other side of that position were amassing large profits.

The LME, which had been criticised for allowing the market to open at all on March 8, abruptly suspended trading and cancelled trades.

Asked why the LME didn’t inquire about Tsingshan’s OTC positions and order them sold down, the exchange said the March situation did not meet the criteria required.

“The LME has previously committed to these powers being relatively limited in their application, and that they would primarily be used in circumstances where the LME has genuine, reasonably held grounds for suspecting that market abuse either may be occurring, or has occurred, on its market.”

There has been no suggestion of deliberate market abuse in the nickel market meltdown and the LME’s own reference to ‘other possible breaches’ of its rules in its Oct. 9 2020 statement give it wide latitude to poke around, the lawyers said.

“‘Possible breaches of the rules’ appears to cast a wide net in terms of potentially relevant information they could seek to access,” said Topping.