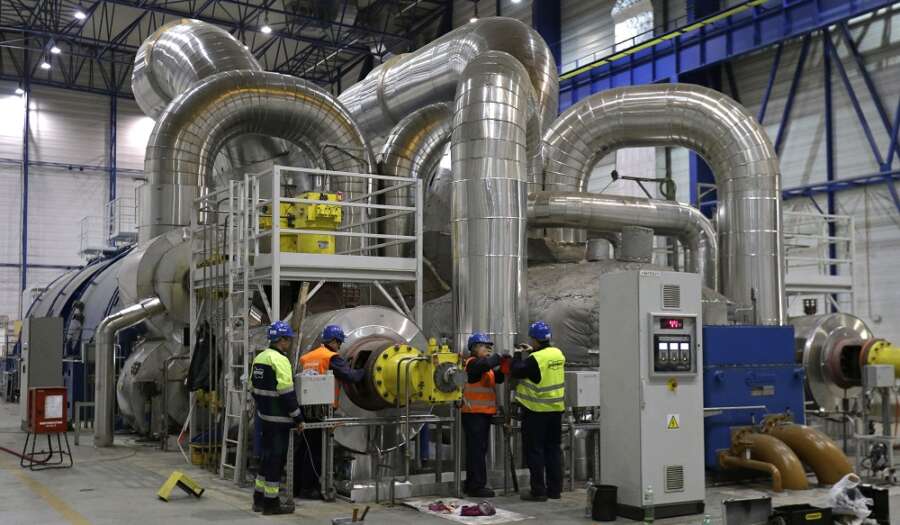 PRAGUE (Reuters) – Shares in CEZ jumped to their highest level since 2008 after the Czech energy group sharply raised its profit outlook on Tuesday, with rising electricity prices and commodity trading income boosting prospects for a record dividend this year.

CEZ said its results were largely impacted by record profits from commodity trading in western European markets and “enormous” growth in commodity prices as markets jumped in the wake of Russia’s invasion of Ukraine.

CEZ shares, which have surged nearly 70% in the past year, were up 2% in early trade, hitting 1,035 crowns in Prague for the first time since October 2008, as markets took in the brighter outlook.

Quarterly earnings were also boosted by temporary effects of nearly 8 billion crowns that will fade this year.

The biggest was income from the sale of emission allowances for electricity generation due to a decision to strengthen liquidity to cover margin risks on exchanges. This income will be eliminated as part of higher provisioning for generation emissions, CEZ said.

The group, 70% owned by the Czech state, expects adjusted net profit to at least double year-on-year in 2022 to a range of 45 billion to 49 billion crowns – above guidance in March of profit of 38 billion to 42 billion.

CEZ said its outlook implied a dividend under its current payout policy of 67-73 crowns per share, above a record 53 crown dividend paid from 2009 earnings.

Debt also decreased in the quarter to a ratio of 0.9 to EBITDA, CEZ said.

“In the long-term horizon, such low indebtedness is not effective and we expect that in the longer term, the group could address the debt optimisation by means of an extraordinary dividend or a share repurchase,” J&T Banka said.

Leveling up employment opportunities for women through pay transparency