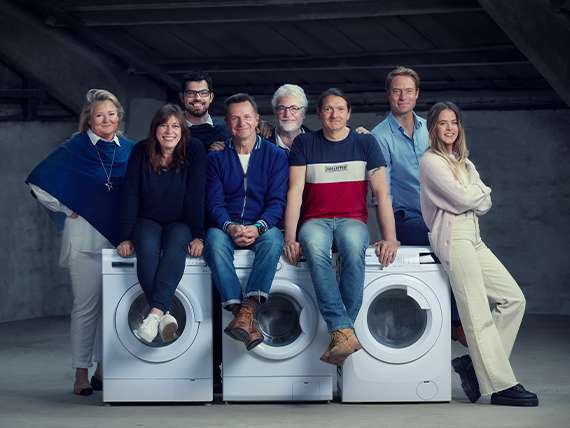 Wednesday 8 June, 2022:A green technology company has today launched a significant investment round to help further develop its innovative approach in tackling microplastic pollution in the world’s oceans. Cornwall-based Cleaner Seas Group, creators of an internationally patent pending retro-fit and integrated filter that fits all washing machines and captures and recycles microfibres as small as one micron, is aiming to raise £1m through a private investment and crowdfunding campaign.

The retro-fit plug and play closed loop system consists of a self-powered filter that requires no mains power and a recyclable cartridge which captures up to 700,000 harmful microfibres each time a washing machine is used, preventing them from being released into the environment.

With an estimated 1.4 million trillion microfibres in our oceans, microplastic pollution is one of the biggest unregulated environmental issues facing the planet. Its impact on marine life has been well-documented. Plankton have long been consuming microfibres which can contain cancer-causing chemicals and these are now being found within our food chain.  Earlier this year microplastics were also discovered for the first time in human blood and lungs raising further concerns about their direct impact on human health and wellbeing.

Cleaner Seas Group will launch its microfibre filtration system, affordably priced at under £90, via distributors and directly to UK consumers later this summer.  The team is also in a second round of testing with a global washing machine manufacturer, focused on supplying the technology within new models. The company is forecasting its initial projected revenues of around £1.3m this year to rise substantially to more than £45m by 2025 on the back of growing consumer demand and action by the international community aimed at reducing microplastics pollution.

France has introduced legislation for mandatory filters to be fitted on all new washing machines by 2025 while a new Bill requiring similar measures within the UK is currently progressing through Westminster. As a member of the All-Party Parliamentary Group on Plastics, Cleaner Seas played a key role bringing this proposed legislation forward.

The investment round will go towards building manufacturing capacity and bolstering the team to support global growth of the business.

Cleaner Seas CEO Dave Miller said: “We founded our business on the urgent need to address the unprecedented level of microplastics in our oceans and have developed innovative and easy-to-use technology that will make a huge impact in this quest. Our microfibre filtration system has a 90% plus capture rate removing plastic waste particles as small as one micron from a washing cycle, preventing these from escaping into our environment where they are having such a grave impact.

“With a growing movement that includes consumers, goods manufacturers and governments wanting to address the impact of microplastic pollution, our offering provides an ideal and affordable solution. Our innovation enables anyone, from a small household to the head of a global company, to play a part in reducing the level of microfibres in our oceans.”