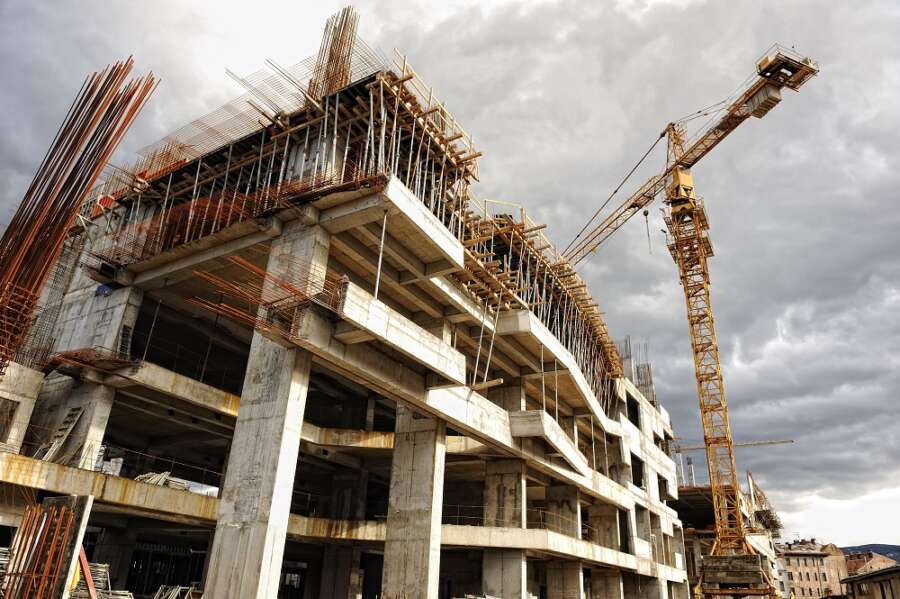 Offering a detailed and comprehensive analysis of year-on-year construction data, this proprietary research has been designed with built environment professionals in mind, presenting unique insights from the last year.

This month sees the sector start to overcome some of the challenges faced in the spring and summer from material and skills shortages. 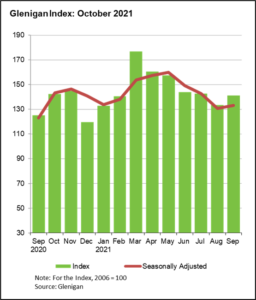 Although overall project-starts saw a steady slowdown in Q.2 and Q.3, after an initial surge in the first quarter, momentum appears to be building once again, with an activity uptick registered in September.

Further, the development pipeline remained robust throughout the year, particularly for some non-residential sectors, including industrial.

Main contract awards have been increasing over the last eighteen months, ever since the first National Lockdown in March 2020 and detailing planning approvals remain consistently high.

Complemented with improved trading conditions as well as an increase in consumer and business confidence, the Glenigan Economics Team predict these combined conditions will lead to project-start growth in the coming months and into 2022.

Non-residential projects demonstrated considerable strength in Q.3, increasing 44% against the previous year and 7% compared with the same period in 2019. Additionally, the value increased 10% against the preceding quarter.

Office project starts were also strong, increasing 7% against Q.2 and up 43% against the previous year and climbing 9% compared with the third quarter of 2019.

The value of residential work commencing on-site during the third quarter of 2021 fell by over a quarter (27%) against the preceding quarter (SA) and 12% compared with the previous year.

Residential project-starts remained heavily behind 2019 levels, with the value having fallen by a third (34%). Private housing-starts fell 6% against the previous year and 33% compared with the preceding quarter (SA). Furthermore, private housing-starts fell by 38% compared with the same period in 2019. The weakening in private new housing activity may reflect expectations of a cooling in the housing market over the coming year.

Looking across the UK region-by-region, the North West took the lead during the third quarter, achieving the highest growth against the previous year (45%). It is also the only region which experienced growth against Q.2 2021, with project value climbing 7%.

The West Midlands was another region achieving growth against the previous year, with the value of project-starts having increased 13%. This was despite having experienced a 10% decline compared with the preceding quarter.

London performed relatively well, with project value increasing by 22% compared to a year ago. However, this value fell 11% against the preceding quarter.

Project-starts in the East Midlands fell only 3% against the previous year but experienced heavy declines against the preceding quarter on a seasonally adjusted basis (-36%) and the third quarter of 2019 (-39%).

Commenting on the results, Glenigan’s Senior Economist Rhys Gadsby says, “It’s encouraging to see growth starting to return to the sector after Q.1’s spurt levelled-off over the Spring/Summer 2021. There are a number of major projects coming online which are driving the industry forward, however, residential figures still remain low, with the persisting problems around on-site skills, materials and HGV shortage negatively affecting activity. Against this context, it will be interesting to see if this relatively poor performance can be turned around now there’s a new team in the soon to be renamed MHCLG.”

What we learn from China can foretell the future