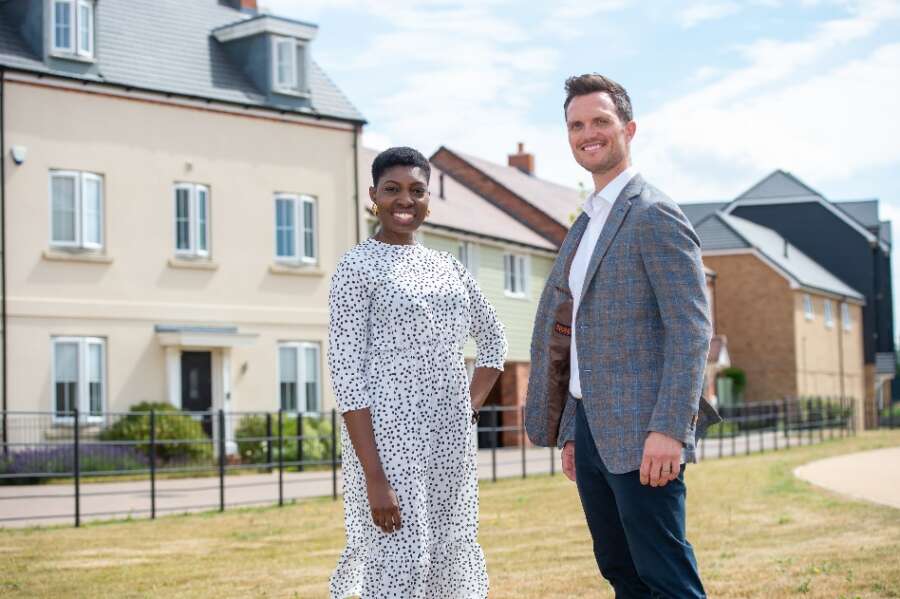 An entrepreneur who has developed a fairer system for mortgage lending hopes it will enable many more people to own a home.

Eliot Darcy founded Market Mortgage with the intention of creating a better way to lend to buyers with a small deposit.

The result is Own New – a scheme which brings together lenders, developers and investment banks to reduce risk for the lender, enabling better mortgages for new builds to a broader range of people.

Own New launches this month, with housebuilders from national PLCs including Barratt, to smaller regional builders and everything in between.

Eliot, 41, was inspired to develop a solution to the deposit conundrum by his experience of buying his first home in his 20s.

He said: “I firmly believe that home ownership should be based on prospects, not parents.

“Not everyone has a ‘bank of mum and dad’ at their disposal and that shouldn’t deny them the opportunity to own a home. If people can afford to make the mortgage repayments, that ought to matter more.

“When my wife and I bought our first apartment, securing a mortgage – especially at a reasonable rate – was a struggle. Yet I had friends with wealthy parents who breezed through the process, were offered larger mortgages and better rates simply because they had access to a large deposit from parents.

“I decided that I would do something about this if I could.”

Eliot graduated from Nottingham University with a Masters degree in Chemistry and Molecular Physics before joining PricewaterhouseCoopers, where he trained and qualified as a chartered accountant. He made the move into venture capital in search of excitement and spent six years at HB Private Equity, owned by Dragons’ Den star James Caan.

Eliot said: “Over my time working with James, the desire to start my own company grew inside me. I wanted to create something of my own. It’s not about the money for me, that’s the icing on the cake for sure, but I want to look back and say that I created something. An idea that came from inside my head. Something that was mine.”

Eliot left his role in 2017 to start Market Mortgage, having secured the backing of Capita PLC as a major investor. With Capita’s support, he has had access to the resources to develop a product that appeals to lenders, investors, housebuilders and their customers, while creating the tech platform to manage the process.

Word is spreading through the housing industry and the first lenders to join the scheme will be announced in the coming weeks.

Homebuyers will apply for a standard mortgage in the usual way while Own New reduces risk for the lender in the background.

Eliot said: “The enthusiasm for Own New has been genuinely overwhelming. While we would have loved to launch sooner, we needed to make sure every aspect was carefully planned and tested and as Help to Buy winds down, the timing has worked out well.

“Help to Buy has proven that there is a need to support low-deposit lending. Own New will plug the gap the scheme leaves without reliance on taxpayer funding.”

Own New offers attractive returns for lenders and investors and there is no cost to the homebuyer. Housebuilders can join for free and pay a small fee on completion.

For more information and a list of the housebuilders who have already signed up, see OwnNew.co.uk.