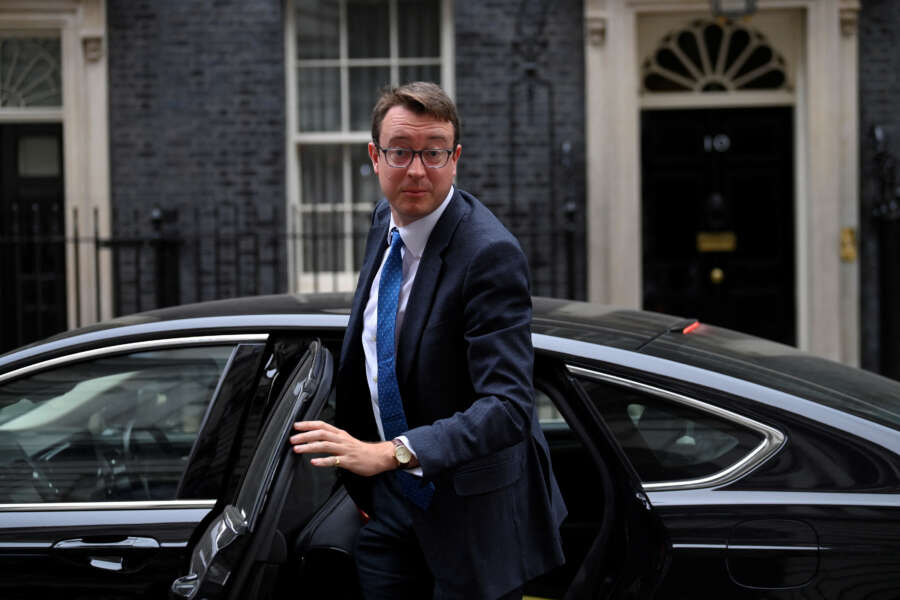 FILE PHOTO: British Chief Secretary to the Treasury Simon Clarke gets out of a car outside Downing Street in London, Britain, July 12, 2022. REUTERS/Toby Melville
Headlines

LONDON (Reuters) – Economic growth will help to pay for Britain’s plans to maintain government spending while it cuts taxes, a cabinet minister said on Friday ahead of a major fiscal announcement.

Asked by Sky News if his view last year that some tax increases would be needed to repair government finances still applied, Clarke said: “No, because what you’re doing now is that you’re going for growth…”

“The critical thing is we need to get the economy growing so that, frankly, the economic growth trajectory outstrips that of our debt.”