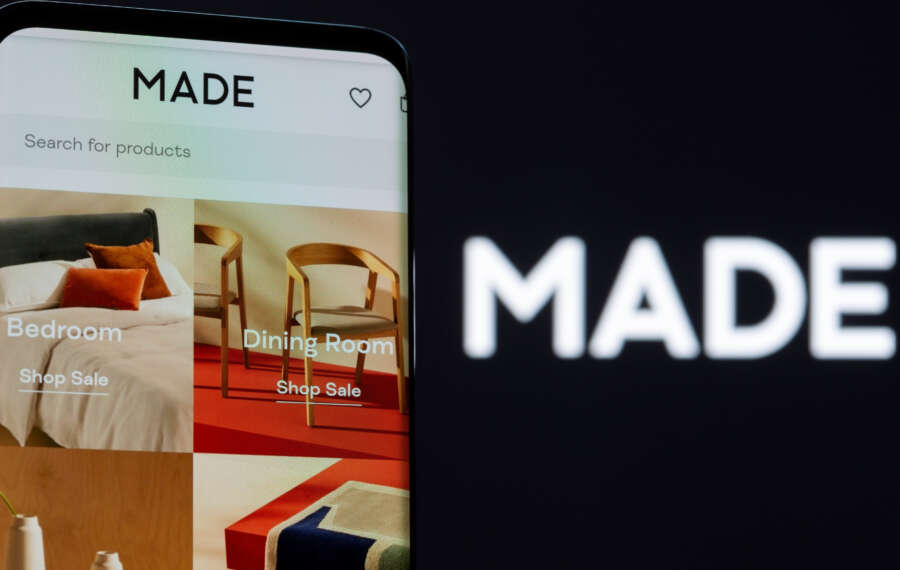 Made.com web site is seen on a smartphone in front of a displayed logo in this illustration taken June 16, 2021. REUTERS/Dado Ruvic/Illustration
Headlines

(Reuters) -British online furniture retailer Made.com said on Friday it would cut jobs, conduct a strategic review, including a formal sale process, and withdraw its full year forecast due to “challenging” market conditions.

Made.com would cut back costs by laying off staff within the next few weeks, it said in a statement. It didn’t immediately disclose the number of employees that would be laid off.

The company, which made its London market debut in June last year, said it has had to sell goods on discount to slash inventories, which hurt margins and cash position.