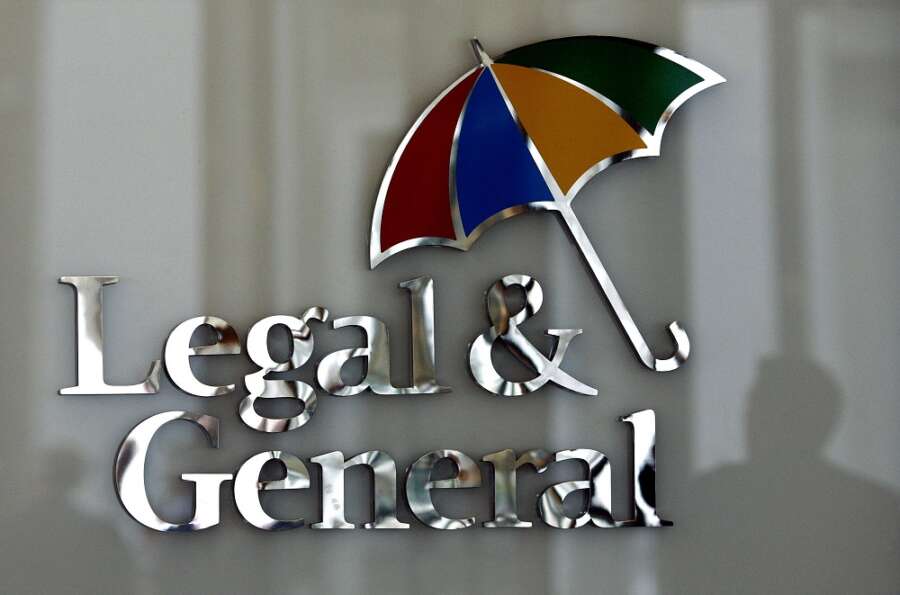 FILE PHOTO: The logo of Legal & General insurance company is seen at their office in central London March 17, 2008. UK insurer Legal & General said on Tuesday its 2007 profit fell 26 percent, missing analyst expectations, hit by a 269 million pound ($539 million) charge to adjust for longer UK life expectancies. L&G, the most domestic-focused of Britain's top life insurers, said it had seen an encouraging start to 2008 for its key protection business, despite a weaker housing market. But it warned conditions in the savings markets would be tough. Picture taken March 17, 2008. REUTERS/Alessia Pierdomenico/File Photo (BRITAIN)
Headlines

L&G says not a forced seller of UK government bonds

LONDON (Reuters) -Legal & General Group has not been a forced seller of gilts, the insurer said in an unscheduled trading statement on Tuesday, quelling investor unease after sudden yield spikes sparked a dash for cash by some pension fund clients.

L&G shares, which had fallen by around 13% between Sept. 23 and Tuesday’s statement, surged 5.5% in afternoon trading.

The company, which runs one of Britain’s largest liability-driven investment businesses, said market volatility had increased significantly in the second half of the year but this had “limited economic impact” on its businesses and it had not experienced difficulty in meeting collateral calls.

LDI funds, which help pension funds match their liabilities to their assets and the future payouts they must make to pension members, were demanding collateral as they in turn faced margin calls.

“One of the strengths of the UK insurance regime is that we regularly monitor and stress our capital and liquidity requirements to a 1 in 200 stress level so that we can withstand shocks like we have seen in the past few days,” L&G said.

“We hold considerable buffers over these prudent requirements and have a wide array of tools available to manage collateral calls,” it added.

The group estimates its solvency coverage ratio, a measure of financial resilience, to be between 235%-240%, up at least 23 percentage points as of Sept. 30 compared with the half-year 2022.

L&G said the Bank of England’s temporary purchases of long dated gilts have helped to alleviate pressure on its clients but it would continue to work closely with them to achieve appropriate hedging levels.

L&G said expectations for full-year operating profit of around 8% and capital generation of 1.8 billion pounds were unchanged, although some analysts were concerned that the group might suffer in future.

“Clearly there is also a negative AUM/revenue impact from lower bond prices,” analysts at RBC Europe said in a note to clients.

“There are now also questions arising over the risk management and governance processes around LDI more generally, both with pension schemes and asset managers.”