Home Business Most British workers likely to underestimate their employer’s gender pay gap
Our website publishes news, press releases, opinion and advertorials on various financial organizations, products and services which are commissioned from various Companies, Organizations, PR agencies, Bloggers etc. These commissioned articles are commercial in nature. This is not to be considered as financial advice and should be considered only for information purposes. It does not reflect the views or opinion of our website and is not to be considered an endorsement or a recommendation. We cannot guarantee the accuracy or applicability of any information provided with respect to your individual or personal circumstances. Please seek Professional advice from a qualified professional before making any financial decisions. We link to various third-party websites, affiliate sales networks, and to our advertising partners websites. When you view or click on certain links available on our articles, our partners may compensate us for displaying the content to you or make a purchase or fill a form. This will not incur any additional charges to you. To make things simpler for you to identity or distinguish advertised or sponsored articles or links, you may consider all articles or links hosted on our site as a commercial article placement. We will not be responsible for any loss you may suffer as a result of any omission or inaccuracy on the website.
Business 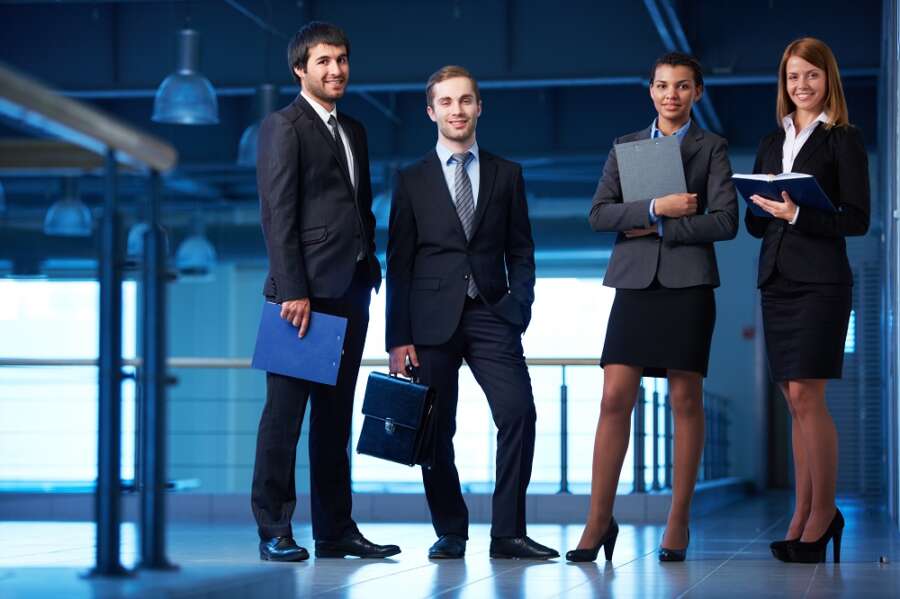 Despite most British workers (96%) agreeing that the UK has a gender pay gap, as many as 57% don’t believe there are any gender pay disparities in their own workplaces, new research finds.

HR software provider CIPHR polled 1,000 UK employees, the majority of which work at medium- or large-sized companies, to find out more about their attitudes towards the gender pay gap. The survey results reveal a significant disconnect between the reality and perception of men’s and women’s earnings in the same organisation – a disconnect which could potentially be helping to perpetuate the gender pay gap.

While many UK workers may have heard of the gender pay gap, few are clear on the details. When asked to identify the current pay gap, opinions vary wildly – with the mean average answer coming in at 37% (the median was 33%). A third of people (33%) think it’s over 50%.

Only 4% of survey respondents think the UK’s gender pay gap is zero.

Looking at the data from the 6,144 employers who have published their gender pay gap figures for the 2020-21 reporting year so far (by 2.15pm on 28 September 2021), four out of every five organisations pay men more. Only one in eight (12.6%) pays women more, and only one in 13 organisations (7.6%) reports having no pay gap. The average median hourly pay gap, which these calculations are based on, is 13%.

CIPHR’s findings suggest that people’s perceptions of their own employers are actually more favourable than the reality. Only a third of people (36%) think their employer has a gender pay gap in favour of men, and one in fourteen people (7%) think it’s vice versa – in favour of women. Most people (59% of women and 52% of men) perceive no pay gap at the organisation that they work for at all.

Notably, it’s non-management staff (64% of survey respondents) who are among the most likely to say that their employer has no pay gap (61%). Over half of people (52%) occupying senior management positions, such as owners, CEOs, CFOs, C-level executives, and HR managers – who may be best placed to know this information, report that their organisation does have a gender pay gap (45% in favour of men and 7% in favour of women).

People working in IT and software, transportation and warehousing, and construction report the highest (mean) average gender pay gap figures – estimating that employers in these sectors pay their male staff well over a third more than their female staff (41%, 38% and 38% respectively).

When it comes to job hunting, however, people are much less likely to accept pay gaps – perceived or otherwise. Most women (58%) say they wouldn’t apply for a job with an organisation that has a gender pay gap (compared to 38% of men). Women are also more likely to be averse to working for an organisation that has an ethnicity pay gap, compared to men (54% and 37% respectively). For black women that figure rises to 57%, and for Asian women it’s 71% (the average for all workers is 47% and for workers from ethnic minority backgrounds it’s 52%).

Being more transparent about the decision-making processes for promotions and career advancement, disclosing salary ranges (including pay and bonuses), using HR systems for reporting and to identify potential areas that need improvement, and introducing minimum gender and diversity quotas at interview stage, are just some of the ways that organisations can help close – or at least narrow – their gender pay gap.

Only half of all survey respondents (51%) believe that their employer is transparent about its promotion, pay, and reward processes and policies.

Of course, it does depend on who you ask. Nearly two-thirds (62%) of senior managers, such as owners, CEOs, CFOs, C-level executives, and HR managers, think their organisation’s processes and policies are completely clear. But only 47% of non-management staff (who make up 64% of all survey respondents) agree. They are also more likely to report that they are unsure (27%) about these processes and policies, compared to just 13% of bosses.

More than a third of workers (37%), however, say they are actively discouraged from talking about their salaries with their colleagues and co-workers, despite them having the legal right to do so (potentially reducing opportunities for workers to discover or challenge unfair pay), including one in twenty people (5%) who say they are banned from such discussions because of pay secrecy clauses in their contracts.

On the flipside, most employees (56%) say they are (rightly) allowed and encouraged to talk openly about their wages at work, and a quarter of people (26%) feel their employer is fully transparent when it comes to salary information.

Just because people can share these details though, doesn’t mean they always do.

Over a third of people (36%) say they don’t talk about their salary with their significant other, while only two-fifths (40%) of people are happy to tell their friends or parents what they earn. Even less (20%) divulge that information to their children.

A third (33%) say they would tell their colleagues and co-workers what they earn, and only one in six people (16%) say they discuss their current salaries with potential new employers or recruiters.

Commenting on the findings, Claire Williams, director of people and services at CIPHR, says: “It’s interesting to see that so many people trust their employers not to have a gender pay gap – particularly when so many do and when this information is publicly available on the government website: https://gender-pay-gap.service.gov.uk. These results highlight the importance of reporting and communicating gender pay gap figures – and what they mean – to employees, however employers should use the gender pay gap reporting legislation as an opportunity to really use the data to drive change within their organisation and not just as a ‘tick box’ exercise.

“The UK’s gender pay gap is slowly closing thanks to years of reforms and inclusive policies and initiatives. But these changes don’t just happen by themselves. Better representation of women and ethnic minorities at all levels, in all roles, across all organisations, is vital to ensuring that pay gaps are reduced more quickly. It’s also the best way of ensuring that organisations attract and retain the best employees, and has a significant impact on overall company performance. As detailed in the McKinsey 2020 ‘Diversity Wins’ report, the business case for diversity and inclusion (D&I) is stronger than ever, and the direct link to financial outperformance continues to strengthen – employers should take note of these key areas of research.

57% of recruiters turn to job boards amid longstanding talent shortages