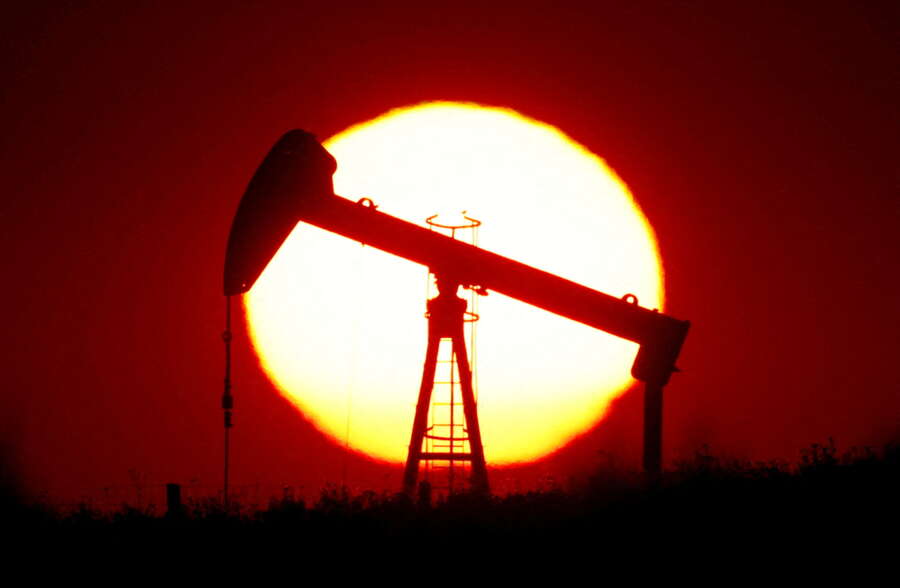 By Koustav Samanta and Sonali Paul

Brent and U.S. crude oil are trading at their highest levels since the highly contagious COVID-19 Omicron emerged in late November, as it has not hit fuel demand the way previous variants did.

Federal Reserve Chairman Jerome Powell said on Tuesday the economy should weather the current COVID-19 surge with only “short-lived” impacts and was ready for the start of tighter monetary policy.

“While Powell reassured the Fed will bring down rising inflation, which strengthened the rate hike outlooks in March, he also said the Fed is capable of leaving strong economic growth intact. That may lift the demand of growth-sensitive crude oil,” said Leona Liu, analyst at Singapore-based DailyFX.

Data from the American Petroleum Institute (API) industry group, however, painted a weaker picture on fuel demand, with a smaller decline in crude stockpiles than expected and bigger builds than expected in gasoline and distillate inventories.

Crude stocks fell by 1.1 million barrels for the week ended Jan. 7, according to market sources citing API figures. That was less than the 1.9 million barrel draw that 10 analysts polled by Reuters had expected.

“Although market participants appear to be quite optimistic on overall growth in the first quarter, the recent API stocks show subduing demand. So it may be too early to be positive on the price rally,” analyst Liu said.

However, supporting the market was the U.S. Energy Information Administration’s upgraded oil demand outlook released on Tuesday, seeing total U.S. demand rising by 840,000 barrels per day (bpd) in 2022 from last year, up from a previous forecast for an increase of 700,000 bpd.

(Reporting by Sonali Paul in Melbourne and Koustav Samanta in Singapore; Editing by Richard Pullin and Jacqueline Wong)