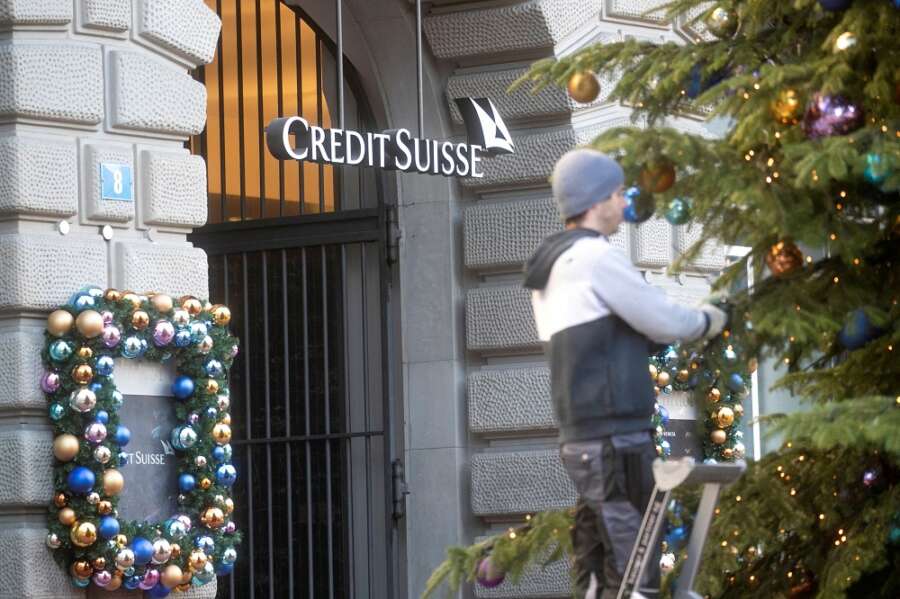 (Reuters) – Swiss lender Credit Suisse faces a litmus test over its rights issue, just one several trials markets must work through between now and year-end even if some are already gearing up for festive cheer.

U.S. data will provide a reality check on the shifting nature of inflation while policy makers at Australia’s central bank and OPEC+ ministers are due to meet.

Here’s a look at the week ahead in markets from Kevin Buckland in Tokyo, Pablo Mayo Cerqueiro, Dhara Ranasinghe and Karin Strohecker in London, and Ira Iosebashvili in New York.

Credit Suisse executives may need to sit down for an honest chat about whether the bank’s latest strategic plan is enough to rally investors.

Shares in the Zurich-based group hit new lows in recent days as shareholders were asked to pump about 2.2 billion Swiss francs into a restructuring programme aimed at reigning in its embattled investment bank.

The moment of reckoning will come on Thursday when the rights issue closes, potentially leaving the underwriting banks with a big chunk of leftover shares in their books.

As one fund manager put it, there are many other banks trading at discounted valuations with a clearer profitability outlook. Investors face a tough choice. 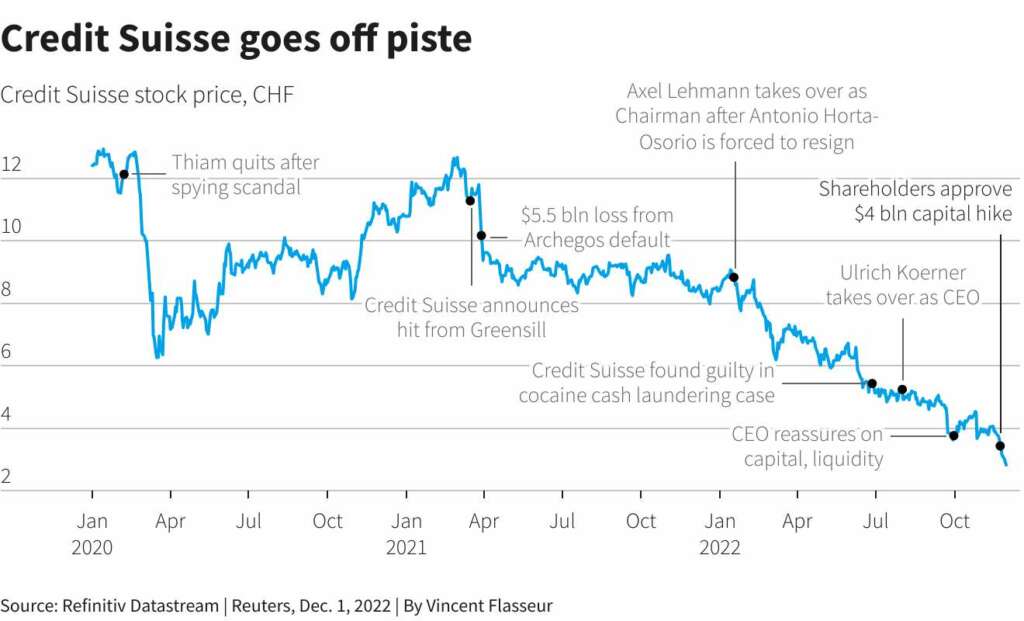 2/DON’T SLACK OFF YET

In a year full of twists and turns, markets know not to take any signs of calm for granted.

Mainland China’s biggest wave of civil disobedience since the 1989 Tiananmen protests is the latest curveball thrown at markets. Its impact on Beijing’s stringent COVID-19 policies and re-opening of the world’s No. 2 economy will be watched closely.

And with the Federal Reserve, European Central Bank and Bank of England meeting in coming weeks, the drama isn’t over. Speculation about how quickly a peak in interest rates will come remains in focus.

For some, the notion of peak rates, peak inflation and China’s reopening is reason enough for cheer. Emerging stocks just had their best month since 2009. After months of pain inflicted by high inflation and aggressive rate increases, perhaps it’s time to bring on the Santa rally. 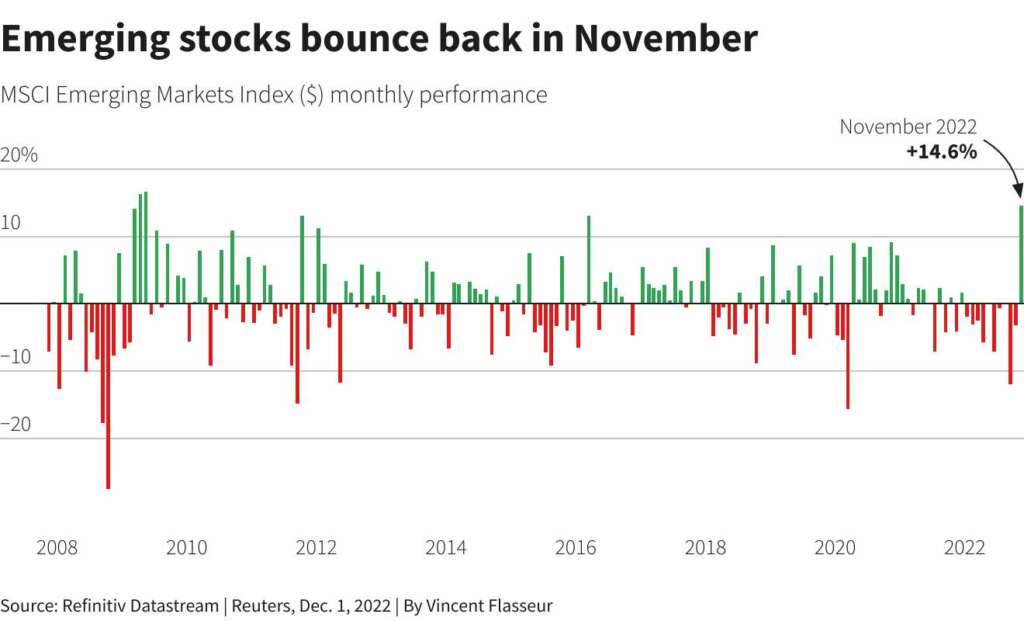 Monday’s U.S. service sector data will provide a signpost on how the economy is faring given 375 basis points of Federal Reserve rate increases to fight decade-high inflation.

October’s reading showed that businesses continued to face higher prices for inputs even as the service industry grew at its slowest pace in nearly 2 1/2 years, confirming inflation was shifting to services from goods.

Signs of this trend intensifying could exacerbate worries that higher prices may be more stubborn than expected despite the Fed’s all-out efforts.

That shift has also been on Fed chair Jerome Powell’s mind, adding to concerns over a tight labour market that will have to be brought back into balance. 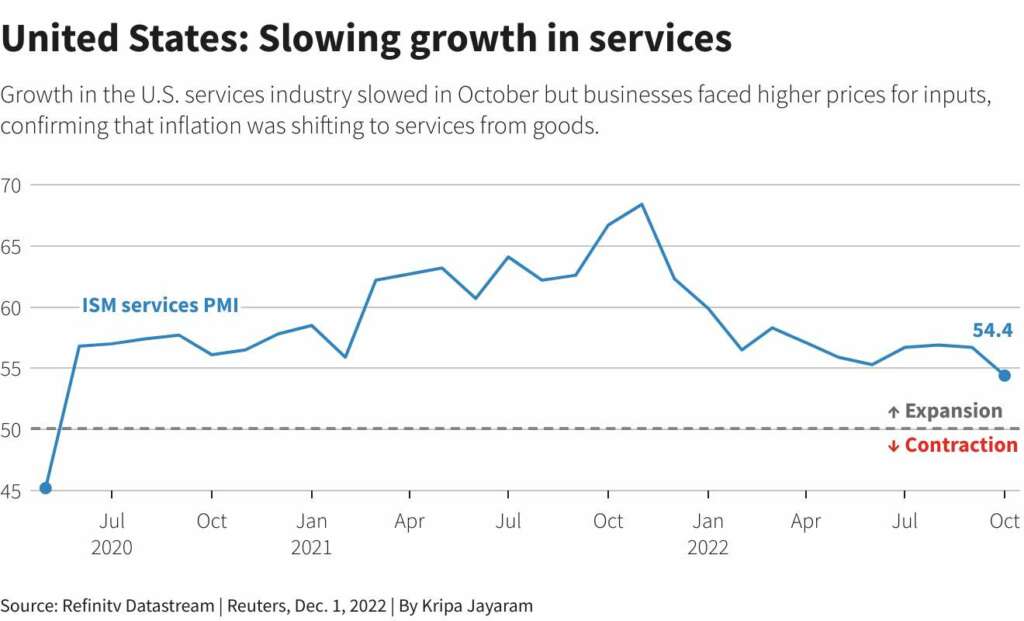 4/TAKING A BREAK DOWN UNDER

The Reserve Bank of Australia is as likely as not to leave rates right where they are on Tuesday, according to traders emboldened by signs of a peak in price pressures.

Inflation unexpectedly slowed in October, and quite sharply, leading money markets to bet it is a coin toss between a pause in the cash rate at 2.85% or another quarter-point bump.

Economists are more confident, unanimously picking an increase. But some now say a move in December could be the last for this cycle.

That wouldn’t necessarily cut short a rally in Aussie dollar, which recently has been driven more by China’s re-opening hopes and a retreating greenback than the RBA. 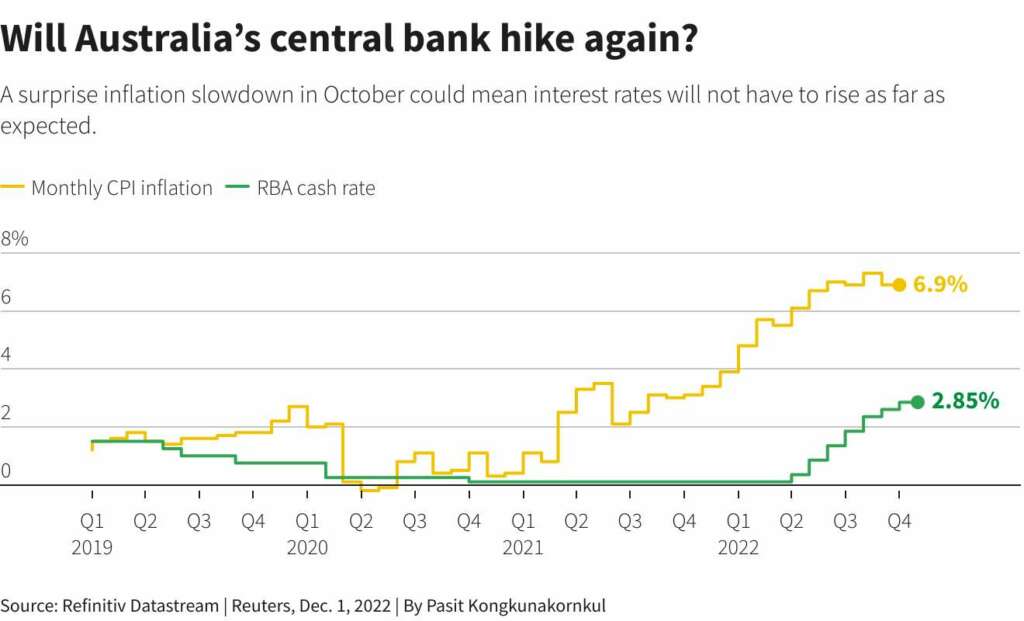 Representatives from OPEC+ crude producers meet on Sunday to discuss output targets for the world’s top producers were expected to gather in person in Vienna for only the second time since the pandemic.

A recent decision to meet online instead has raised doubts over whether the group will decide to deliver more supply cuts or leave policy unchanged. The meeting comes as markets are bracing for a pending European Union deal over the price cap on Russian oil, as well as a Dec. 5 deadline imposed by the bloc for a full embargo on purchases of Moscow’s seaborne crude.

China’s COVID lockdowns have added to pressure on demand and prices. Latest polls predict Brent oil prices will hold above the $100 level a barrel for the rest of 2022, but tick lower to around $93 next year as economic concerns prevail. 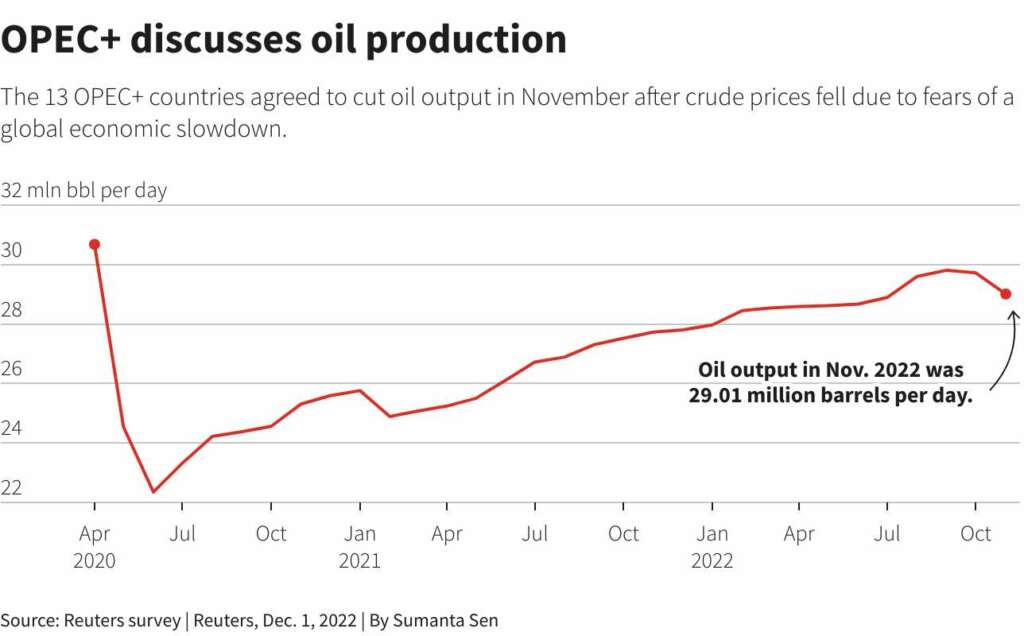