Home News Salesforce shareholders vote against proposal seeking audit on racial diversity, despite 2 out of 5 employees being white men
News

Salesforce shareholders vote against proposal seeking audit on racial diversity, despite 2 out of 5 employees being white men 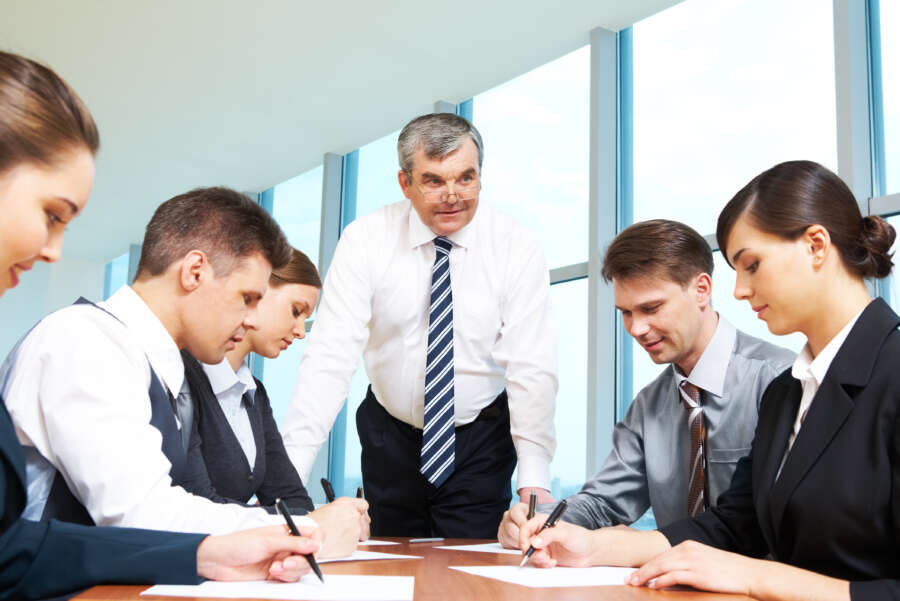 Salesforce investors today rejected a shareholder proposal calling for an independent audit of racial equity on the company’s impact on civil rights, diversity and inclusion. The vote follows a series of resignations from senior leaders in the company over what they described as “rampant microaggressions and gaslighting” and a “big gap from how Salesforce portrays itself and the lived experience” of working for the company.

Despite a target to have a workforce made up of 50% of underrepresented groups by next year, two in five employees are white. Since 2015, the company has only increased its percentage of Hispanic employees by 1.1%, and of Black employees by 2.3%. Continuing on their current trajectory, it would take Salesforce 12 years to reach this target.

In the proposal, Tulipshare claimed that by bundling “Women, Black, Latinx, Indigenous, Multiracial, LGBTQ+ employees, People with Disabilities, and Veterans” together to form the company’s definition of “underrepresented groups”, the company can continue to mask its legacy on race.

Antoine Argouges, CEO and Founder of Tulipshare commented: “Whilst we are disappointed that our proposal did not pass today, this vote was just the beginning in the fight for racial equity in tech. Polling we conducted for this campaign found that someone is more than twice as likely to experience racism if they work in tech. Tech companies need to urgently address racism and microaggressions in the workplace – and shareholders must realise their potential to influence racial equity in society”

“Salesforce has not yet disclosed the full outcome of the vote, but once the results are published we will consider our options for continuing the fight for racial equity at Salesforce.”

Recent events, including the murder of George Floyd and the disproportionate impacts of the Covid-19 pandemic have galvanized the movement for racial justice and equity. Although Salesforce hired its first Chief Equality Officer in 2016 and began releasing quarterly equality reports, the company’s diversity numbers barely improved. The percentage of Hispanic and Black employees at Salesforce merely inched up from 4% Hispanic and 2% Black in 2015 to 5.1% Hispanic and 4.3% Black in 2021.

Recent resignations from two Black women in prominent positions at Salesforce indicate a lack of progress regarding the company’s diversity and racial equity.

The first woman from Salesforce to publicly resign, a senior manager of research in business technology, asserted that there is a “big gap from how Salesforce portrays itself and the lived experience” of working for the company. She claimed she was “manipulated, bullied [and] neglected” while working within Salesforce’s “toxic environment”.

Later that month, a manager of design research and innovation resigned, alleging that Salesforce lacks accountability regarding diversity, equity and inclusion and the company’s “disingenuous marketing around equality” does not align with internal practices. She further stated that Salesforce lacks a proactive action plan to prevent underrepresented minorities from suffering “unchecked harm and trauma”.

Salesforce consistently fails to implement a proactive action plan to prevent harm to its Black, Indigenous, People of Colour (“BIPOC”), and instead simply refers employees who have suffered harm to “Warmline,” its employee advocacy program “to have confidential conversations.”

Even if Salesforce achieves its purported goal of having 50% of its U.S. workforce consisting of underrepresented groups by 2023, certain groups would likely remain underrepresented. Salesforce bundles “Women, Black, Latinx, Indigenous, Multiracial, LGBTQ+ employees, People with Disabilities, and Veterans” together to form the company’s definition of “underrepresented groups”. Combining all of those employees’ unique identities into one intersectional category allows Salesforce to seemingly reach its goal while still leaving particular groups underrepresented. On top of that, Salesforce’s goal of “doubling” its “representation of Black leaders” by 2023 would be a misleading achievement considering that only 1.5% of the company’s total leadership roles were comprised of Black employees in 2020.

You can find Salesforce’s most recent Equal Employment Opportunity Report here, which shows the vast disparity in representation amongst its employees.

Following controversies, Facebook and Starbucks conducted civil rights and equity audits that assisted each company to identify, prioritise, and implement improvements. These efforts provide an emerging model for such audits, typically conducted by a third party, in collaboration with experts in civil rights, and input from an array of stakeholders.

Tulipshare’s approach to improving diversity and inclusion within Salesforce is the most productive first step that we can take as activist investors – to request an independent third-party audit with input from civil rights organisations and communities wherein Salesforce operates. This type of report will provide greater transparency into diversity, equity, and inclusion (DEI) metrics at Salesforce and how they can be improved.

“CirculOil is a great company for the future.” Why nearly 200 investors have pledged to eliminate oil waste and help save our planet

Did the Kickstart Scheme really deliver on its promises?